THOUSANDS of Brits are now facing a desperate battle to get home from Portugal in the next four days to beat new amber list quarantine rules and £1,000 Covid tests.

More than 112,000 Brits are currently in the popular holiday destination and have less than 96 hours to get home before Portugal is removed from the UK’s green list. 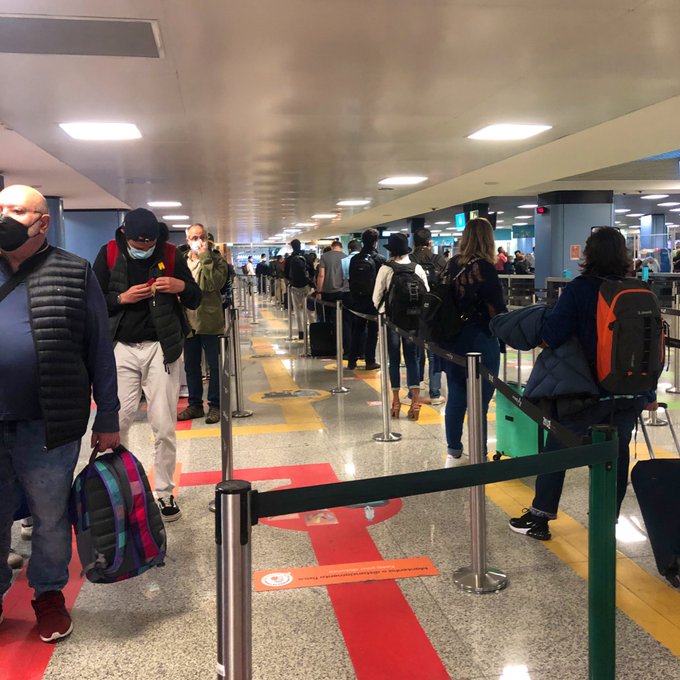 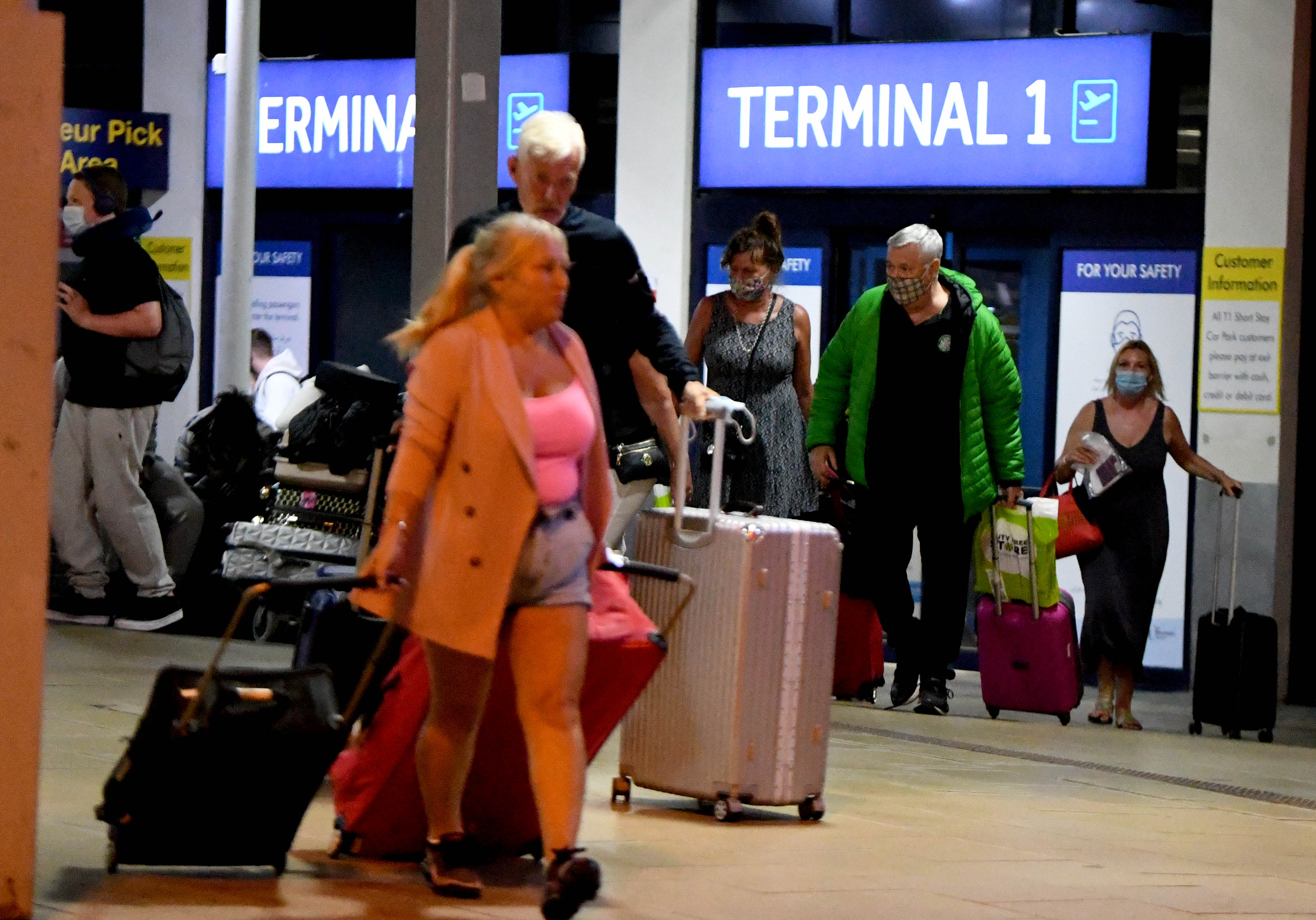 Seats on the last flights to London from the Algarve have shot up to a staggering £711 today as holidaymakers try to beat the deadline.

This means thousands have decided to cut their trips short to ensure they don’t have to quarantine when they touch back down in the UK.

British Airways today increased its number of flights from Portugal to help customers who wish to return before the country moves to the amber list.

Those now returning from amber list countries must quarantine at home for 10 days and take a PCR test on days two and eight.

They also must take a lateral flow test before boarding their return flight home.

Travellers will be able to pay for an additional third “Test to Release” on day five and if it is negative they can end their self-isolation early.

It means a typical family of four in Portugal face forking out £1,500 to purchase three sets of PCR tests – which cost £125 each – as well as the early “Test to Release” route.

Simon Smith, from Stamford in Lincolnshire, is currently in Lagos, Portugal, and is facing an agonising wait for tests.

“We're trying to get some testing organised but obviously the Government released the information yesterday and it was a bank holiday in Portugal which didn't help.

“We've got the flights booked for Saturday at 10 o'clock but we're being told by local doctors that it can be up to three or four days waiting for tests, so that we can fly.” 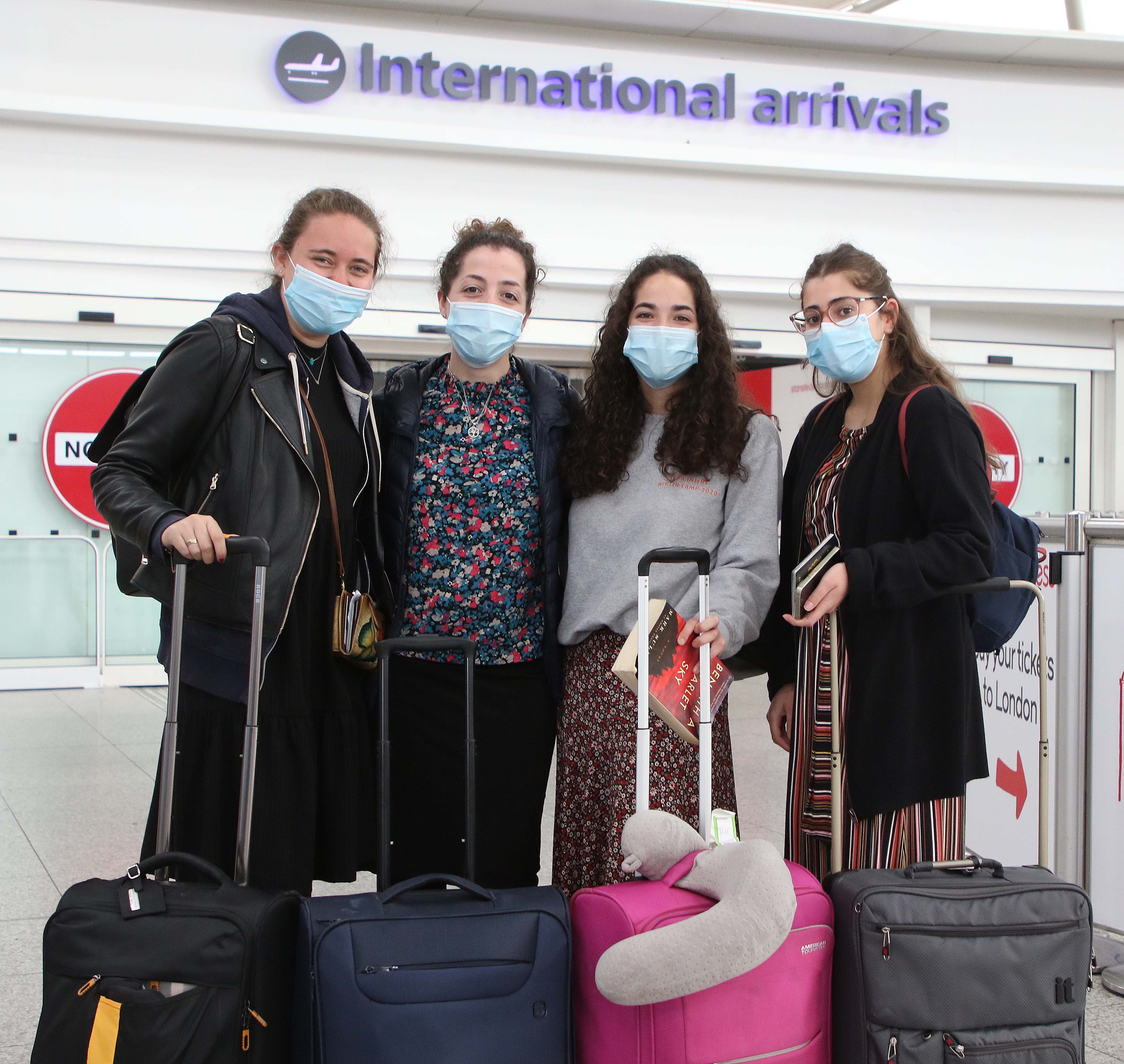 The 21-year-old students did not have to rush back but said their Airbnb host had been hit with a string of cancellations from Brits.

Judy said: “They are quite upset with that; I think they thought it was back to normal now.

“They really feel it is unfair as there are so few cases there, he thinks there are 50 there now.

“They wear masks outside there, we got told off quite a few times.”

Tamar added: “I’m not keen on the way they change the status, I don’t think it is fair on businesses that rely on tourists.

“Also for Brits that need to go on holiday, people have been looking forward to this for a year.

“I’ll be more cautious going away, we have already had a holiday cancelled before this.

“I thought that would be it it’d be green forever.

“The tests didn’t seem that good, they didn’t even zoom in on the photos, I said we could have
waved our GCSE results and it’d be fine.” 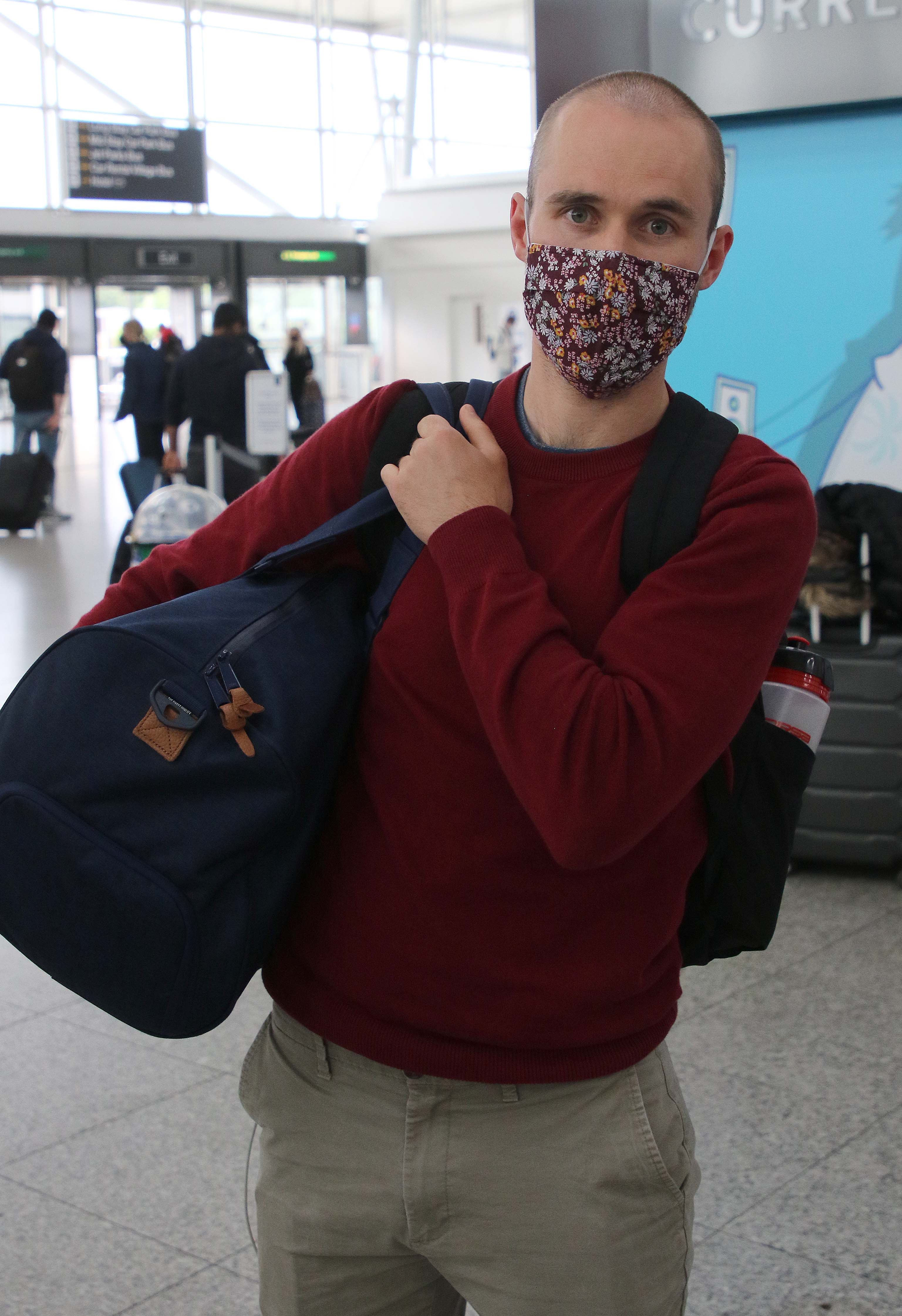 Josh Clements, 29, arrived back to London with his partner but almost couldn’t board his flight due to a government computer bungle.

“We almost couldn’t fly back as they wouldn’t let us on the plane as we couldn’t fill out our passenger locator form, we couldn’t do it because they wanted a booking reference number.

“They sent us an order confirmation rather than a booking reference and the government website wouldn’t let us through.

“It was super stressful, they were saying we couldn’t get on the plane even though we had the test.

“In the end we had to make up a reference number to fly home and no one looked at it, it was just like a quick glance.

“Last night we were up until 2am to get a lateral flow test.

“There was someone else at the hotel with the same issue as us, but no one was trying to beat the rush for Tuesday. We didn’t see many British tourists.”

He added: “No one checked it, you could flash any old piece of paper, we were so worried about not getting on the flight. No one looked at mine, it was just box ticking.” 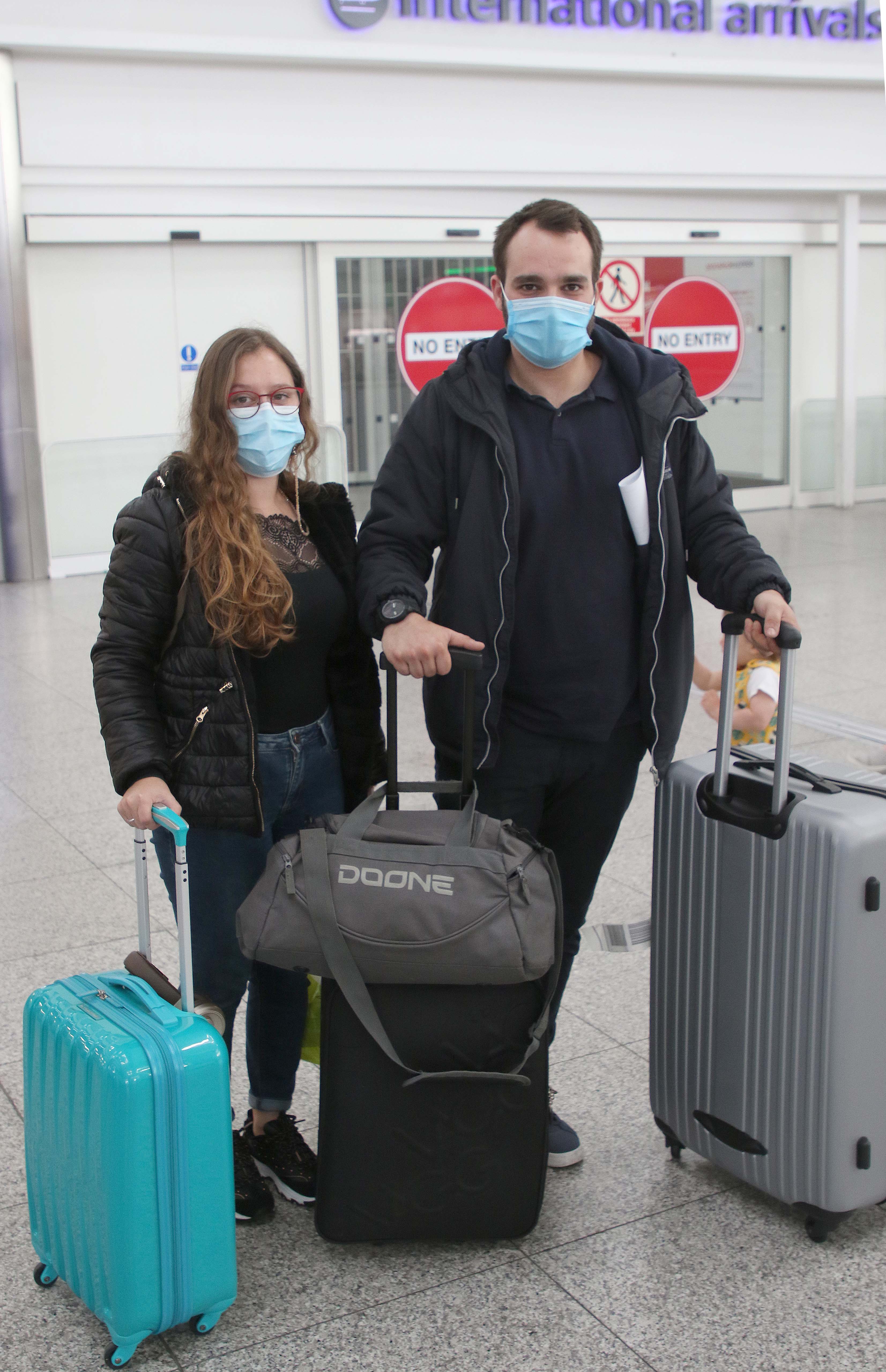 Andre Ferreira, 28, had returned home after seeing family for the first time in Portugal since the pandemic erupted with his partner Vanya Binho, 27.

He said: “What is the point of it changing after the Champions League?

“We just came back to the UK. We are Portuguese citizens.

“It doesn’t make any sense to us at all, after all the British citizens went there. The cases are not rising because of the flights or anything, even in the UK all the cases are increasing every day.

“I think it could have been handled better in Portugal and England too, it is all about politicians.

“Luckily we had booked the flight today or we would have been mad.

“This is the first time I have been home since the pandemic started, it is what it is that I can’t see family due to the change.”

‘I FEEL LET DOWN’

Karen Beddow felt let down after being forced to cut her family holiday to the Algarve short in order to avoid quarantine.

The 43-year-old, from the Wirral in Cheshire, travelled to a villa with her husband Matthew, three daughters and parents last month.

She was due to fly back on Tuesday but fearing Portugal would be added to the amber list, she changed her flights to fly back on Sunday – before the announcement was made.

She told the Mail: “I feel really let down because the whole thing about this green list was to give people certainty. We were told there would be three weeks' notice.

“It's all very stressful having to fix this as well. We had an afternoon of faffing and sorting out.” 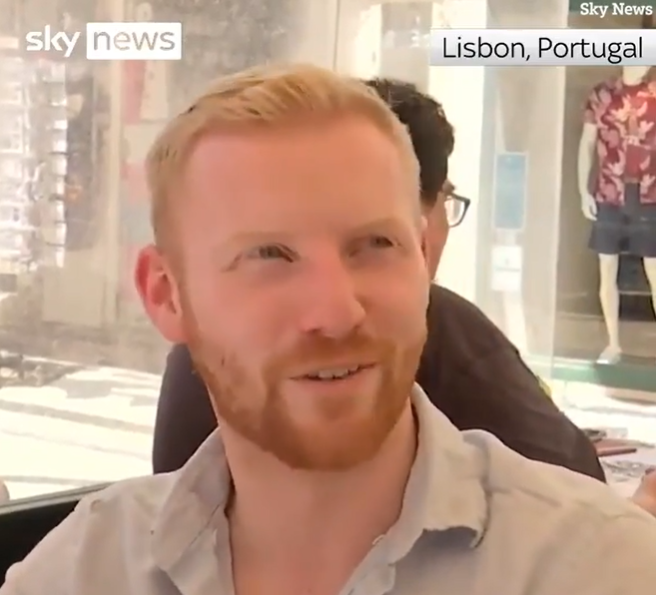 Brits today spoke of their frustration from the capital Lisbon after being told the country was going to be removed from the green list in just four days’ time.

A holidaymaker told Sky News: “It’s very frustrating because we came here because it was like ‘oh, we like Portugal and it’s on the green list so it’s fine’.

“But this is going to impact my work when I get back.”

A frustrated male holidaymaker said: “It’s a little bit unfair to everybody. You have to have a system where it’s either open or it’s closed.

“There’s families bringing out kids, and people who have booked holidays for a long time – if it’s closed, close it.”

Another added: “The constant changing of goalposts, that’s the frustrating side of things.

“If you’re going to open up travel, you need to commit yourself to that.” 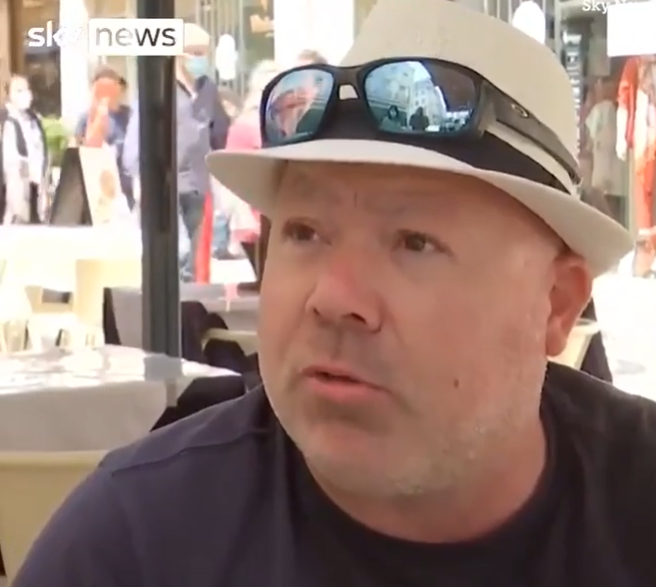 She said: “Part of us is thinking we might just go. We have saved up and are in a position to do it. And we just love it there.

“But the issue is with the rules, which seem to be changing all of the time, the quarantine and the costs of the testing for four of us.

“If we do say 'sod it' and go, what then happens if the country is placed on the red list?

“The trip isn't for another eight weeks so things could change several times before then.”

5 Rothy's Lookalikes That Are Just As Chic As Meghan Markle's Flats, But a Fraction of the Cost

Novak Djokovic No Longer Has Coronavirus 10 Days After Testing Positive

Sky Atlantic's Little Birds: Who's in the cast, what's it about and who inspired it?

Which Covid-19 vaccine is better and how soon will we get it?