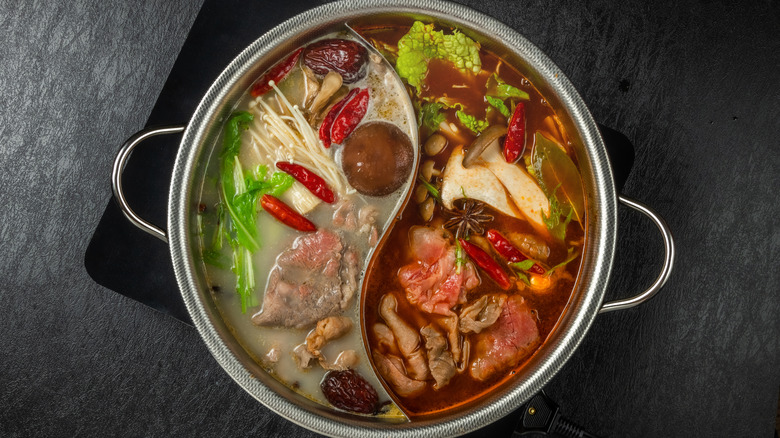 Health organizations recommend limiting sodium and trans fat, which brings up the question: Is Chinese food bad for you? The answer depends on what you order. Soy sauce, shrimp chips, and other Chinese specialties are high in sodium, but you can still enjoy them every now and then. Better yet, choose healthy options like steamed fish, Buddha’s delight, or stir-fries.

There’s no such thing as “good” or “bad” foods, points out the Academy of Nutrition and Dietetics. An occasional serving of egg rolls or fried rice is unlikely to affect your health — or your waistline. But it’s one thing to enjoy these foods once or twice a year, and another thing to include them in your daily menu. Like with most things, moderation is the key.

Chinese food is more or less healthy, depending on the cooking method and ingredients used. Egg rolls, for example, boast a whopping 223 calories, 24 grams of carbs, and over 10 grams of fat per piece, according to MyFoodData. Wonton soup, by comparison, has roughly 70 calories, 12 grams of carbs, and less than 1 gram of fat per cup (via MyFoodData). Choosing one over the other comes down to your health goals.

Chinese food can be high in sodium, sugar, and trans fats 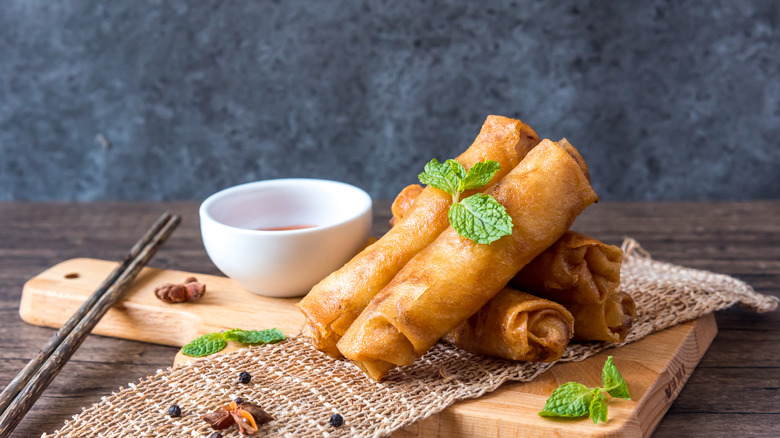 General Tso’s chicken and other Chinese dishes are often loaded with sodium, sugar, and trans fats. Some specialties also contain monosodium glutamate (MSG), a potentially harmful food additive (via the Mayo Clinic). Any of these ingredients can harm your health when consumed in excess.

High-sodium diets, for example, may increase your risk of stroke, heart failure, kidney stones, and stomach cancer, warns the American Heart Association (AHA). Excess sodium also raises blood pressure, which may lead to cardiovascular problems in the long run. AHA recommends no more than 1,500 milligrams per day for optimal heart health. A single tablespoon of soy sauce provides 880 milligrams of sodium — that’s more than half the maximum daily salt intake (per MyFoodData).

Chinese chefs also use a lot of sugar as a spice. Sweet and sour chicken, for instance, contains about 39 grams of carbs, including 19 grams of sugar, per serving (5.8 ounces), according to MyFoodData. On top of that, many foods are fried or cooked with large amounts of oil and high-fat sauces. 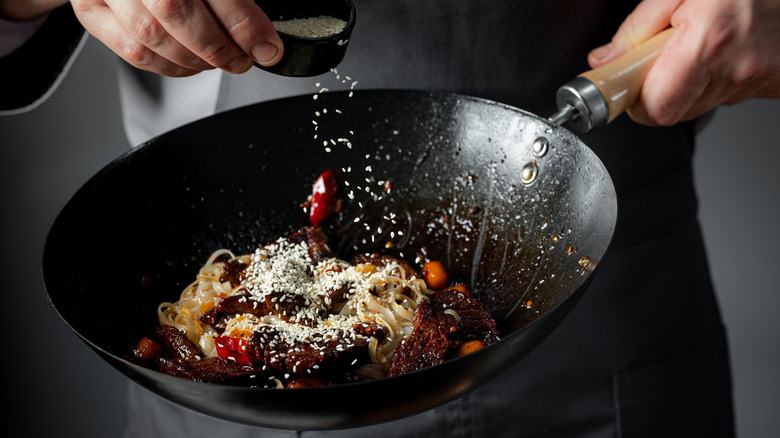 Chinese people tend to focus more on food texture, flavor, and aroma, and less on its nutritional value, notes EthnoMed. The same source reports that traditional Chinese foods are rarely deep-fried. However, most Chinese restaurants in the U.S. serve spring rolls, crab puffs, ginger beef, and other deep-fried dishes to meet the demand for western food.

Many so-called “Chinese” dishes, such as General Tso’s chicken, were created with the American consumer in mind. They also contain a lot more soy sauce and other ingredients compared with traditional Chinese food. Some dishes, like chop suey, egg foo young, deep-fried chicken wings, and anything with broccoli, are not authentic Chinese foods, says The Huffington Post.

Despite these differences, you can still find healthy food options in American-Chinese restaurants. Steamed rice or vegetables, wonton soup, Kung Pao chicken, and egg foo young are all a good choice. If you are on a diet or trying to eat healthier, ask for extra veggies and skip the noodles. Choose brown rice instead of white rice and cut back on soy sauce. Look for stir-fried, steamed, or braised dishes and limit deep-fried foods.

So, is Chinese food bad for you? Yes and no. Egg rolls, deep-fried beef, and other high-sodium or high-fat foods can skyrocket your cholesterol levels and blood pressure. However, they’re unlikely to affect your health if you enjoy them in moderation. What matters most is your overall diet. Remember that you can always use healthy ingredients to recreate your favorite Chinese dishes at home.

Is Diogo Dalot eligible to play for AC Milan vs Man Utd tonight?

'The Challenge': A Past Contestant May Have Insinuated the Show's Paying Her Whether She Wins or Not

Simon Cowell will be 'back on his feet in three weeks'

Queen of Glory Review: A Winning Indie About Immigrant Identity