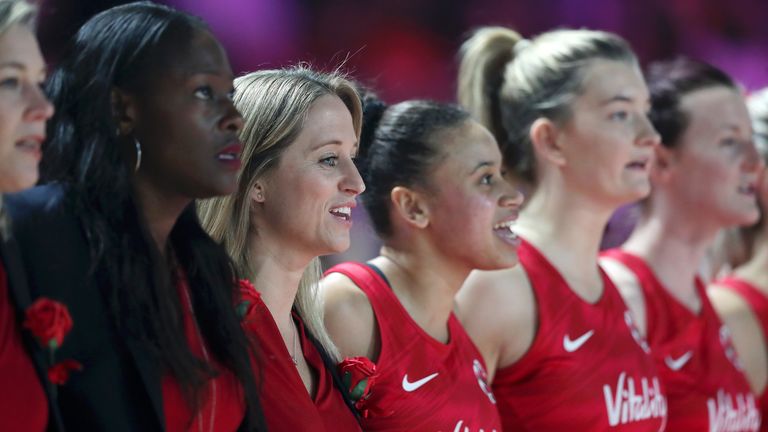 Jess Thirlby has shared that she feels “quite spoilt for choice” when it comes to England’s national squad and two experienced defenders – Geva Mentor and Sonia Mkoloma – give their thoughts on the Vitality Roses’ defensive end.

The Roses head coach has been at the helm since July last year, and before the current global situation arose, she led the national side on tours to Australia, New Zealand and South Africa, as well as at a home Vitality Nations Cup competition in January.

After an intense period for many members of England’s elite squad, which culminated in a bronze medal at the 2019 Netball World Cup, a number decided to step away from the international arena and take time to rest both their bodies and minds.

Captain Serena Guthrie, Mentor, Jo Harten and Helen Housby, all were unavailable for selection by Thirlby, however she saw that as an opportunity as opposed to a hindrance.

“We should identify with the successes of the Roses and celebrate them but we each need to earn our right to have similar or more success,” Thirlby stated before a single match had been played under her watch.

“We can’t just lean on that, inherit that and expect it to just continue. The expectation is on our shoulders now, that’s the great thing about sport is that there’s nowhere to hide.”

Following a maiden camp together in Sedbergh, a behind closed doors tour to the Southern Hemisphere followed. After that came a victorious Test series in South Africa and finally the Vitality Nations Cup provided further learning opportunities.

“I feel quite spoilt for choice in some ways, even given the situation that we find ourselves in,” the head coach said to Sky Sports’ The Netball Show in May. “The strength in depth at the moment across the Roses programme is in a pretty good place.

“There are certain players who really stepped up in the last few months. To go up against the likes of South Africa, which for some of them was their first international exposure, get that experience and come away with the series victory I think exceeded a lot of people’s expectations. Competition for places is an absolutely integral medium for any high-performance team and national setting.

“I think it really set the tone in the sense that those players weren’t just there to keep the seats warm of those who were taking well-earned rests, they were clearly there to compete.

“Where we’ve arrived now is exactly where I’d hoped that we’d be… there’s not one player from that World Cup squad who doesn’t want to come back. All be it, Eboni [Usoro-Brown is expecting her first baby later on in the year. That’s a great position to be in.”

When it comes to the Roses’ defensive end, Mentor has been ever-present since making her debut in 2000. Over the course of her 146 caps she’s shown herself to be a world-beating defender.

For England’s bronze medal match in Liverpool and for the Commonwealth Games final in 2018, Usoro-Brown was her defensive partner but another high-class defender, who is now assisting Thirlby knows her extremely well too.

Sonia Mkoloma made her England debut a year prior to Mentor, and the way in which she treated the young defender, has not been forgotten by the 35-year-old.

“When I came into the fold, Sonia was GK. So, I came in and watched what she did out on court. I sat on the bench and I bided my time.

“Then, when I got on court, I sort of pushed her out to GD and I played GK.

That can go one way or the other when it comes to the older player; you can either respect the newbie, embrace them, nurture them and bring them through. Or, you can see it as a threat, not share anything with them and make it about a competition to get positions on court. 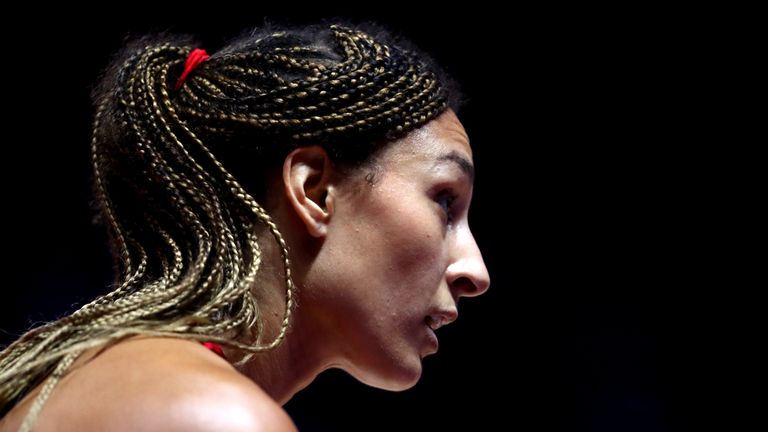 “Of course, you are all fighting for that position on court, however, the respect Sonia gave me showed that it’s about sharing knowledge and being best defensive unit out there.”

The relationship between Mkoloma and Mentor went the distance, finally being separated when Mkoloma retired from international netball, and the former defender shared the keys to its success.

“We both spent a lot of time on the bench when we were coming through,” Mkoloma added.

“That time is so important to watch and observe who you’re going to be playing with. It’s about communication too.

Got to spend some good old fashion catch up times with my old teammates @GevaMentor @tamsingreenway @SkyNetball to talk all things Netball, share memories and life after sport. https://t.co/pSRpHElYOq

“The trust between us was there, if I called left, I knew that she was going to do it. That also builds over time.

“The combination of communication, trust and the friendship on and off the court, helped us move together as a formidable force.”

With their close relationship and equally high levels of knowledge about the game, the duo have had discussed the new defenders rising through the Roses’ ranks.

Summer Artman, Razia Quashie and Kate Shimmin are three of the ‘freshest’ faces with just 20 caps between them, in contrast, the returning Stacey Francis has 73 under her belt.

“The partnerships aren’t there yet. I think that they will come in at different stages,” Mkoloma said. “I think that it is about time and it’s about combinations growing.”

“I think the important thing that I have with Layla, Jodie and Stacey is that adaptability. They have to be able to try out different combinations and the connection that you have with someone is so important.

“You can have the athleticism, but you need to have that connection and ability to be able to adapt to the people around you.

“I’m excited to see what it will be like, bringing back the likes of Layla and Stacey and hopefully myself back into mix. Hopefully, we can impart a lot of our knowledge on these younger players coming up through.”

Chris Packham health: ‘I’m anything but normal’ Star opens up about his condition

GOP congressman gets stuck upside down during Zoom House meeting

My five-year-old son refused to clean his room so I chucked out all his toys, I refuse to raise a disrespectful boy