Justin Timberlake is showing solidarity for ex girlfriend Britney Spears, telling fans on Twitter, “We should all be supporting Britney at this time.” Timberlake posted a thread of tweets on June 23, just hours after Spears addressed her “abusive” conservatorship during a court hearing. Spears made a shocking 23-minute virtual testimony, where she told Judge Brenda Penny how her 13-year conservatorship — largely overseen by her father, Jamie Spears — left her “traumatized.” Since 2008, Spears has been unable to access her finances nor make decisions based on her health or family.

Most alarmingly, Spears alleged she had little autonomy over her body — saying she was drugged against her will and even had her reproductive rights taken from her. She told the court she had been forced to take lithium each morning after she refused to go ahead with her Las Vegas residency in 2019, which made her feel “drunk,” per CNN. The mother-of-two also testified she had to have an IUD inserted (a form of birth control) “because they don’t want me to have children.” Spears, who’s been with her partner, Sam Asghari, since 2016, claimed she wanted to “get married and have a baby.”

“I was told right now in the conservatorship I’m not able to get married or have a baby. I have an IUD inside of myself right now so I don’t get pregnant.” The president of Planned Parenthood Alexis McGill Johnson called it “reproductive coercion,” and Spears’ ex-boyfriend Timberlake even said: “No woman should ever be restricted from making decisions about her own body.” 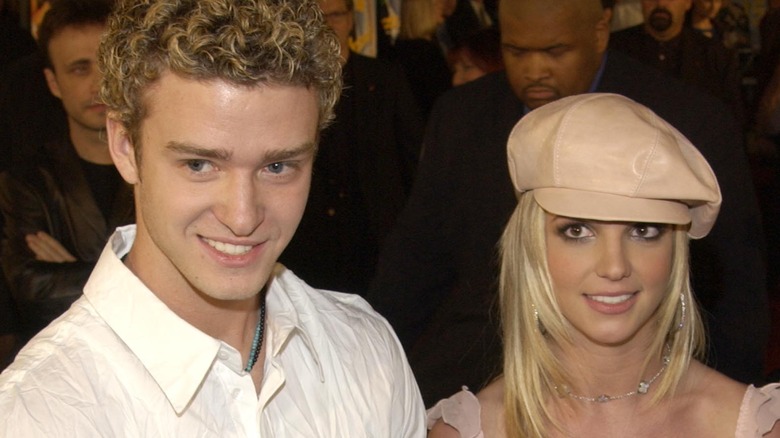 Justin Timberlake said that despite his infamous history with Britney Spears, he supports her and she deserves to live her life “however she wants to.” Timberlake broke his silence on Twitter about Spears, whom he very publicly dated from 1998 to 2002 after meeting on the “Mickey Mouse Club” as children. “Regardless of our past, good and bad, and no matter how long ago it was… what’s happening to her is just not right,” Timberlake wrote.

The “Senorita” singer explained that Spears shouldn’t “have to ask permission” about her income or body. “No one should EVER be held against their will… or ever have to ask permission to access everything they’ve worked so hard for.” Timberlake ended his Twitter thread by saying he and wife Jessica Biel are sending love, which Biel retweeted. “Jess and I send our love, and our absolute support to Britney during this time. We hope the courts, and her family make this right and let her live however she wants to live.”

Considered one of the early 2000s “it” couples, Timberlake and Spears ended in 2002 with Timberlake alluding to Spears cheating on him during his music video “Cry Me a River.” Timberlake faced backlash earlier this year after the documentary “Framing Britney Spears” highlighted his relationship with the singer. “I specifically want to apologize to Britney Spears and Janet Jackson both individually, because I care for and respect these women and I know I failed,” Timberlake shared to social media.

Women shocked to learn that many men never wash their hands

Where Does Pink Live And How Big Is Her House?