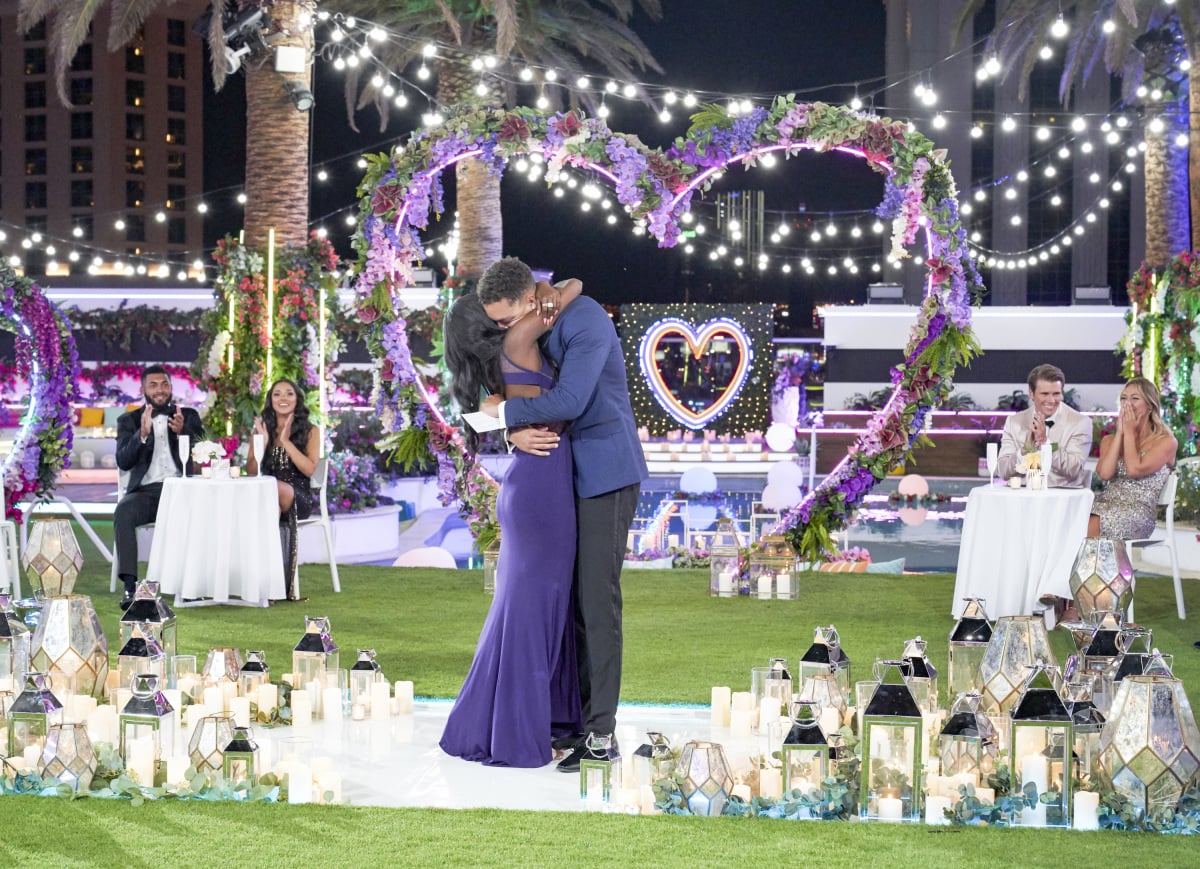 When Love Island USA‘s second season began, I was apprehensive about a lot of things, including the future of the sole Black woman of the original cast, Justine Ndiba. Reality TV doesn’t have a great history when it comes to the treatment of Black Women in general, but Love Island has an especially grim past when it comes to Black contestants trying to find love. “We didn’t find anyone who liked us. It was always someone coming in and saying ‘My type is blonde and petite,'” Love Island UK‘s Yewande Biala told 1Xtra Talks about struggling on the show alongside winner Amber Gill, who is mixed race, and Anna Vakili, who’s Iranian. “We’d just look at each other and say ‘They’re obviously not here for us.'”

So, when I saw Justine enter the Las Vegas villa in all her glory, I was immediately consumed by the worry that the same story would play out again — which it did for the first several episodes. But then, on day five, Caleb Corprew entered the scene, and as the Canadian rapper formerly known as Jimmy Brooks once said, “Nothing was the same.” Fast-forward to the season’s final episode, and the winners of Love Island‘s second season are Justine and Caleb, the first Black couple to win in the entire franchise!

This Conditioner Saved Olivia Wilde's Brows After ‘15 Years of Baldness’

What date is Uefa Super Cup, where is it being held and will fans be allowed to attend?

'The Devil All The Time': When Will the Tom Holland and Robert Pattinson Movie Hit Netflix?