The secret’s out! After revealing her baby bump in her “Never Worn White” music video, Katy Perry opened up about her pregnancy in a revealing Instagram Live video.

“I am excited,” the singer, 35, said in the Thursday, March 5, social media upload. “We’re excited and happy. It’s probably the longest secret I’ve ever had to keep. I like to tell you guys everything, but I knew I would tell you in the best way, which was through a piece of music because that’s how I speak to you. That’s how we speak together with each other.” 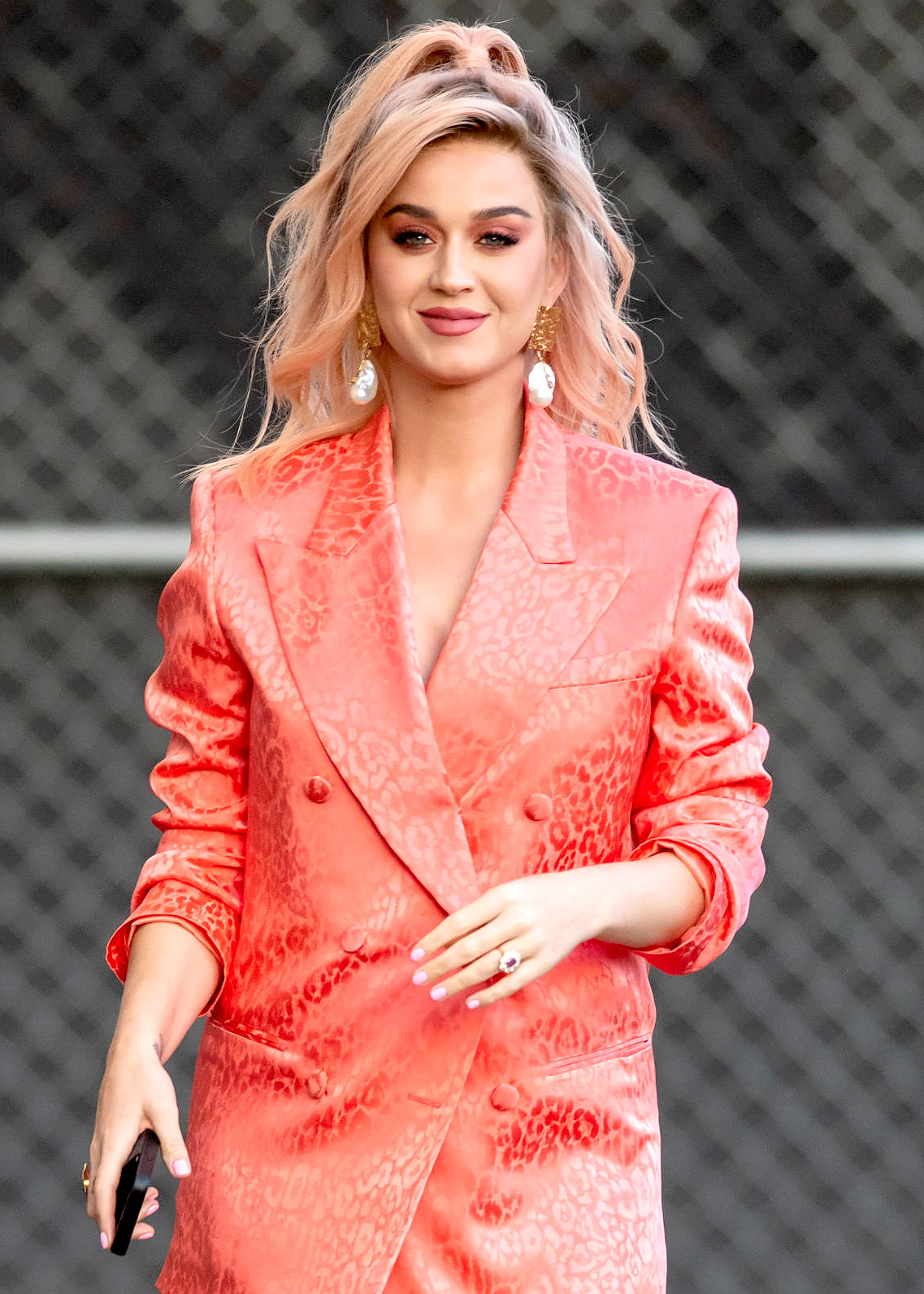 The American Idol judge, who got engaged to Orlando Bloom in February 2019, hinted at their little one’s due date and her next album’s release date, adding, “There’s a lot that will be happening this summer. Not only will I be giving birth literally, but also figuratively to something you guys have been waiting for. So let’s just call it a double whammy.”

The “very hungry” Grammy nominee chewed on dried mango while she spoke to her fans, saying she has been grossed out by red meat. Instead, the “I Kissed a Girl” singer carries Tabasco sauce in her purse and has “been eating the same burrito for weeks on end.”

As for the California native’s dog, Nugget, he is doing well but may have a hard time in the summer when “another” nugget joins the family.

Perry gave her followers a glimpse of her baby bump in her yellow and pink-striped dress in the Instagram footage, talking about how she has always “felt like a mother.” She first showed her budding belly in Thursday’s music video as she cradled her stomach in a white gown.

In October 2018, a source told Us Weekly exclusively that the “Teenage Dream” songstress and her then-boyfriend, 43, wanted to have a child together “ASAP.” Bloom already shares his 9-year-old son, Flynn, with his ex-wife, Miranda Kerr.

The insider added at the time: “It’s something they’ve talked about a lot.”

Perry and the actor started dating in 2016, and being around Flynn has “matured” the American Music Award winner. “I guess this is adulting,” she told Ellen DeGeneres in September 2019. “I used to not wake up until 11 a.m. and now I’m in bed like a normal person at 10 p.m., just, like, falling asleep.”

Things You May Have Missed In Justin Bieber’s Anyone Video

‘The Vast of Night’ review: Indie breakout gives you hope for sci-fi

‘Love Island’ Has Been Postponed Until 2021 By ITV

Pray Away, Conversion Therapy Doc From Ryan Murphy and Jason Blum, to Debut on Netflix