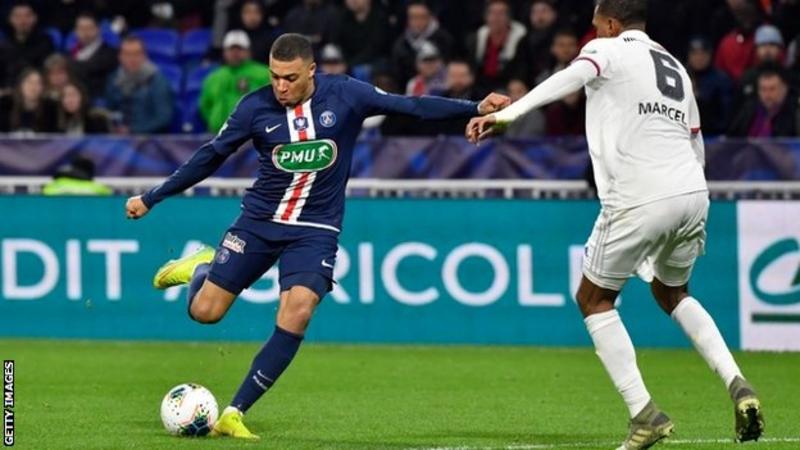 Martin Terrier gave Lyon the lead but Mbappe levelled from inches out and Neymar scored a penalty after Marcal’s handball, which earned the Lyon player a second yellow card.

Mbappe scored a brilliant second as he won the ball in his own half before going all the way and scoring.

Thomas Tuchel’s side will face Saint-Etienne or Rennes – who meet in the other semi-final on Thursday – in the final on 25 April.

The French champions lost on penalties to Rennes in last season’s final after winning the previous four.

PSG are unbeaten in 23 domestic games. They sit 13 points clear at the top of Ligue 1 and face Lyon in the French League Cup final on 4 April.

Analysis: As mid-majors close the gap and pull upsets, parity grows in women’s game for even more Madness