Labor has put the seat of Higgins in Melbourne’s Liberal heartland on its list of winnable electorates for the second campaign in a row even though former leader Bill Shorten was accused of hubris for his decision to target the seat at the 2019 election.

Liberal incumbent moderate Katie Allen concedes the unpopularity of Prime Minister Scott Morrison is likely to weigh against her in the wealthy electorate stretching from South Yarra in the west to Ashburton and Hughesdale in the east. 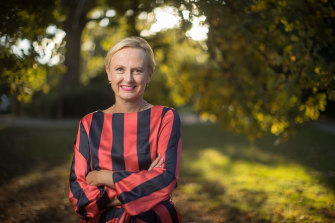 The Liberal incumbent in Higgins, Katie Allen, concedes Scott Morrison is unpopular among her constituents.Credit:Simon Schluter

“They’re not so happy with Scott, there’s no doubt about that,” Dr Allen said.

Higgins was home to former Liberal treasurer Peter Costello, and was previously held by Liberal prime ministers Harold Holt and John Gorton. It has never been held by Labor, but Dr Allen’s margin slipped to just 3.9 per cent after a significant swing to Labor at the last election.

“There’s no denying that I’ve got more popularity probably than he does [in Higgins]. But I say to [voters], ‘What do you think about Albo?’ Who is he? What does he stand for? They actually don’t like him any more. It’s not like Albo’s presenting as some sort of charismatic leader.”

Labor sources, speaking on condition of anonymity to discuss internal matters, say the party would likely spend hundreds of thousands of dollars in the seat after the party’s campaign team concluded it was in with a chance.

Labor ran full-tilt at the seat in 2019 with high-profile barrister Fiona McLeod, and poured resources into winning. It achieved a swing against the government of 6 per cent but still fell thousands of votes short of victory.

Labor’s 2022 candidate, Michelle Ananda-Rajah – like Dr Allen, a highly credentialled doctor – said she was hopeful Mr Morrison would visit the electorate during the campaign.

“I’d be delighted if Scott Morrison comes and visits. It would be fantastic. I just wonder what the reception would be,” Dr Ananda-Rajah said. “There’s a furious rebranding going on here with inner-city seats like Higgins, where the Liberal incumbents are trying to distance themselves from Scott Morrison.”

But Dr Allen said she would be happy to see him visit Higgins. “I’m a big fan of the Prime Minister.”

“There’s been a lot of negativity towards his prime ministership, they’ve directed the attacks at him at a personality level. And that has definitely had an effect. And they do say they love me, they’re not so happy with Scott, there’s no doubt about that.” 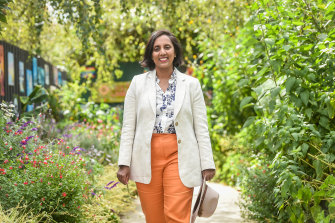 Labor’s Higgins candidate Michelle Ananda-Rajah while out doorknocking in Carnegie on Thursday.Credit:Justin McManus

In 2019, after Liberal MP Kelly O’Dwyer retired, the seat became a hard-fought battle between Labor, the Liberals and the Greens. But as it battled to seize Higgins, Labor narrowly missed out on the seat of Chisholm, held by the Liberal Party’s Gladys Liu, by just 550 votes. Chisholm is directly east of Higgins.

“Imagine if they put all of the money into my neighbour?” Dr Allen asked.

“They misjudged it last time completely. They thought there’d be a 20 per cent swing – they literally thought the seat was in the bag,” said Dr Allen, who estimated Labor spent up to $700,000 trying to win Higgins in 2019. 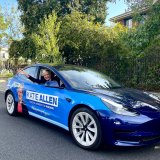 Labor’s 2019 focus on the blue-blood seat was viewed in hindsight as overreach by Mr Shorten’s campaign team and, after the election, Labor hardheads resolved to restrict their focus to traditional mortgage-belt seats such as Chisholm. But internal party polling over a period of months has convinced sceptical Labor strategists that it is competitive in the seat, which justified spending money there.

After Dr Ananda-Rajah was selected as Labor’s candidate, the Liberal Party targeted comments she made in 2021 over the AstraZeneca vaccine.

A respected infectious diseases doctor who worked in The Alfred’s COVID-19 ward during the pandemic, Dr Ananda-Rajah backed the Pfizer, Moderna and Novavax vaccines but was one of many medical experts in the early days of the bungled vaccine rollout who had concerns over AstraZeneca.

She said during a Q+A appearance on the ABC in February 2021 that AstraZeneca had “failed in terms of its efficacy” against the South African variant of coronavirus circulating at the time.

The Greens’ candidate for Higgins, Sonya Semmens, said her party was again in the running to take the seat, saying its 110,000 residents in the electorate were “younger and more progressive than ever”. Higgins’ western corner covers the same areas of South Yarra and Prahran that the Greens hold at the state level.

Ms Semmens said she had been at train stations every morning for five months talking to voters. “They’re telling me they’re sick of the shambolic Morrison government and … don’t want an MP like the Liberal incumbent who says she cares about climate but then votes the same way as Barnaby Joyce.”

Gay Alcorn sends an exclusive newsletter to subscribers each week. Sign up to receive her Note from the Editor.

33 Clever Instagram Captions For Graduation Pics With Your Degree