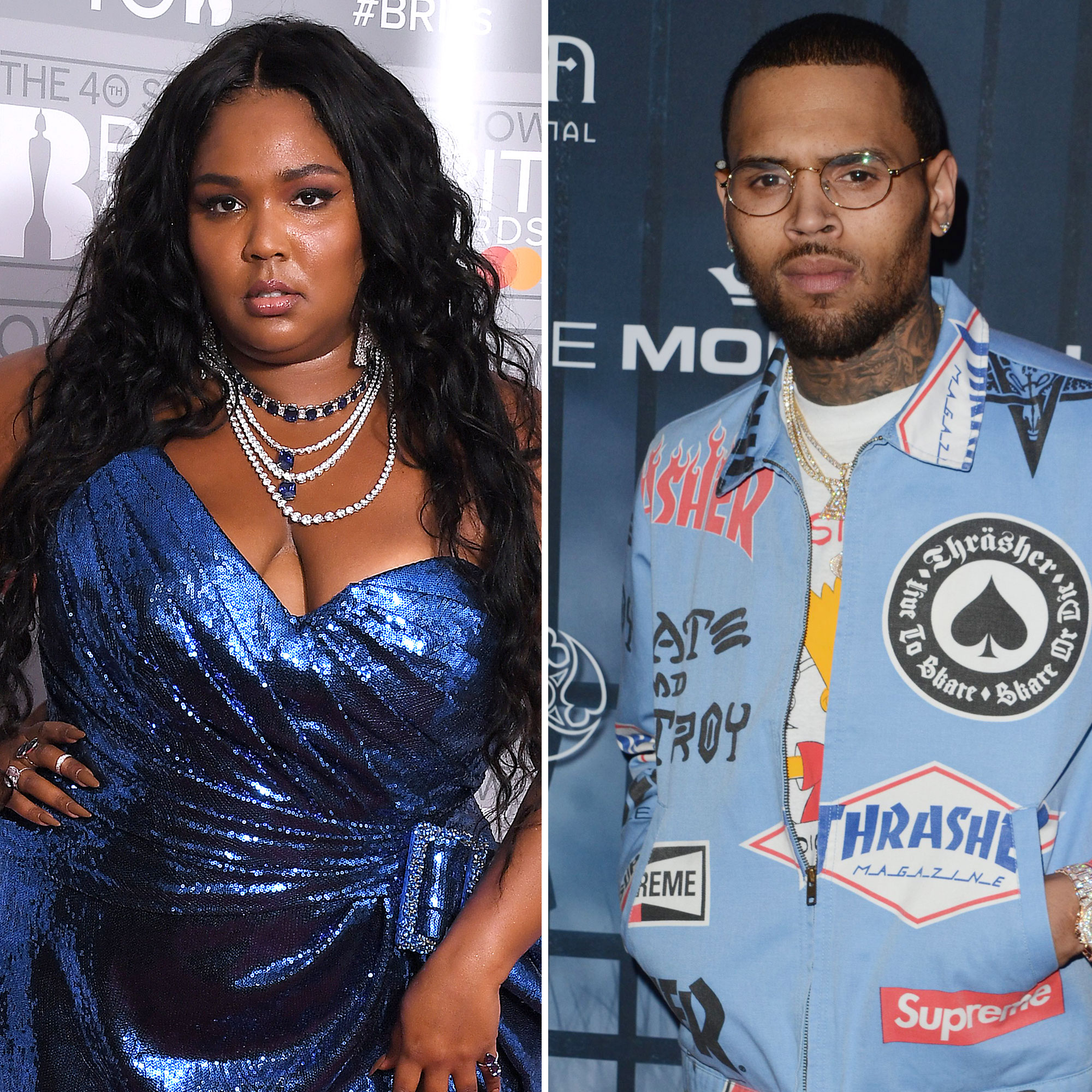 The truth hurts? Lizzo is facing backlash after she was seen fangirling Chris Brown in a recent video.

While backstage at the Millennium tour, which features a lineup of early aughts artists including Ashanti, Soulja Boy and Omarion, the 33-year-old “Juice” singer, whose real name is Melissa Jefferson, excitedly asked Brown, 32, to take a photo with her.

“Can I get a picture with you? Because you’re my favorite person in the whole f*cking world,” she’s heard asking the R&B artist in a 24-second video a fan posted to Twitter on Saturday, October 2. The two then posed for a series of photos together, including a group shot with Lizzo’s dancers.

Fans online were unhappy with the interaction due to Brown’s history of abusive behavior that first became public in 2009 when the “Forever” singer was arrested for physically assaulting his then-girlfriend, Rihanna. Brown pleaded guilty to the felony and served five years of probation. He also did community service and attended domestic violence counseling.

In 2016, Brown was accused of pointing a gun at a woman named Baylee Curran after she allegedly admired a piece of jewelry at his house. At the time, the Virginia native’s lawyer claimed that Curran “fabricated” the story and Brown later said his character was being “defaced” by the allegation. The case was dismissed due to lack of evidence.

More recently, Brown was accused of striking a woman following an alleged interaction at his Tarzana, California home on June 14. According to the police report, the suspect was “not at the location” when officers arrived on scene. Brown and his reps have not publicly addressed the allegations. It was the second time that law enforcement had been called to Brown’s home in just over a month. The LAPD previously showed up at the Stomp the Yard actor’s estate on May 6 to break up a party.

After his encounter with Lizzo, some fans shared their concerns on Twitter, with one fan writing, “IM PISSED OFF MAN,” while another one shared a clip from Real Housewives of Atlanta alum NeNe Leakes saying, “you are stupid, you’re not smart” to express their disappointment in Lizzo’s comment. Someone else, while let down by the “Cuz I Love You” singer, pointed out that she is not the first to support the singer. “Chris Brown being your fave person is just really pathetic,” they wrote. “BUT 90% of y’all faves including mines have worked with that man so don’t act brand new with Lizzo.”

Lizzo has yet to address the backlash, but she did post photos from the Millennium Tour on her Instagram. However, she did not share the photos of her and Brown on her feed.

Which penis enlargement medicine on the internet is the best?