Return of the FROW! London Fashion Week will host live shows again this month for a slimmed-down audience- after the event went digital for the first time in June due to lockdown

It comes after the previous event went digital and gender neutral for the first time ever due to lockdown restrictions amid the coronavirus pandemic.

The event, which is set to take place between September 12 and 22, will see over 80 designers showcasing their designs, according to France24.

While seven of the shows will proceed to take place in front of a condensed live audience, 21 will be an amalgamation of physical and digital, while the other 50 will take place online. 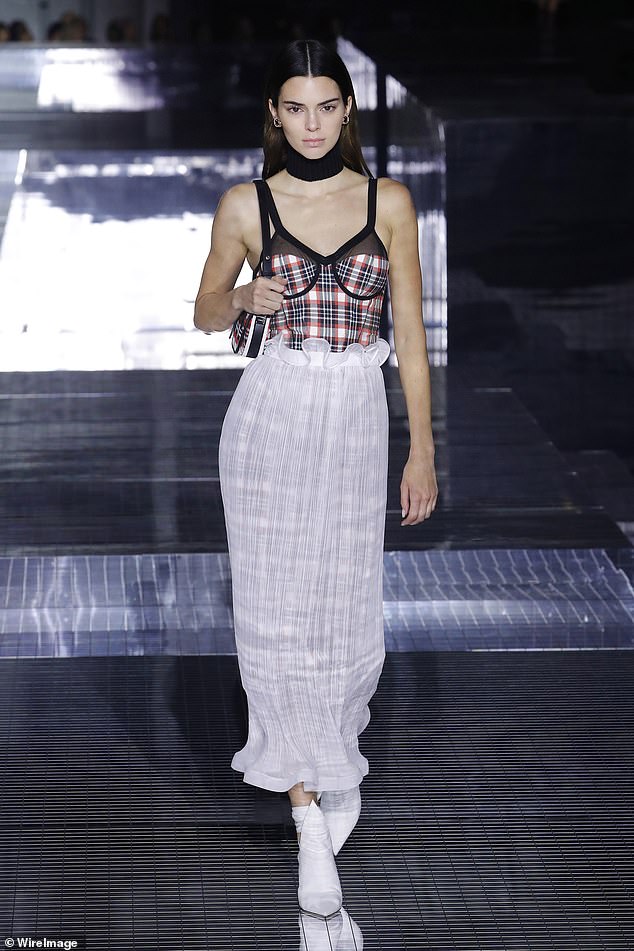 Model Kendall Jenner walks the runway at the Burberry show during London Fashion Week February 2020 at the Olympia National on February 17, 2020 in London 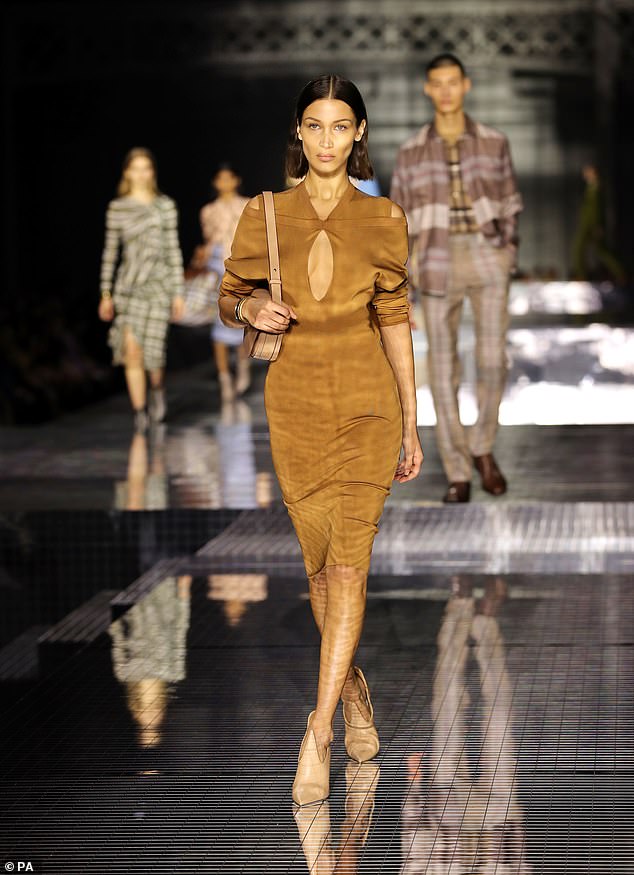 ‘LFW is one of the few international events to still be going ahead in London, proving the industry’s resilience, creativity and innovation in difficult times,’ the BFC commented.

In June, in which the London Fashion Week Men’s SS21 show is held, a digital event took place instead, hosted on londonfashionweek.co.uk, meaning fashion fans didn’t require a ticket or a coveted invite.

It was opened to a global public and trade audience, and worked as a meet-up point, which offered interviews, podcasts, designer diaries, webinars and digital showrooms, giving the opportunity to designers to generate sales for both the public through existing collections and the retailers through orders for next season’s products.

Menswear and womenswear designers were invited to showcase their work from June 12. 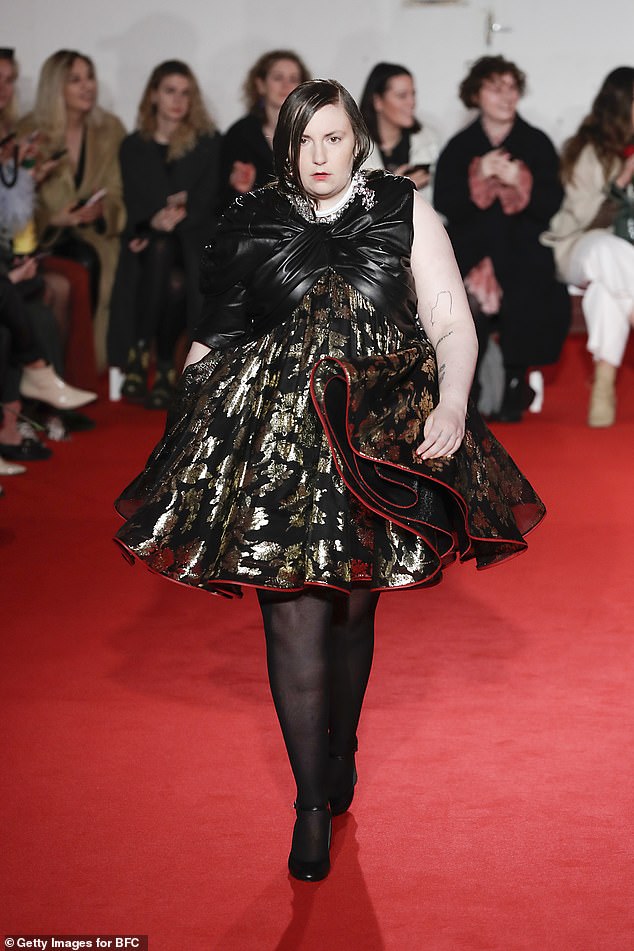 A representative for the BFC previously told British Vogue that LFW’s September iteration will also be gender-agnostic. Pictured: Lena Dunham walks the runway at the 16Arlington show during London Fashion Week February 2020

At the time, BFC chief executive Caroline Rush said it was ‘essential’ to look at the future and the opportunity to change, collaborate and innovate.

‘Many of our businesses have always embraced London Fashion Week as a platform for not just fashion but for its influence on society, identity and culture. The current pandemic is leading us all to reflect more poignantly on the society we live in and how we want to live our lives and build businesses when we get through this,’ she said.

‘The other side of this crisis, we hope will be about sustainability, creativity and product that you value, respect, cherish.

‘By creating a cultural fashion week platform, we are adapting digital innovation to best fit our needs today and enacting something to build on as a global showcase for the future.’

The London fashion week wasn’t the first to be held digitally – Shanghai hosted an online show a month earlier, while Tokyo livestreamed its fashion week shows in March.

However, London was the first city on a major fashion circuit to adopt the online-only model.

How Much Was Emily Blunt Paid for ‘A Quiet Place 2’?