Speaking out. Lisa Vanderpump responded to Stassi Schroeder and Kristen Doute being axed from Vanderpump Rules for their past racist behavior.

“Over the past two weeks, many things have been brought to my attention, of which I and many others were previously unaware. It was necessary for me to be quiet until now, until decisions had been made. Now I can freely speak from the heart,” the business owner, 59, posted via Instagram on Wednesday, June 10. “As we’ve seen such devastating sadness that has played out globally, we all have a part to play to create a kinder, more just society. My hope is for this generation to treat each other with respect and humanity, and realize that actions have; and should have, consequences.”

She added that while she “loves and adores” the employees, she’s “deeply saddened by some of the lack of judgment that has been displayed.”

Vanderpump continued: “As many of you know, after watching me for 10 years, I have always been an equal rights activist and ally – my family, my businesses and I condemn all forms of cruelty, racism, homophobia, bigotry and unequal treatment. We’ve never tolerated it in the workplace or our lives. While you only see a fraction of our employees on the show, a specific friend group, across all of our companies, we have always been a very diverse group of people – every color, ethnicity and sexual orientation. Most of our employees have worked for us for over a decade, and we have become a family; one that embraces and celebrates each other’s differences. I am proud of the inclusive company that we’ve created. We will continue to embrace diversity as one of our greatest strengths, and I’m excited to give you deeper look into the multi-faceted fabric of our company in the future.”

The former Real Housewives of Beverly Hills star added that “the world needs to move forward with a kinder generation,” so that everyone can feel “safe, heard and appreciated in their communities.” 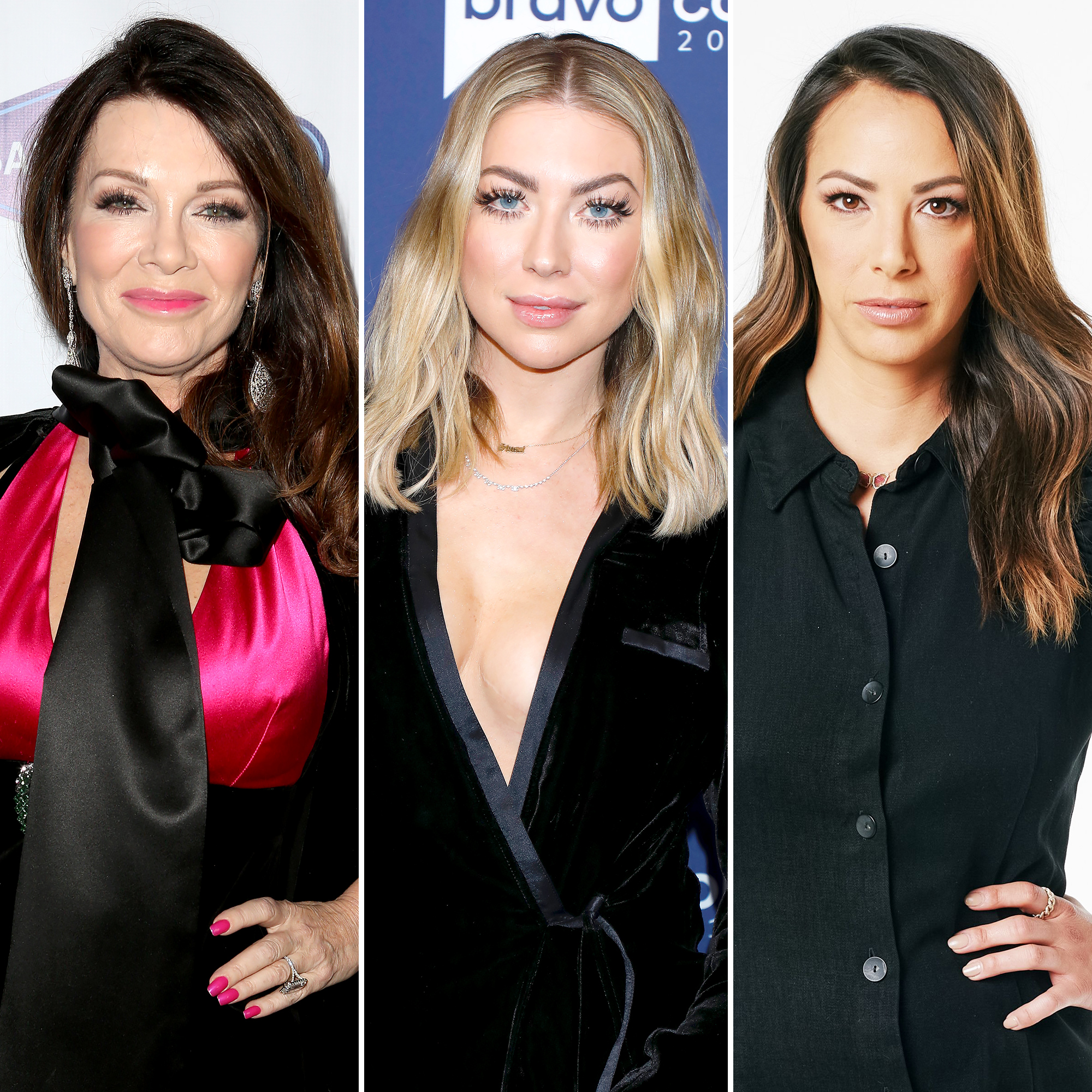 A Bravo spokesperson confirmed on Tuesday, June 9, that Schroeder, 31, and Doute, 37, would not be returning to the hit series. Newcomers Max Boyens and Brett Caprioni were also fired after coming under fire earlier this year for past racist tweets.

“Bravo and Evolution Media confirmed today that Stassi Schroeder, Kristen Doute, Max Boyens and Brett Caprioni will not be returning to Vanderpump Rules,” the network said in a statement to Us Weekly.

Schroeder and Doute were a part of Vanderpump Rules’ original cast. Their terminations come on the heels of a revelation made last week by former cast member Faith Stowers. The 31-year-old accused the duo of reporting her to the police in 2018 for a crime she did not commit.

“There was this article on Daily Mail where there was an African American lady. It was a weird photo, so she looked very light-skinned and had these different, weird tattoos,” Stowers recalled in an Instagram Live. “They showcased her, and I guess this woman was robbing people. And they called the cops and said it was me. This is, like, a true story. I heard this from actually Stassi during an interview.”

Schroeder addressed the controversy on Sunday, June 7, as racially insensitive comments from her past continued to resurface. “It is important that I continue to take accountability for what I have said and done, while pushing myself to do better,” the Next Level Basic author wrote via Instagram. “I have grown significantly from the person I was then, and I am still filled with remorse and regret for the hurt I caused.”

Meanwhile, Doute responded to the scandal that same day by stating her actions “were not racially driven.” She also claimed that she never intended “to add to the injustice and imbalance” that black people experience. “I’m ashamed, embarrassed, and incredibly sorry. I will do better. I have to do better,” the reality star added.

In addition to being terminated from Vanderpump Rules, many of Schroeder’s endorsements were yanked. She was also dropped by her agency, UTA, and by her publicist at Metro Public Relations.

Vanderpump Rules is set to air the second half of its virtual reunion on Bravo Tuesday, June 9, at 9 p.m. ET.

Landmines? I was more scared of being on Love Island

‘Words have consequences’: Turkey’s Erdogan cited in wave of deaths in France