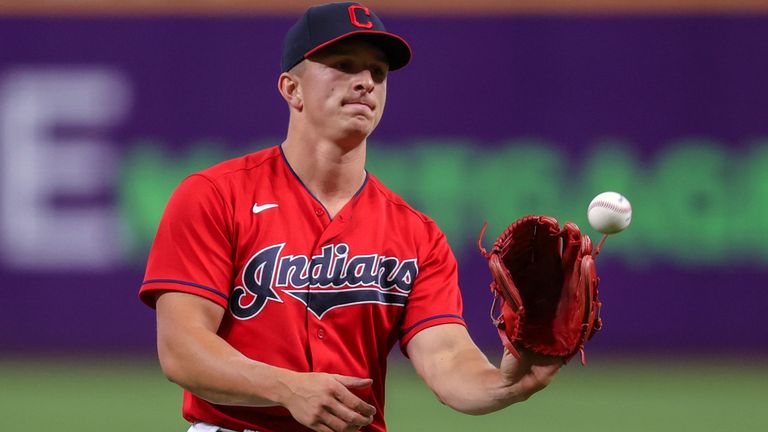 Cleveland’s baseball franchise will change its name to the Guardians and the decision will come into effect after the end of the 2021 season.

It comes one year on from the day team owner Paul Dolan said the organisation would be engaging with Native American leaders and key stakeholders to determine an inclusive name for the club.

The franchise has been known as the Indians since 1915.

Dolan said nearly 1,200 names were considered, including the Spiders, which is a nod to the team’s history – Cleveland’s pro baseball team from 1887 to 1899 was known as the Spiders.

The team said it surveyed 40,000 fans and conducted 140 hours of interviews with fans, community leaders and front office personnel.

Together, we are all… pic.twitter.com/R5FnT4kv1I

“We are excited to usher in the next era of the deep history of baseball in Cleveland,” Dolan said.

“Cleveland has and always will be the most important part of our identity. Therefore, we wanted a name that strongly represents the pride, resiliency and loyalty of Clevelanders.

“‘Guardians’ reflects those attributes that define us while drawing on the iconic Guardians of Traffic just outside the ballpark on the Hope Memorial Bridge.

“It brings to life the pride Clevelanders take in our city and the way we fight together for all who choose to be part of the Cleveland baseball family.

“While ‘Indians’ will always be a part of our history, our new name will help unify our fans and city as we are all Cleveland Guardians.”

Cleveland shared a new logo as part of the announcement on Friday with the team moving away from the controversial Chief Wahoo logo in 2018.

“This is a historic moment for our franchise, and we are excited for our players and staff to debut our new team name and look in 2022,” said president of baseball operations Chris Antonetti.

“We look forward to our team proudly representing the city of Cleveland as the Guardians. Our club will strive to unite and inspire our entire community.”

The topsy-turvy year that was – in photographs

Bella Thorne Is Engaged – Catch A Glimpse Of The STUNNING Bling!

Pandemic puts a pause on showering for many