Virgin Media has been promising that more users would get access to its new 1Gbps service and it seems the firm is being true to its word. After initially launching in Southampton these superfast speeds are now heading north with Virgin announcing it is connecting more than a million homes across the West Midlands.

Those lucky enough to have this broadband beamed into their living rooms will see speeds up to 20 times faster than the regional average.

In real terms, it means you should be able to download a full HD movie in around 34 seconds rather than the usual 12 minutes at average speeds.

Speaking about the update, Jeff Dodds, Chief Operating Officer at Virgin Media, said: “Virgin Media is delivering on its promises, putting its money where its mouth is and bringing next-generation broadband to its entire network. Switching on gigabit speeds for more than a million homes in the West Midlands, the UK’s largest gigabit rollout to date, will be a leap forward for the region and a big step for the Government’s gigabit broadband ambition.

“From gaming to streaming, Gig1’s hyperfast speeds will mean that households can do everything they want to do online, at the same time and without delay, with millions of more homes set to benefit this year as we bring this next-generation connectivity to more cities around the UK.” 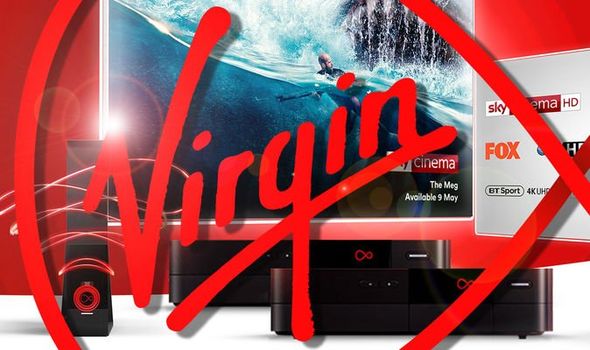 Although it’s still only available in certain locations, Virgin’s 1Gbps puts it well ahead of its biggest rival.

BT’s quickest speeds are currently around 300Mbps which is well behind what Virgin is beginning to offer its customers.

Along with the West Midlands Virgin Media says it will announce which further cities are set to benefit from its Gig1 Fibre Broadband service later in the year.

The broadband firm has plans to roll out gigabit speeds to more than 15 million homes across its network by the end of 2021 – delivering half of the Government’s broadband ambition four years early.

Here’s what a 1GB connection means for you.

With 1,104Mbps available in your home, Virgin Media reckons you’ll be able to download a 1080p HD blockbuster (around 5GB in size) in just 42 seconds – the UK’s average connection, downloading the same film will take 13 minutes.

If you’d rather watch in UHD 4K (around 20GB), the Gig1 connection will have the film queued-up in less than 3 minutes, compared to nearly an hour (52 minutes) on the UK’s average connection.

Along with offering that fast download speed, Virgin customers on Gig1 will also get upload speeds of over 50Mbps.

Elvis Presley Told Priscilla Presley She Couldn't Have a Career if She Wanted To Be With Him: ‘It’s Either Me or a Career, Baby'

‘The voice of women is missing’: Call for new body to advise on budget