NEYMAR has shared private WhatsApp messages from his Brazil team-mates "without their permission" to show the team's devastation at their World Cup KO.

Brazil were the pre-tournament favourites to win in Qatar, and turned in strong displays in the group stages and the round of 16. 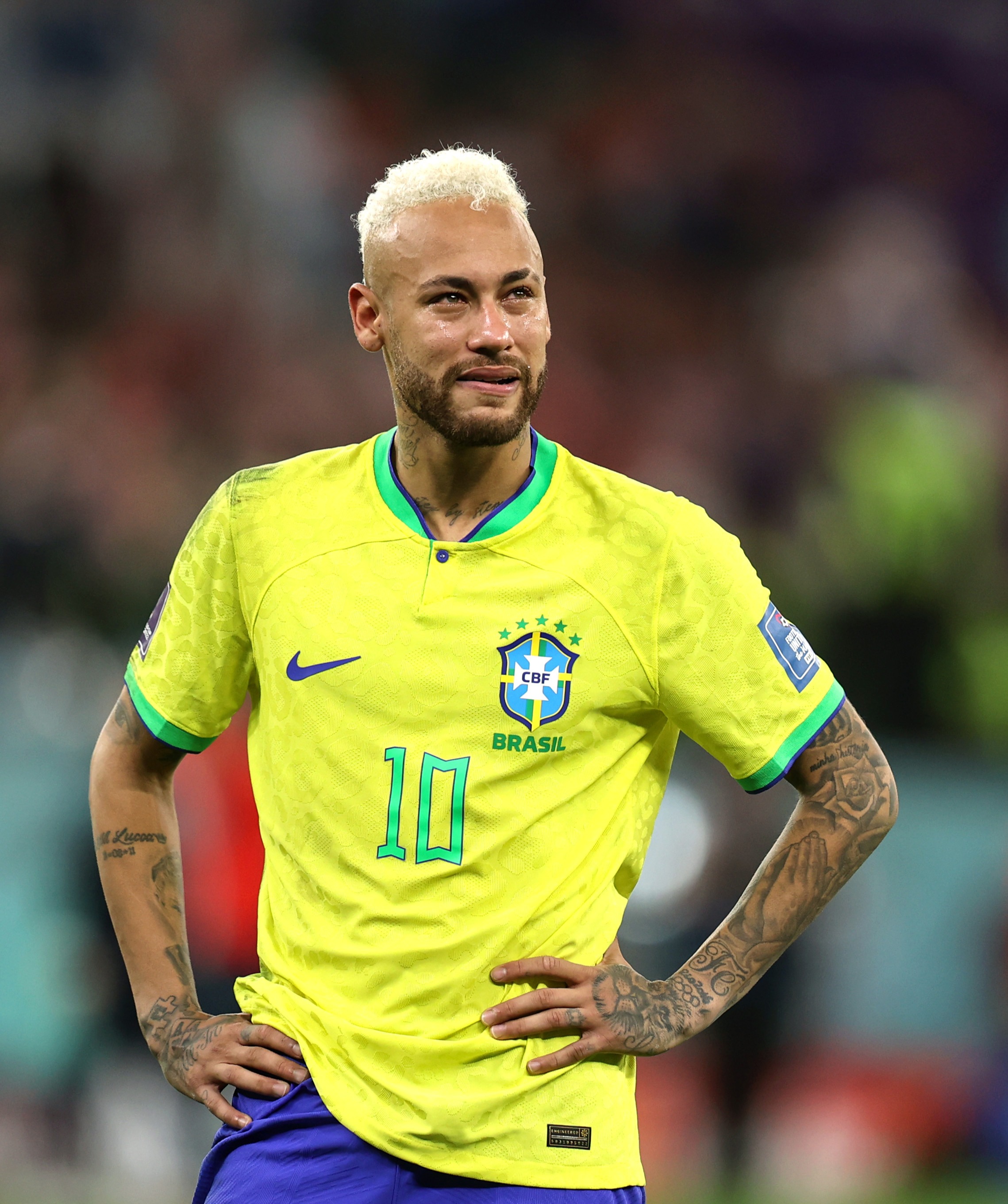 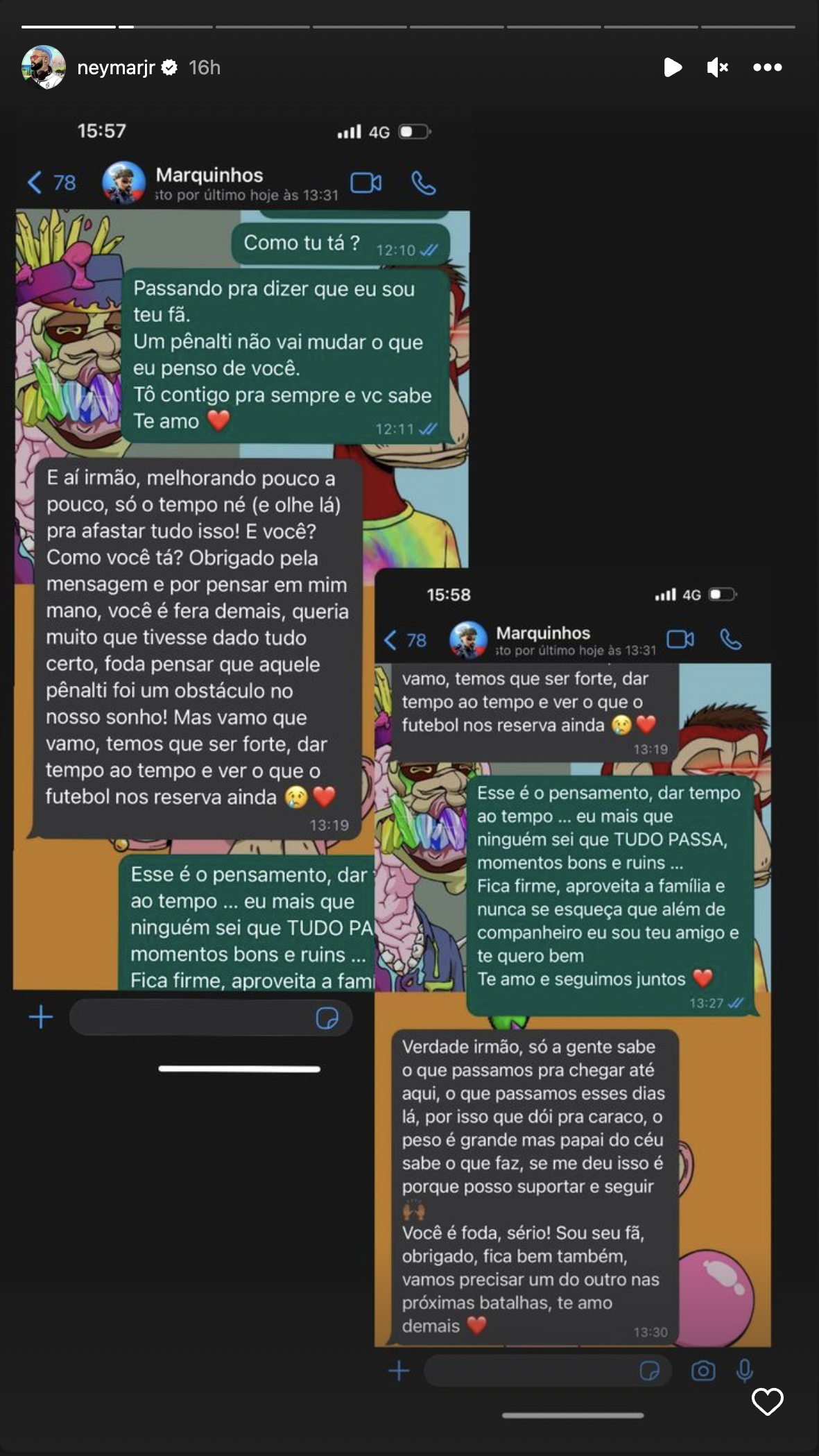 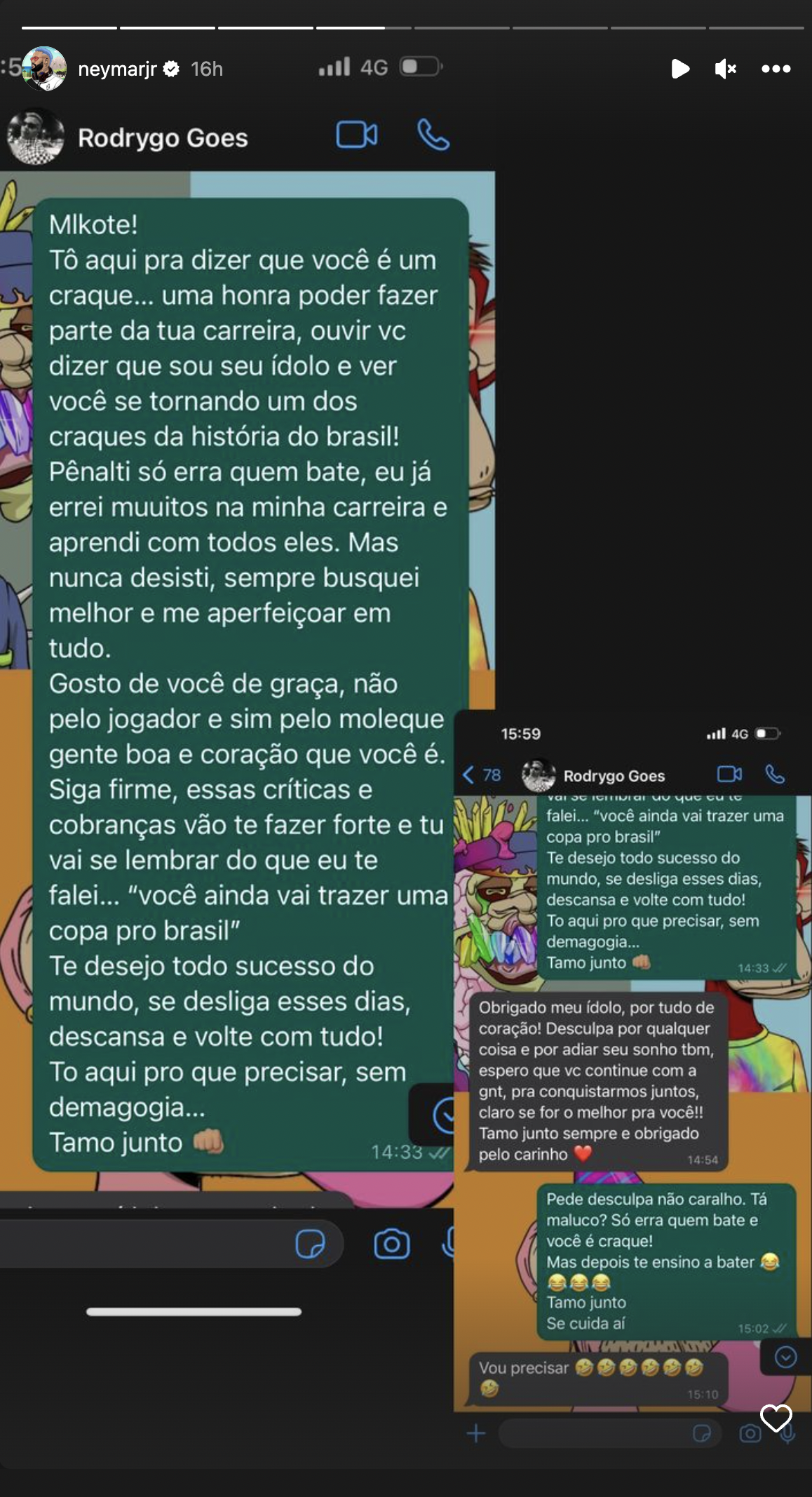 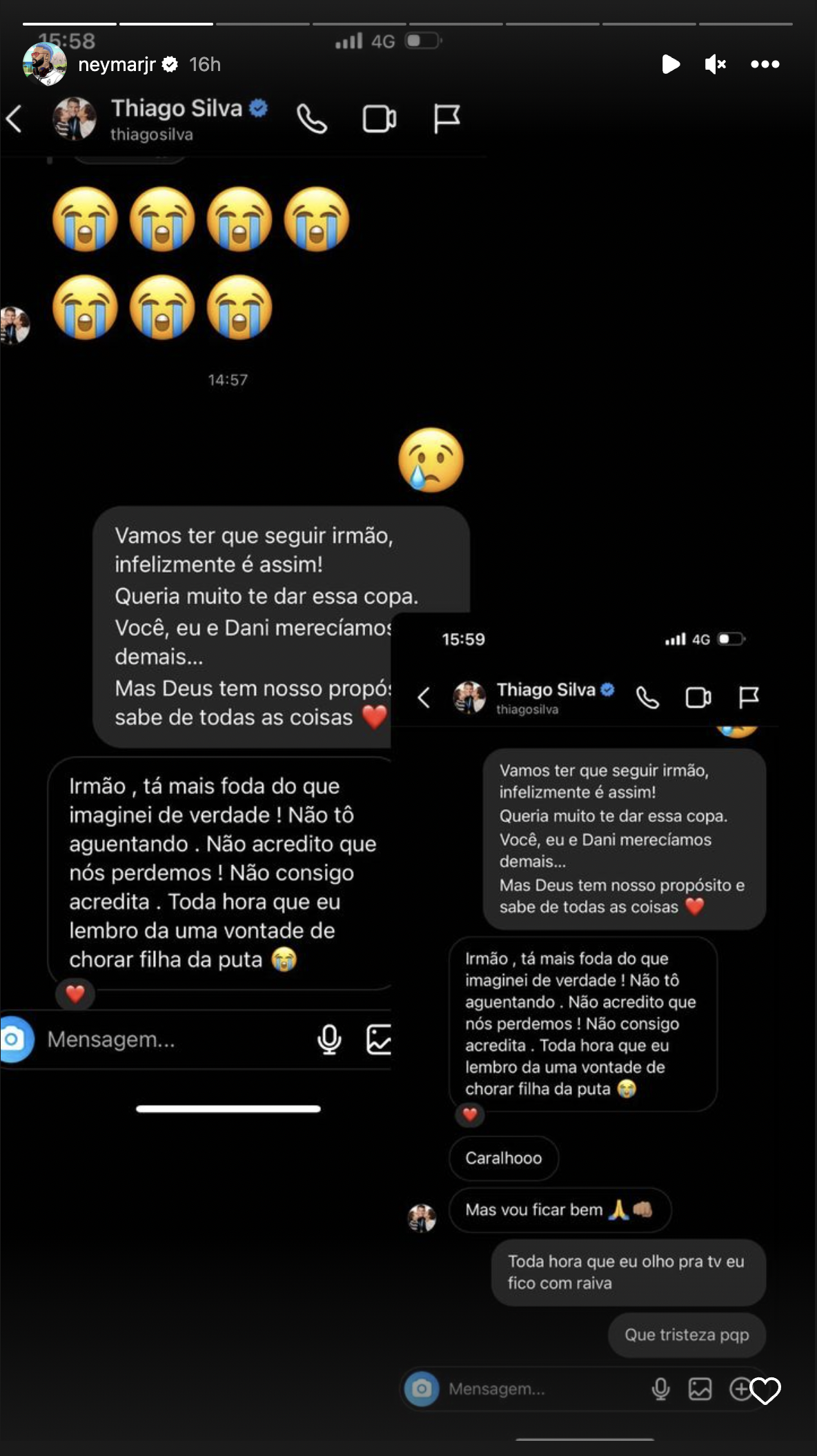 A thumping 4-1 win over South Korea, in particular, reinforced in many people's minds that Brazil were world champions in waiting.

However, they crashed out in the quarter-finals to 2018 finalists Croatia on penalties.

Neymar opened the scoring in extra-time with a wonderful finish, but his strike was cancelled out by Bruno Petkovic minutes before full-time.

Croatia won the penalty shootout 4-2 with all four of their takers scoring.

However, two missed for Brazil, including Neymar's Paris Saint-Germain captain Marquinhos, who hit the post.

Now, Neymar has shared several of his WhatsApp conversations with his team-mates on his social media platform.

The 30-year-old wrote: "I decided to expose (without their permission) the messages to see how much we wanted to win and how united we were.

"These were some of the many messages I exchanged with the group.

"We are feeling very sad, but we have to be stronger to keep going and I am I'm sure that, with the support of all the fans, we'll come back stronger.

To close pal Marquinhos on his penalty miss, Neymar said: "A penalty will not change what I think of you."

Marquinhos replied: "I really wanted everything to go well. But you have to be strong, give it time and see what football has in store for us."

Chelsea defender Thiago Silva, 38, has won pretty much everything there is to win in football.

Eight league titles across Italy and France, 18 domestic cups, a Champions League and a Copa America.

But bowing out of the World Cup – expected to be his last – makes Silva tearful.

Neymar told Silva: "I really wanted to give you this Cup."

"Every time I remember it makes me want to cry."

Neymar also tried to lift the spirits of Rodrygo, who missed in the penalty shootout.

The Real Madrid ace took one before Neymar, who was picked as Brazil's fifth penalty taker and never got to take one.

In response to Rodrygo apologising, Neymar insisted: "I'm sorry… no.

"Are you crazy? Only those who hit the penalties miss them and you are an ace." 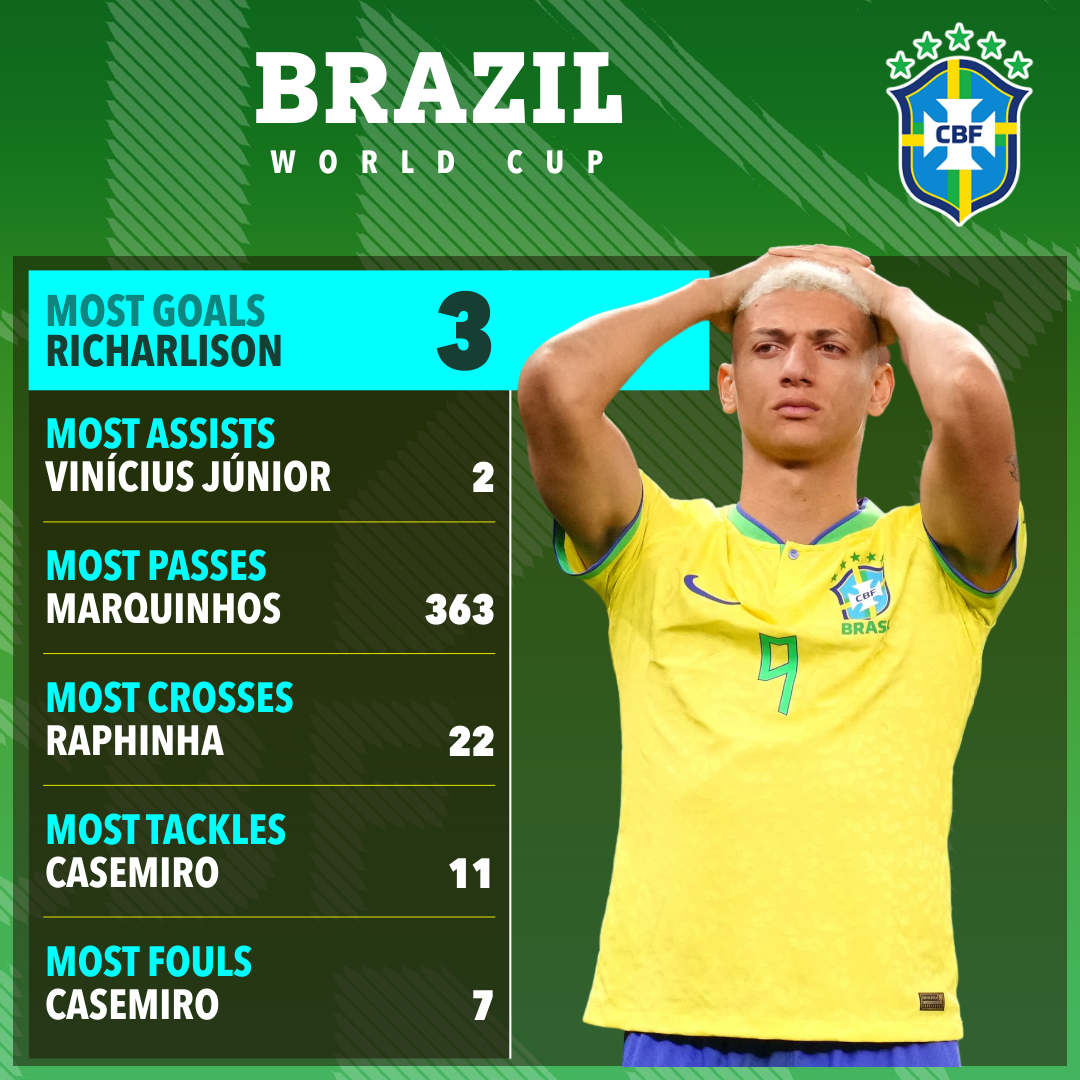 Get the latest issue of Stylist magazine

Heatwaves have cost the global economy $16 trillion since the 1990s