NIGEL DE JONG embodied all Dutch fans as he watched in agony during his side's Euro 2020 exit at the hands of Czech Republic. 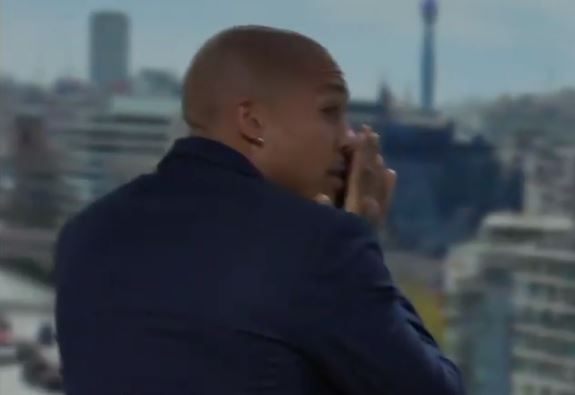 Former Manchester City midfielder De Jong, who won 81 caps for his country, watched the game while working as a pundit for ITV.

After the match, presenter Mark Pougatch directed him towards a montage of the 36-year-old's reactions to the dramatic second-half.

De Jong admitted 'I was very hopeful' and laughed as the clip showed him with his head in his hands, crying out: "Oh my God!"

Viewers praised De Jong for his analysis and authenticity having seen his country crash out of the competition.

One Twitter user wrote online: "Feel for Nigel de Jong, looks really upset after Netherlands loss but been one of the best pundits today should be on more regularly."

Phil added: "Hope ITV keep Nigel de Jong for the rest of the Euros. He was obviously gutted with that result/performance but he was 100% right with his analysis."

Glen said: "Nigel De Jong good value in the studio. He’d have two footed someone when they went down to 10."

And another tweeted: "Nigel De Jong should’ve smashed up the studio."

Tomas Holes put Czech Republic ahead on 68 minutes after De Ligt was dismissed for handball and Patrik Schick wrapped up the win late on.

The post-mortem has already begun in Holland and De Jong gave his initial take on coach De Boer's setup.

He said: "We had the players on the pitch to change the system to a 4-2-3 or 4-4-1 but still played with five defenders at the back.

"It looked like De Boer was defending the 0-0 as long as possible. At the end of the day, there was no belief after the red.

"There was a lack of belief, a lack of intensity, a lack of character. We really missed a leader out there."

Iraq Camp Taji attack kills 2 US, 1 UK national as barrage of 15 rockets rains down – The Sun

Rihanna, Victoria Beckham, and Julia Roberts Love This Clean Moisturizer — and It's Under $10 Now