PICK OF THE WEEK
To the Lake
Kapka Kassabova
Granta, $34.99 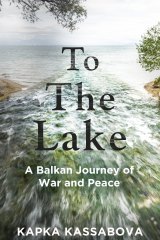 The eponymous lake is Lake Ohrid in what is now the Republic of North Macedonia. For poet and novelist Kapka Kassabova – who grew up in Sofia and now lives in the Scottish highlands – the lake and the region have always haunted her because her grandmother lived there as did generations of her family. In crisp, poetic language she describes her pilgrimage back, charting her journey, the people she meets while also creating a resonant sense of place. In one small town she meets a mother and son, caretakers of a Dervish monastery who converted to Sufism. In another she speaks with the keeper of the Black Madonna – a renaissance icon that heals illness and infertility – who believes in miracles. The result is a kaleidoscopic mirroring of the area through time past and present, with tales of war and peace woven in. 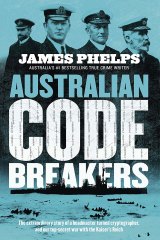 Code-breaking is usually associated with Bletchley Park, Alan Turing and ‘‘thinking machines’’, but in 1914 a Geelong mathematician and German speaker, Frederick Wheatley, cracked a sophisticated German naval code with a pencil, paper and lateral thinking using a captured German naval codebook. Having the book was one thing, finding the solution was another, especially when the Germans shifted the code. Based in Melbourne, with a staff of eight German-speaking women, Wheatley eventually came up with deciphered German naval messages that led to a decisive British victory off the Falklands. James Phelps dramatises events, the dialogue and descriptions having a contemporary ring and while this gives things immediacy it can sometimes jar. But the story, alternating between action at sea and code-breaking on land, rocks along.

How to Argue With a Racist
Adam Rutherford
Weidenfeld & Nicolson. $29.99 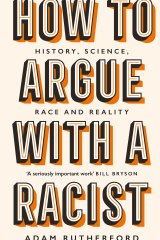 When Boris Johnson referred to Africans using terms such ‘‘piccaninnies’’ and ‘‘watermelon smiles’’ he was voicing the kind of colonial racism that has never really gone away. But, as genetics expert and broadcaster Adam Rutherford points out, there are also multiple examples of ‘‘well-intentioned’’ racism prevalent today: the Chinese are good at maths, blacks are born athletes, etc. People with these views often invoke science to support them, but Rutherford argues the science of genetics says no such thing. He emphasises the complexity of the issue – an argument underpinned by personal experience of racism due to his Indian ancestry – and his rejection of racial myths and stereotypes proves to be something of a handbook to assist us to combat  ‘‘pseudo-science’’ used to justify prejudice and racism. 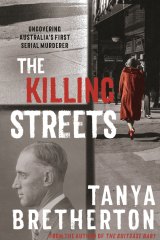 In 1932 two young women were found in inner-city Sydney parks: both naked and brutally bashed to death. Police noted the similarities, but as they were prostitutes investigations were far from thorough. It wasn’t until a third murder that became front page news – Bessie O’Connor, an aspiring Olympic swimmer also working in escort services – that police pulled out all stops. Tanya Bretherton, who specialises in recreating true crime, takes the reader into Sydney’s mean streets, profiling the victims, the suspects and the investigating police (as well as the role of the motor car in facilitating sex murders), and the result might be called procedural non-fiction. A man confessed to one murder and was jailed for 25 years, but many more eerily similar murders that looked like serial killings followed. Forensic, vivid and atmospheric.

Who is Khloé Kardashian trying to fool?

Pat Smullen: The five biggest wins of a glittering career in the saddle

‘From sunny north to windy east’: What are Victoria’s renewable energy zones?