Some of the drama that happened after Camila Cabello left Fifth Harmony was that her fans turned on Normani with racist tweets. Since then, Cabello had to apologize for having multiple racist posts on an old Tumblr account. Normani is now giving her reaction to the situations and she admitted she was devastated.

Camila Cabello once had racist posts on her Tumblr account

Cabello’s old Tumblr posts came to light showing her using the N-word and more. It was then deleted and she posted a statement on Instagram about it.

“When I was younger, I used language I was deeply ashamed of and will regret forever,” read the statement, according to BBC. “I was uneducated and ignorant and once I became aware of the history and the weight and the true meaning behind this horrible and hurtful language, I was deeply embarrassed I ever used it. I apologised then and I apologise again now.”

Cabello left Fifth Harmony before the rest of the group went their separate ways. Her fans previously turned on Normani and she had to address it.

Her fans have attacked Normani in the past

ITS MY MOST FAVORITEST FUNNEST TIME EVER AKA time to dream up and brainstorm for the Romance tour (!!!!!!) I WANNA PERFORM THIS ALBUM AND SEE YOU GUYS LIKE…. TOMORROW.

Cabello’s fans believed Normani dissed her because she was quoted saying, “Camila … she is … let’s see. Camila. Very quirky. Yeah, very quirky. Cute.” The backlash was so strong that Normani announced she was taking a break from Twitter, according to The Cut.

“I’ve never been one to deny anyone of their opinions, but over the course of this last week and especially over the last 48 hours I’ve not just been cyber bullied, I’ve been racially cyber bullied with tweets and pictures so horrific and racially charged that i [sic] can’t subject myself any longer to the hate,” read part of her announcement.

Cabello eventually addressed the situation by tweeting, “You don’t have to hate on somebody else to support me — I don’t appreciate it and it’s not what I’m about … Be kind or move on.”

She released a statement to respond to Cabello’s past 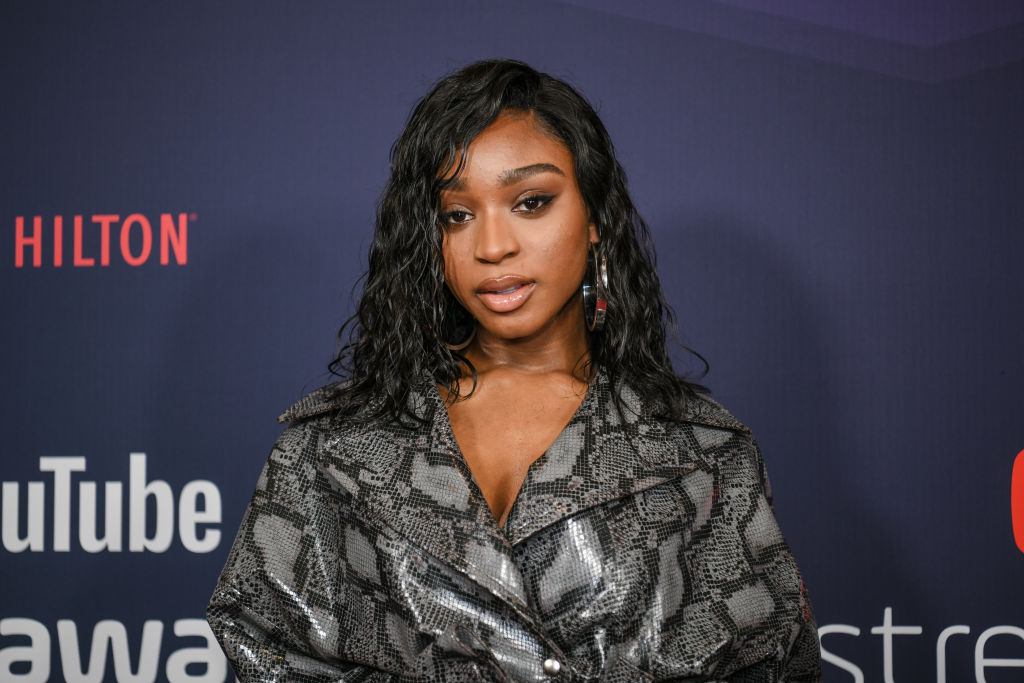 The singer gave a statement to Rolling Stone to respond to all of this. She made it known her disappointment and hopes for the future. Part of it read:

I have been tolerating discrimination far before I could even comprehend what exactly was happening. Direct and subliminal hatred has been geared towards me for many years solely because of the color of my skin. It would be dishonest if I said that this particular scenario didn’t hurt me. It was devastating that this came from a place that was supposed to be a safe haven and a sisterhood, because I knew that if the tables were turned I would defend each of them in a single heartbeat. It took days for her to acknowledge what I was dealing with online and then years for her to take responsibility for the offensive tweets that recently resurfaced. Whether or not it was her intention, this made me feel like I was second to the relationship that she had with her fans.

She later talked about her hopes for the future. “I don’t want to say that this situation leaves me hopeless because I believe that everyone deserves the opportunity for personal growth. I really hope that an important lesson was learned in this. I hope there is genuine understanding about why this was absolutely unacceptable.”

Vikings: When did the Vikings invade Britain?

Jeremy Clarkson forced to intervene as player ‘walks off’: ‘Got more torture for you’