WITH the Cheltenham Festival now 8 days away, the Sun Racing team will be bringing you their 'Festival 50' every day between now and 10 March.

We will salute the Prestbury Park heroes that made us fall in love with the Festival, all the way until the 'Cheltenham roar' signals that the wait is finally over. 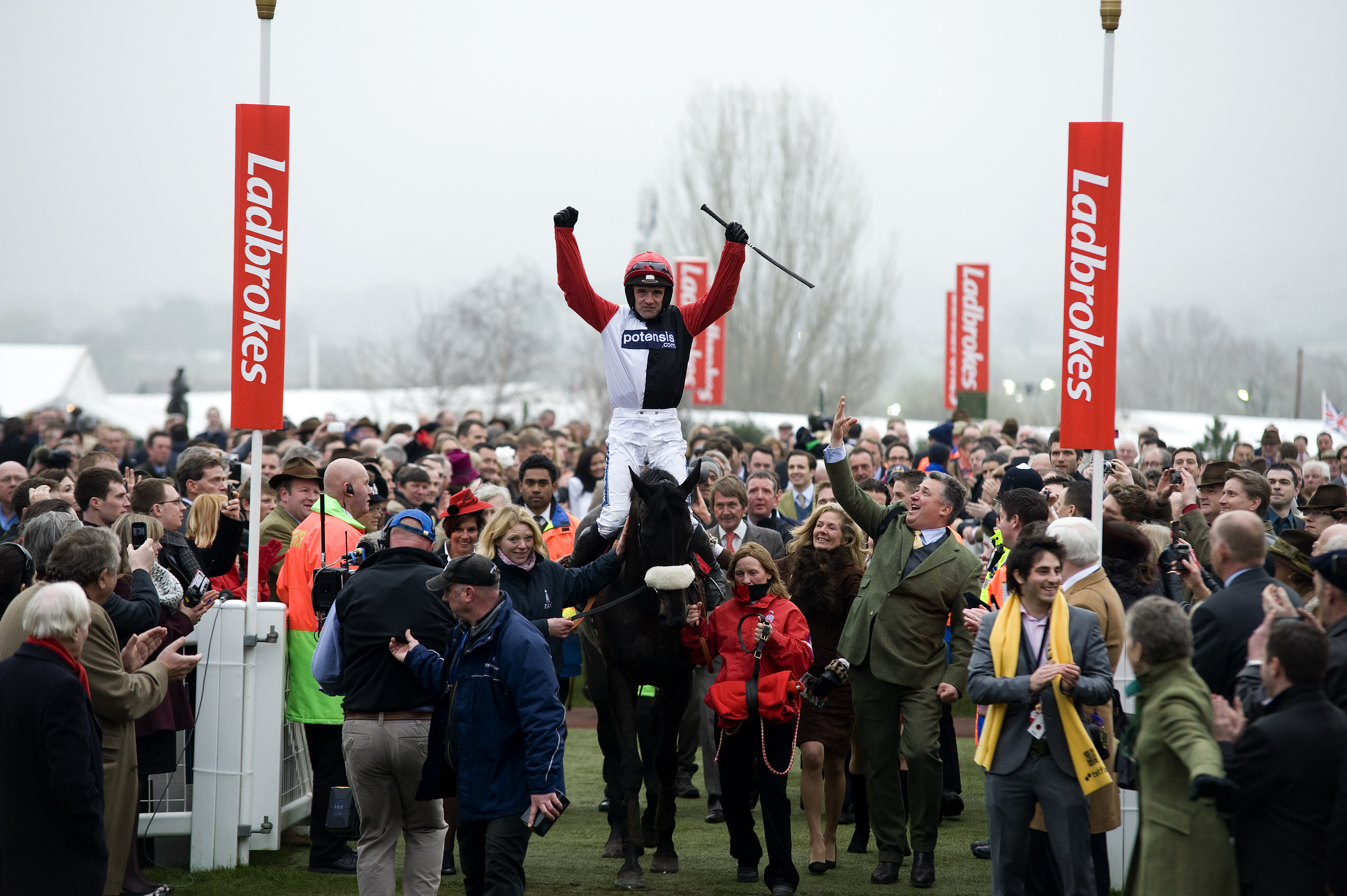 Now where do you start?

The grin on Paul Nicholls's face when this horse delivered at Cheltenham year after year told a thousand words.

Bought as a chaser, it was a switch to hurdles that would mean Big Buck's would go down in the history books.

A World Hurdle may not be as sexy as a Champion, but to win four in a row takes a very special beast. He was just that.

A tumble in the Hennessy meant the Ditcheat maestro made the call to send his recruit over hurdles.

A win on New Years' Day in 2009 gave Nicholls a headache, with the staying hurdling division looking wide open that season.

Another facile enough victory in the Cleeve Hurdle next time out made the decision for him. The World Hurdle it was.

But punters weren't sure and at 6-1, the more experienced hurdlers of Kasbah Bliss and Punchestowns were seemingly preferred.

But what do punters know? Big Buck's would not go off odds-against for his next 15 races…

The 2009 World Hurdle turned into a memorable dual between Punchestowns and Big Buck's. But Walsh did what he does best and they came out on top.

The next year he hardly broke sweat to win at 5-6. He was a punters dream at this point and the record of Inglis Drever was well in his sight.

It was the same over in 2010. Grand Crus was the latest stayer on the scene and despite Walsh dropping his whip on the run in, it was business as usual and Big Buck's had brushed aside another field without even as much as a bloodied nose.

Three made him an undisputed Festival legend. A fourth would make him immortal.

But there was something different in the air in 2012. The Nicholls team weren't having a week to remember and for once, the punters began to think their cash machine may not work.

It was without doubt the strongest renewal in years, but this is Big Buck's we are talking about.

Voler La Vedette made him 'battle like he's never fought before' as the brilliant Simon Holt put it, but like the champion he was, he was always winning.

It was 16 in a row, four at the Festival and nothing mattered from then on. He went out the next year with his head held high.

Simply, what a horse.

Antebellum Trailer: Janelle Monáe Saves Us From Our Past – /Film