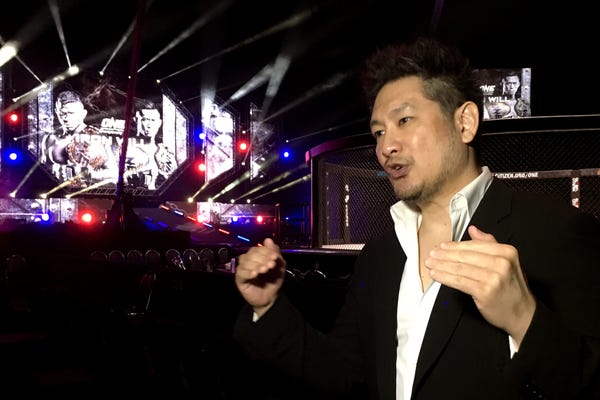 One Championship would have debuted in the US if it weren't for "strange" times around the world, its boss told Insider ahead of its biggest and most exciting pandemic-era event, which takes place in Singapore on Friday.

Like many of the major sports leagues and organizations, One Championship was affected by the worsening coronavirus pandemic from March, and canceled all events in that month, April, and May.

One Championship, led by founder and CEO Chatri Sityodtong, restarted operations in June with two events in Shanghai, before a four-event residency in Bangkok, a standalone show in Tokyo, a two-event run back in Bangkok, and now an October series in Singapore.

Sityodtong told Insider recently that if it were not for the coronavirus, his MMA firm would likely have made its US debut already.

At a press conference earlier this month, he added that the political situation and modern day race relations in America mean the country is going through an extraordinary period.

Regardless, a future date on American soil remains "definitely in our plans," Sityodtong said.

Sityodtong told Insider that he misses the atmosphere generated by fight fans at live shows, having now held 11 events in the coronavirus era of combat sports.

"Obviously the biggest difference for us is doing empty stadium, audience-free events," he said.

"Fighters fighting in quiet environments is a different feeling. Of course, they're giving it their all, chasing their dreams [but] when you have 10,000 or 20,000 screaming fans it really does change the environment in the arena, on the broadcast, and it inspires the athletes. I do miss that.

"But, at the same time, I'm grateful we're back," he told us. "We were down in March, April, May, and came back in June. Now we are gaining momentum and coming back with our big global stars and our international events."

Sityodtong said one of the more challenging things has been getting athletes into territories where borders had closed to stop the spread of COVID-19 by restricting travel. This was particularly true in much of Asia, where many of One's fighters come from.

However, he said he has been working with governments to hold events and said his firm has been the first sports league to hold a show in Singapore since lockdown.

Friday's event, imaginatively termed "Inside the Matrix," is the third such event at the Singapore Indoor Stadium in Kallang.

But what makes this event different is the championship quality on offer, with four title fights on the card.

When will 50-year-olds get the Covid vaccine?

Coronavirus: Call for COVID-19 clinical trial volunteers – how you can take part

Remains of Murdered Woman Were Found in Yosemite in 1983: Will Facial Reconstruction Identify Her?