Calling all natural-healing skeptics: Palo Santo might just make a believer out of you.

In fact, it’s making believers out of a lot of people. Though thinking about energies and how they impact your overall wellness might not be part of your day-to-day right now, Erica Matluck, holistic coach and co-founder of Seven Senses, a practice for integrative medicine, says she’s sensing a shift. “There’s a rise and a growth of consciousness around energy and spirituality. We’re starting to turn to these more ancient practices from cultures that live closer to the land,” she explains.

With information constantly at our fingertips (s/o to the internet), people are looking into alternative ways to wellness that don’t rely on modern medicine’s quick fixes, says Matluck. What was once a tradition of the past, energy cleansing is on a successful comeback tour thanks in part to Palo Santo, the unassuming wood that before you know it, you might start crediting for your amped-up wellness. Here’s everything you need to know about it:

So, what is Palo Santo? 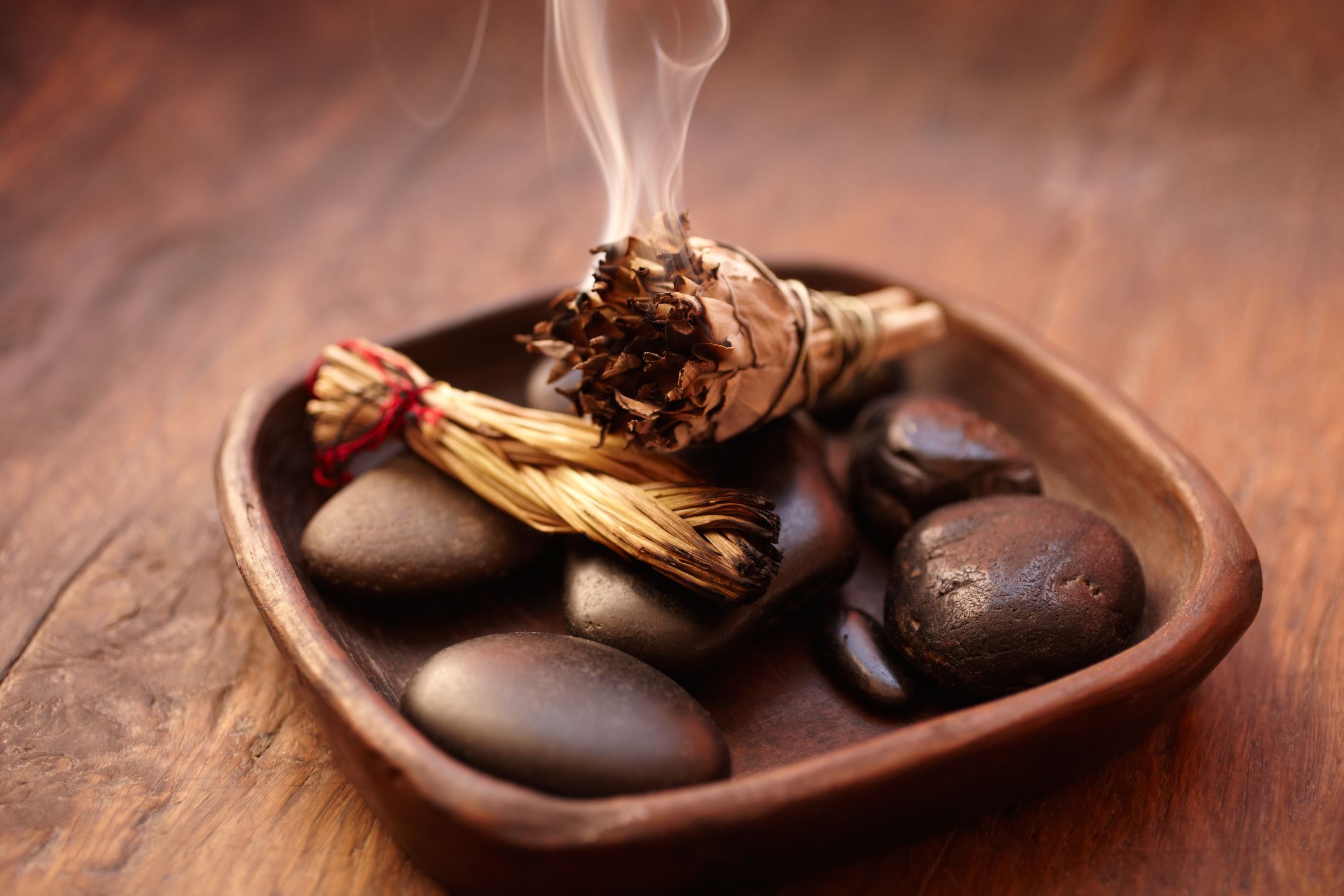 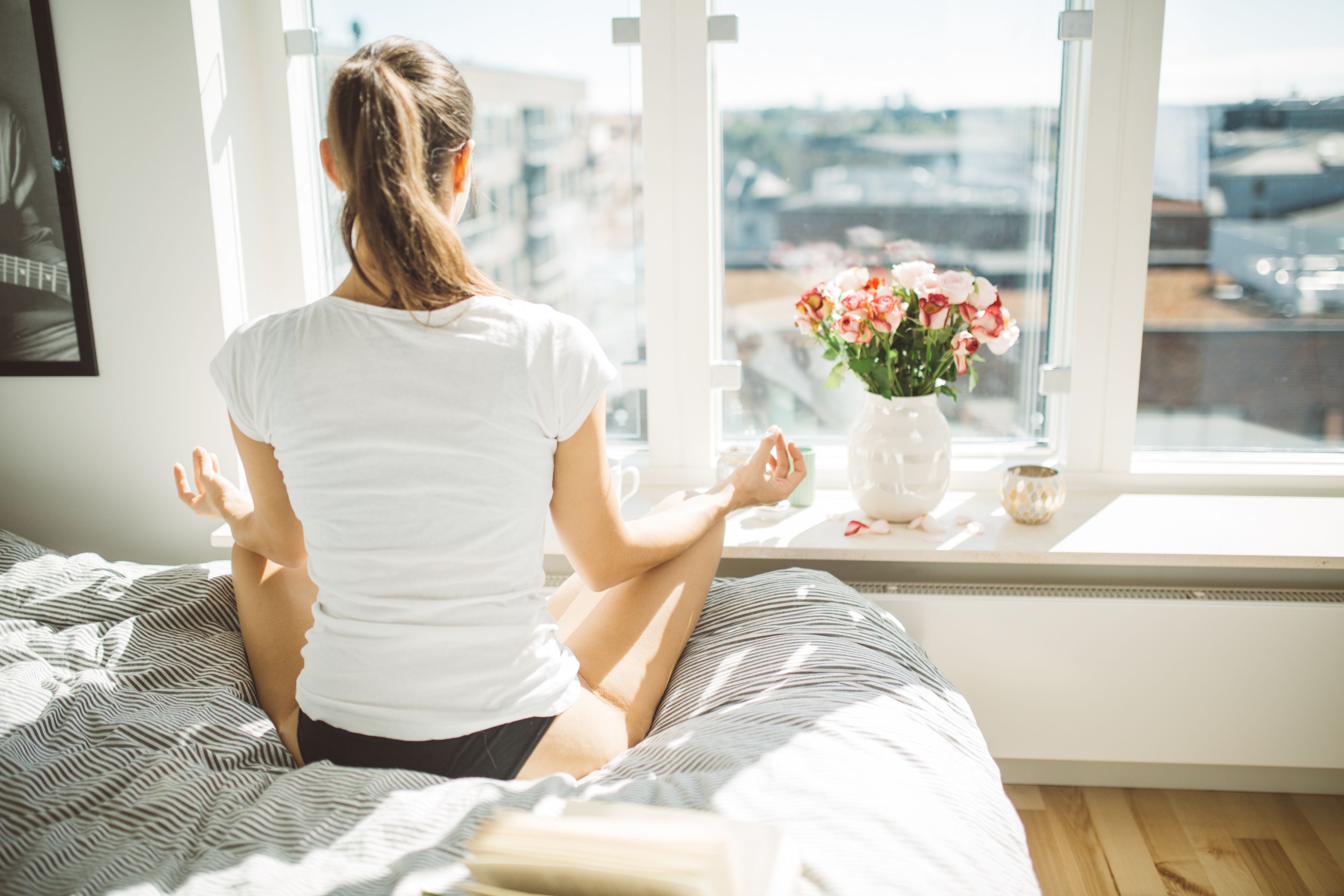 It’s wood from a tree called Bursera graveolens, nicknamed Palo Santo, that grows in South America. For centuries, Palo Santo, which translated means “holy wood,” has been burned as an energy cleanser, says Matluck. The ritual comes from Incan tradition that says the smoke from the wood, burned during spiritual ceremonies, is medicinal.

If this sounds a lot like smudging with sage, you wouldn’t be too off base, Matluck explains. Like sage, which is predominantly used by Native Americans, South American shamans believed burning Palo Santo had similar properties capable of resetting energy that was tainted by negativity or conflict. It also is thought to neutralize issues before they ever start. It even has the power to attract sacredness and benevolence to a space, says Jonathan Hammond, shamanic practitioner, spiritual counselor, and author of The Shaman’s Mind.

Whether it’s conflict at work or a stressed-out partner bringing you down at home, Palo Santo is said to show agitated and harmful energy the door (literally), bring in positive healing energies, and allow you to approach things with an unburdened mind. This way, you’ll be better prepared to establish harmonious office relationships and start spending comforting QT with your partner.

It’s worth noting however, the research about the benefits (or risks) of exposure to smoke from Palo Santo is limited, says Adam O. Goldstein, MD, professor of family medicine and director of tobacco intervention programs at University of North Carolina.

“All burned wood releases smoke compounds that can cause significant harm when inhaled over a long time or at high exposures,” he explains. And exposure to the particles released by burning wood can be irritating to the lungs. If you’re wondering how much Palo Santo exposure is too much, there’s unfortunately no research out there about safety thresholds yet, says Dr. Goldstein—so he advises burning it with caution. 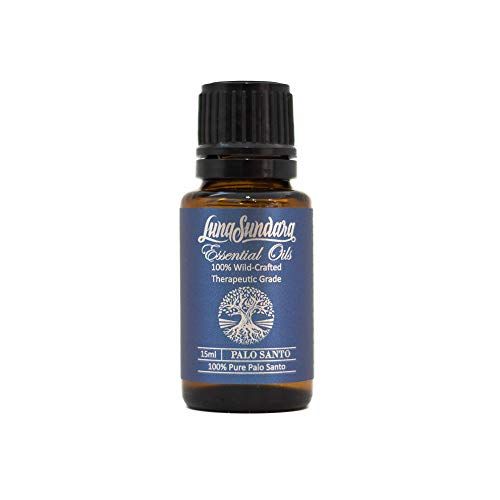 Still interested in the other benefits of Palo Santo?

First, a primer on the perks: In addition to the historic and spiritual perks of burning it, Palo Santo is also beloved in South America for its scent.

These days, to take advantage of its unique smell, Palo Santo’s been distilled into an essential oil, says Matluck. Once put in a diffuser, its aroma acts as both an insect repellent and fragrance—it’s even been bottled and sold as perfume.

When not being used for its smell, Palo Santo oil has become a go-to for its anti-inflammatory and stress-relief properties (one note: these pluses are based on anecdotal evidence, and Dr. Goldstein says there’s no data proving they’re legit). Just rubbing a few drops into the skin is believed to soothe the mind and ward off headaches and anxiety, too. Just make sure to spot test the oil on small patch of skin at first to make sure you don’t have any allergic reactions, Dr. Goldstein recommends.

Gotcha. Now, where can I get my hands on Palo Santo?

This one’s a biggie, Hammond warns. “Because [Palo Santo] is rather popular, you have to look into whether it’s been ethically sourced,” he says. 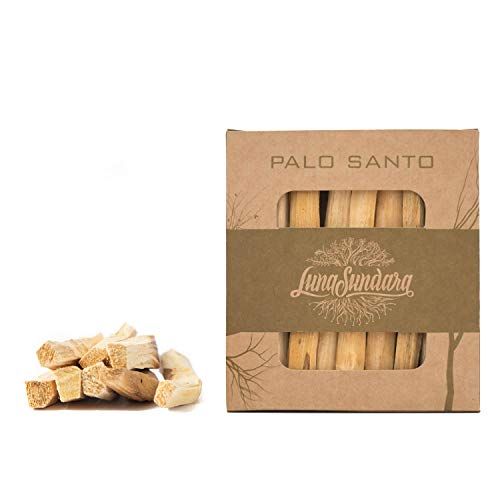 Read up on the company selling the Palo Santo you’re interested in, and check on their sourcing processes. Do they say which country the wood is from? FYI: The Bursera graveolens tree’s branches have to naturally break off, the entire tree has to fall, or it has to die before the Palo Santo can be harvested from it. So, is the wood you’ve just added to your cart from a tree that’s been prematurely chopped down? Does the company’s site say anything about their work with South American suppliers and how they comply with Palo Santo importation regulations? If not, you’re better off shopping elsewhere.

Because of an increased demand, some businesses are illegally importing Palo Santo and sourcing it from healthy trees (which, btw, means it isn’t even the authentic Palo Santo you’re after). To make sure yours is sourced by a company that abides by regulations and preserves the South American ecosystem, read the site’s “about” page, peep its social media accounts, and call them up if you have to.

This way you’ll end up with Palo Santo that has the spiritual properties you want to bring into your life and honors the rich history and the region it comes from.

But how do I actually use Palo Santo?

Like smudging with sage, smudging with Palo Santo is all about covering the space in which you need a boost of purified energy and want to attract alllll the good stuff with intention.

Btw, here are some other wellness trends you should take into 2020:

Consider what it is you’d like to bring into the room (calm? compassion? good vibes only?) and kick out of it (anger, frustration, generally bad juju), then start waving your burning Palo Santo around the corners of the room, says Hammond. He typically smudges every corner of his office before circling the entryways and windows.

You might even smudge around your own body, says Matluck, if your goal is to clean up the energy around you after a particularly unpleasant run-in with an old friend.

And when it comes to how often you should smudge, Matluck says to burn your Palo Santo or use its oils as often as you feel you need to—whatever it takes to surround yourself with the pure energy you want.

Pass the Wine! Carly Waddell Dishes About 'Good' and 'Bad Days' Amid Divorce