The iconic rock band were together from 1967 to 2000 and apart from a brief reunion they’ve not performed since 2007. But now a Genesis reunion is announced this morning on the Radio 2 breakfast show. According to The Sun, Phil Collins, Tony Banks and Mike Rutherford are back.

However, Peter Gabriel, who left the band in 1975 will not join the trio.

Genesis are set to perform their reunion tour across the UK in November and December.

While tickets for the hotly-anticipated tour will go on sale later this month.

Genesis even teased their reunion on their official Instagram account. Posting a picture of Collins, Banks and Rutherford, it read: “And then there were three…” 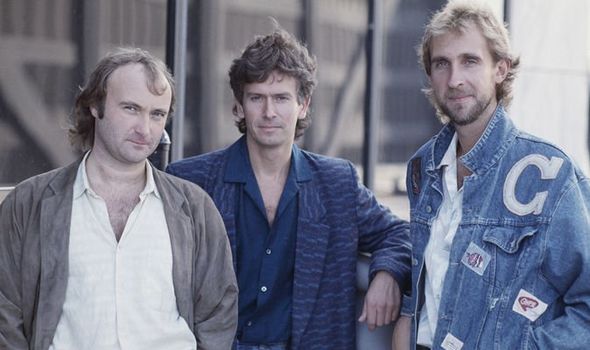 During a press conference for his 2017 UK solo tour, the now 69-year-old said: “I wouldn’t want to do anything that lasted six months or a long time. But I wouldn’t rule out doing something.”

Genesis formed in 1967 with Collins added as the drummer in 1970 and eventually lead singer, taking over from Peter Gabriel.

Earlier this year, the musician revealed how The Beatles’ George Harrison once played a prank on him. 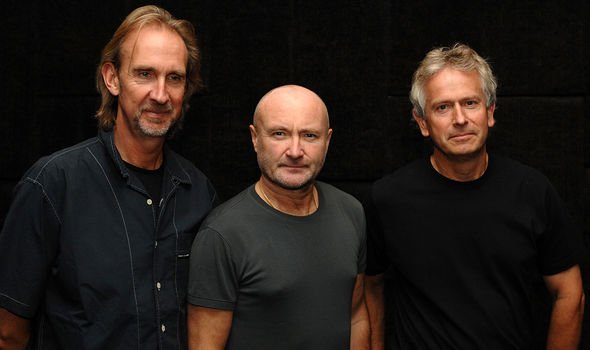 Speaking with Classic Rock, the 69-year-old revealed how playing drums with the star came about.

Collins said: “That was when I was in Flaming Youth. Our manager got a call from Ringo Starr’s chauffeur, who said they needed a percussionist, and he suggested me.

“So I went down to Abbey Road and Harrison was there and Ringo and Billy Preston and Klaus Voormann and Phil Spector, and we started routining the song. No one told me what to play, and every time they started the song, Phil Spector would say, ‘Let’s hear guitar and drums,’ or ‘Let’s hear bass and drums.’

“And I’m not a conga player, so my hands are starting to bleed. And I’m cadging cigarettes off Ringo – I don’t even smoke, I just felt nervous. Anyway, after about two hours of this, Phil Spector says, ‘Okay congas, you play this time.’ And I’d had my mic off, so everybody laughed, but my hands were shot.”

DON’T MISS…
Liam Gallagher claims brother Noel turned down big money reform offer [REUNION]
One Direction: Are One Direction getting back together? [REUNION]
Robbie Williams: ‘I would love a take that reunion tour!’ [REUNION]

Collins added: “And just after that they all disappeared – someone said they were watching TV or something – and I was told I could go. A few months later I buy the album from my local record shop, look at the sleeve notes and I’m not there. And I’m thinking, ‘There must be some mistake!’ But it’s a different version of the song, and I’m not on it.”

“And Harrison was a friend of Jackie’s, and Jackie told me George was remixing All Things Must Pass.  And he said, ‘You were on it, weren’t you?’ And I said, ‘Well I was there.”’ Two days later a tape’s delivered from George Harrison with a note saying: “Could this be you?”

“I rush off and listen to it, and straight away I recognise it. Suddenly the congas come in – too loud and just awful.”

He added: “And at the end of the tape you hear George Harrison saying, ‘Hey, Phil, can we try another without the conga player?’

“So now I know, they didn’t go off to watch TV, they went somewhere and said, ‘Get rid of him,’ cos I was playing so badly.”

“And then Jackie rings and says, ‘I’ve got someone here to speak to you,’ and puts George on and he says, ‘Did you get the tape?’ And I said, “I now realise I was fired by a Beatle.’

“And he says, ‘Don’t worry, it was a piss-take. I got Ray Cooper to play really badly and we dubbed it on. Thought you’d like it!’ I said, ‘You f***ing bastard!’ Thinking back fondly of the prank now, he added, ‘It was lovely, wasn’t it?’

How to lose visceral fat: An activity enjoyed as a child proven to help burn the belly fat

A stadium-sized asteroid will pass 'close' to Earth tomorrow

The untold truth of Taylor Swift and Joe Alwyn’s relationship

Exclusive: Barb and Star Go to Vista Del Mar Soundtrack is Getting a Vinyl Release From Mondo