Three cheers for the Prince of Wales! Charles is given daffodils by excited flag-waving well-wishers in a belated St David’s Day celebration as he arrived at Jesus College, Oxford

Prince Charles appeared in high spirits as he was greeted by well-wishers waving the Welsh flag as he arrived at the University of Oxford today.

Charles, 71, was handed a bunch of daffodils as he arrived at Jesus College, in a belated St David’s Day celebration.

The prince met students, staff and College Fellows at Jesus College before going on to meet the sixth Chair of Celtic, Dr David Willis.

As he made his way through the excited crowds, the royal, who donned a grey suit underneath a smart beige coat, was also offered daffodils in honour of St David’s Day which was celebrated by the college last week. 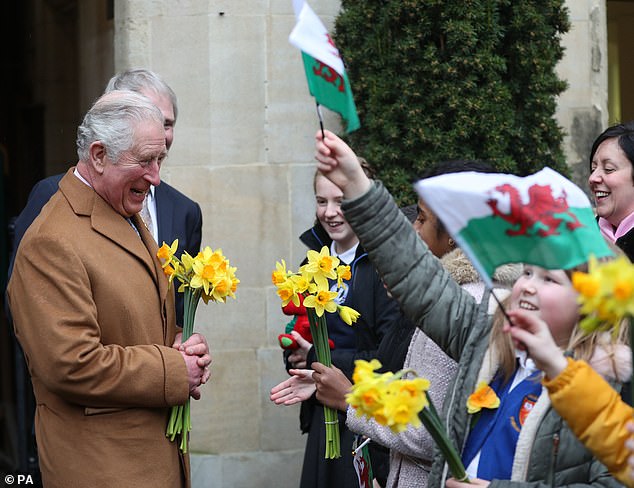 Prince Charles, 71, was offered daffodils as he greeted students, staff and College Fellows at Jesus College in Oxford today 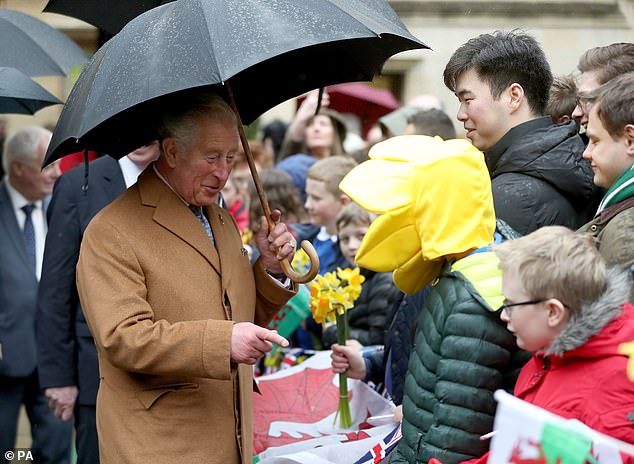 The royal carried a black umbrella over his head as he spoke outside the college. The treats were handed over as a belated St David’s Day celebration

Despite the rain, the prince, who carried a black umbrella over his head, did not let the wet weather dampen his day as he spoke with the school children outside the historic establishment and shook their hands.

His Royal Highness later met with the new Chair of Celtic Dr Willis, who was previously a Reader in the Department of Theoretical and Applied Linguistics at the University of Cambridge, and college alumni inside the dining hall at the college.

The Jesus Chair of Celtic, which was established in 1877 at the world renowned university, is the only professorship in Celtic studies at an English university.

The academic’s appointment comes after a £3.25 million fundraising campaign to reinstate the position following an eight-year hiatus, with the previous Chair of Celtic Professor Thomas Charles-Edwards serving from 1997-2011. 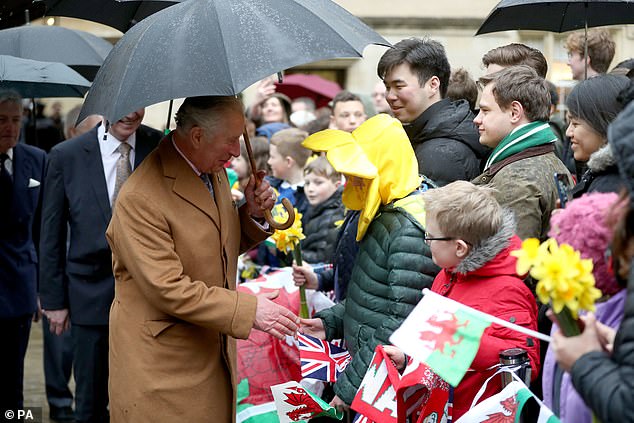 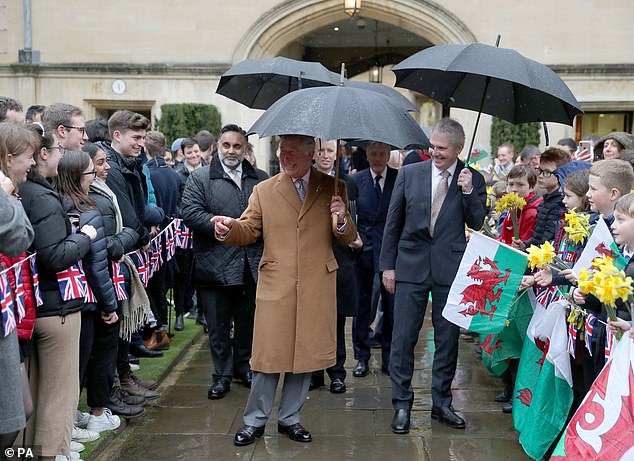 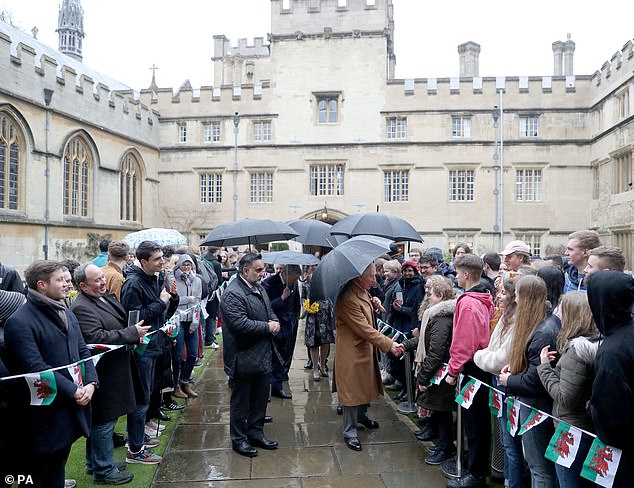 The prince, who is expected to visit Kellogg College where he will receive his honorary Bynum Tudor Fellowship, greeted the crowds outside Jesus College 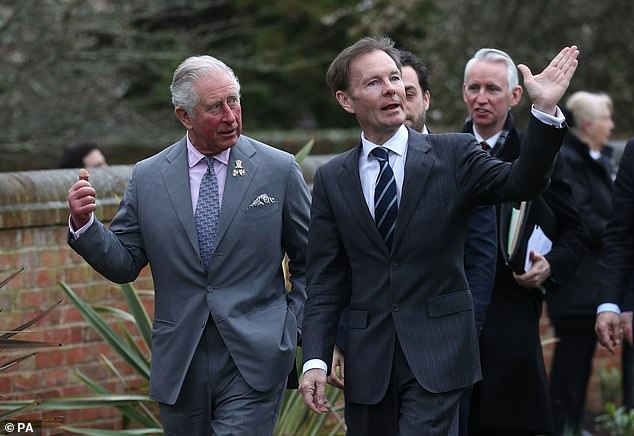 While inside the hall, the prince was greeted by a choir and was also able to view the 14th century medieval manuscript The Red Book of Hergest- a collection of Welsh poetry and prose.

The prince is also expected to visit Kellogg College while in Oxford where he will receive his honorary Bynum Tudor Fellowship after being elected for the award in November 2019.

After accepting his award last year the prince said: ‘It gives me great pride and pleasure to accept the Bynum Tudor Fellowship this year, and I would like to express my particular gratitude to Kellogg College in presenting me with this significant honour.’ 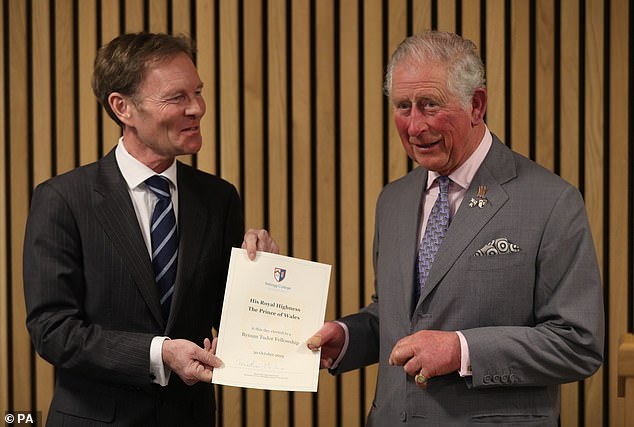 Professor Jonathan Michie presented the Prince of Wales with a certificate after being awarded the Bynum Tudor Fellowship. Pictured: Prince Charles with Jonathan at Kellogg College in Oxford 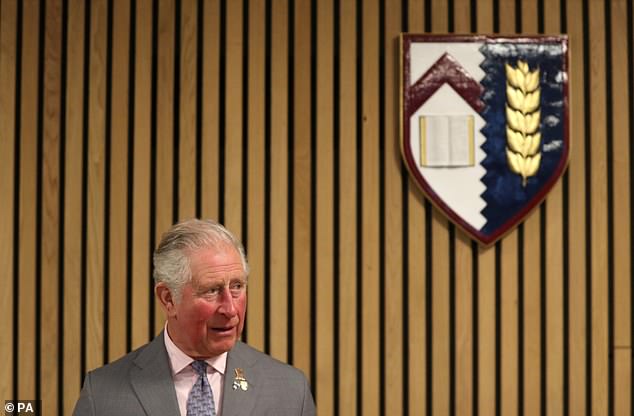 Prince Charles (pictured) gave a speech, revealing that he was filled with great pride and pleasure to accept the Bynum Tudor Fellowship 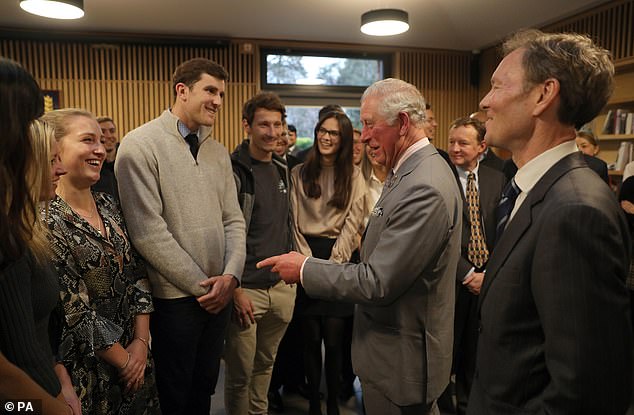 The 71-year-old appeared in good spirits as he shared a joke with students during his visit to Kellogg College in Oxford. Pictured: Prince Charles talking to those gathered at the institution 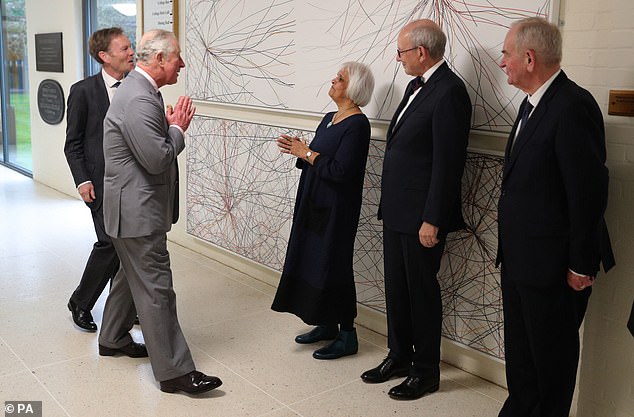 Jets building around Trevor Lawrence is as vital as drafting him

Prison officer, 50, guilty of perverting the course of justice