His Royal Cuteness! Prince Charles of Luxembourg, one, steals the show as he plays with a soft toy on a visit to Esch-sur-Alzette with his parents

The young royal, sported a pair of cute white dungarees and he played in Esch-sur-Alzette ahead of the country’s national day.

Pairing the look with blue trainers, Charles looked in his element as his parents opened a playground in the city.

Charles was born in May 2020 at the height of the coronavirus pandemic, and has become a fixture of the Grand Ducal Court’s Instagram account. 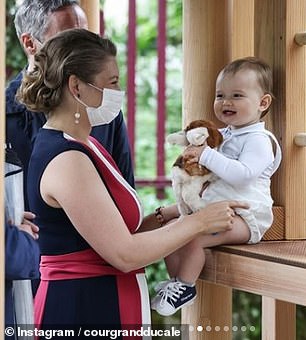 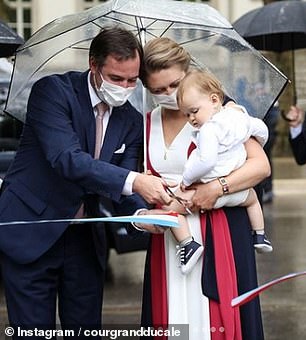 Prince Charles of Luxembourg, one, stole the show during his parents’ visit to Esch-sur-Alzette yesterday ahead of the country’s National Day

In a series of pictures shared on the social media platform, the Luxembourg cherub was seen in the arms of his doting mothers as Guillaume and Stephanie went about their duties.

He seemed particularly interested in the opening of the playground named after him, and didn’t seem bother by the rain drizzling down on the town in south-west Luxembourg.

After expertly cutting the ceremonial ribbon, Stephanie and Guillaume stopped for a family cuddle before bringing Charles to the brand new slide which had been co-funded with the donations that had been received at the time of his birth.

The little one was then photographed beaming while sitting with his parents by the playground’s slide.

The stylish mother-of-one was wearing a sleeveless red, white and blue dress but wore no bag, keeping her hands free for her little one. 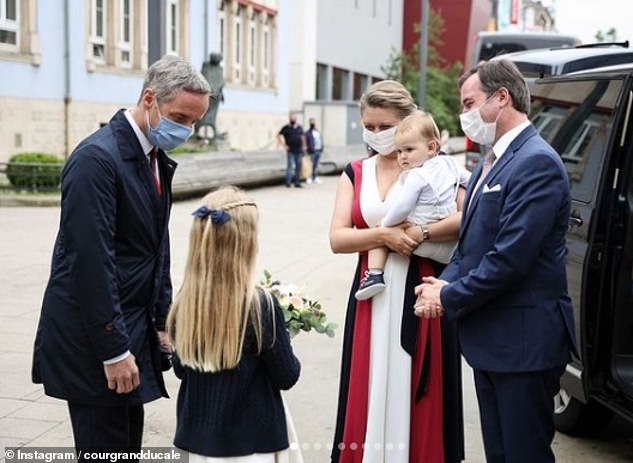 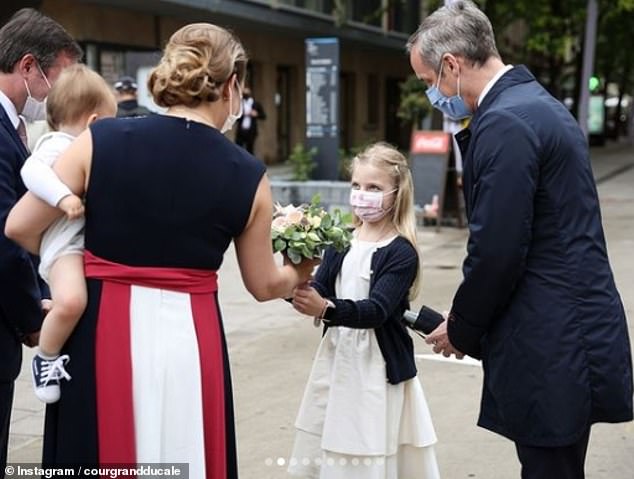 All except Charles, who was too young, were wearing face masks when the Grand Ducal couple arrived

Stephanie and Guillaume both wore face masks during the event.

‘Ahead of tomorrow’s National Day, the hereditary couple revived the tradition of travelling to Esch-sur-Alzette, the country’s second biggest city, after festivities didn’t take place in 2020,’ a post on the social media platform read.

The visit was limited in size and followed a slimmed-down programme due to coronavirus restrictions.

The couple first attended a memorial service at the city’s war monument, before they opened the ‘Prince Charles’ inclusive playground.

It was co-financed by the town of Esch-sur-Alzette and the Grand Duke and Grand Duchess Foundation, which use the money that had been donated to mark Charles’ birth in 2020. 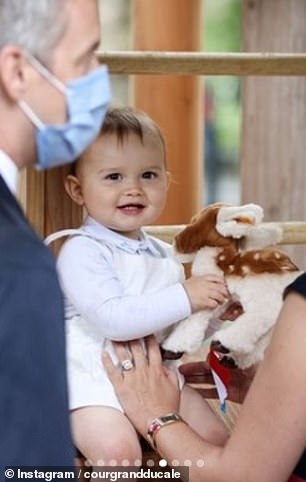 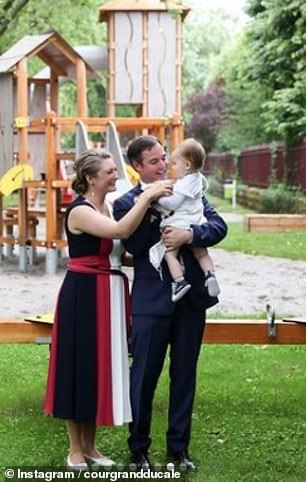 The family stopped to enjoy a cuddle during the playground’s opening. Guillaume and Stephanie couldn’t resist coddling their son 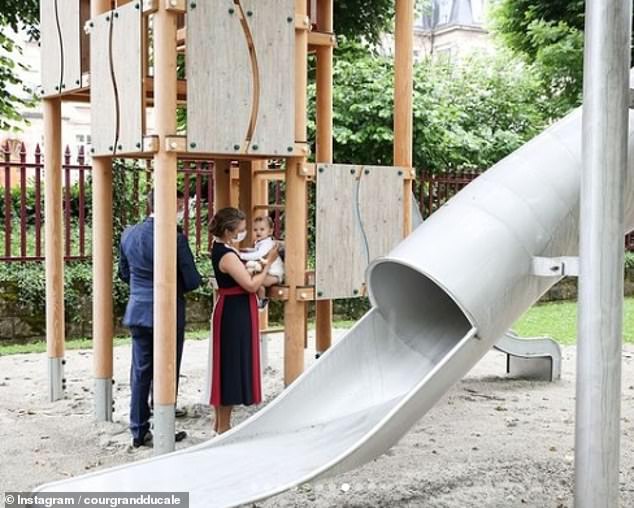 Stephanie and Guillaume took their son around the playground, which was named after him and funded by the donations they received at the time of his birth

In the evening, Guillaume and Stephanie attended a mass, in keeping with the National Day’s eve tradition.

For the pious occasion, Stephanie performed an outfit change and picked a green velvet number that covered her arms.

After his busy afternoon opening the playground, Charles skipped the mass to get some rest at home. 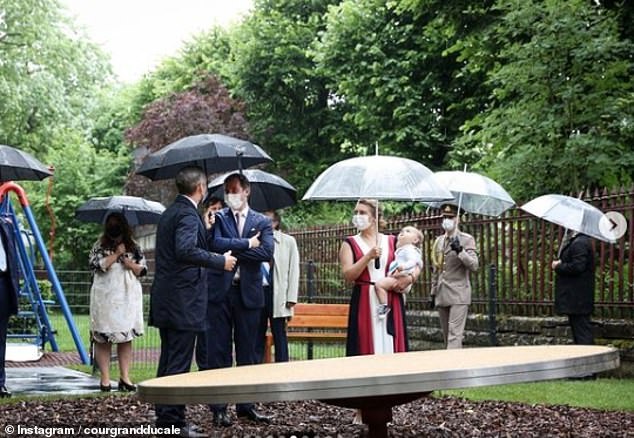 The rain didn’t ruin the royals’ day out, and Prince Charles seemed to be fascinated by his mother’s transparent umbrella 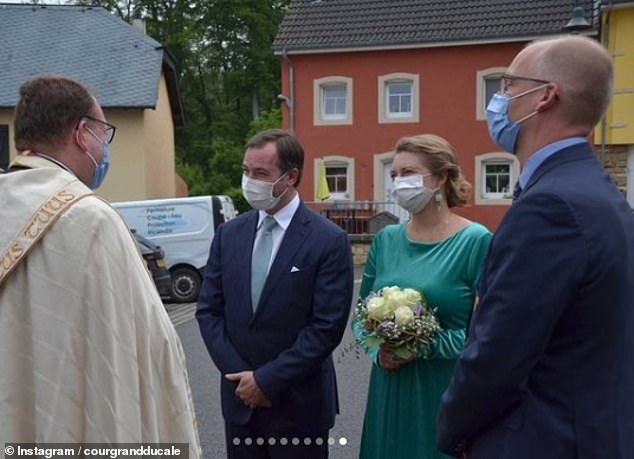 In the evening, the couple left Baby Charles at home and attended a mass. Stephanie performed an outfit change and put on a velvet green dress with long sleeves

How to donate to Ashley Cain's GoFundMe page

Jealous boyfriend who broke into ex-girlfriend's home is jailed