As the world reacts to Prince Harry and Meghan Markle’s new Netflix series, the couple are addressing the narrative that they left their roles working for the royal family for a private life.

“Their statement announcing their decision to step back mentions nothing of privacy and reiterates their desire to continue their roles and public duties,” the Duke and Duchess of Sussex’s global press secretary, Ashley Hansen, said in a statement to The New York Times on Thursday, December 8, the same day the show started streaming. “Any suggestion otherwise speaks to a key point of this series. They are choosing to share their story, on their terms.”

Hansen concluded that it’s “an entirely untrue narrative” to suggest they asked for privacy when announcing their decision to stop working as senior members of the royal family in January 2020. 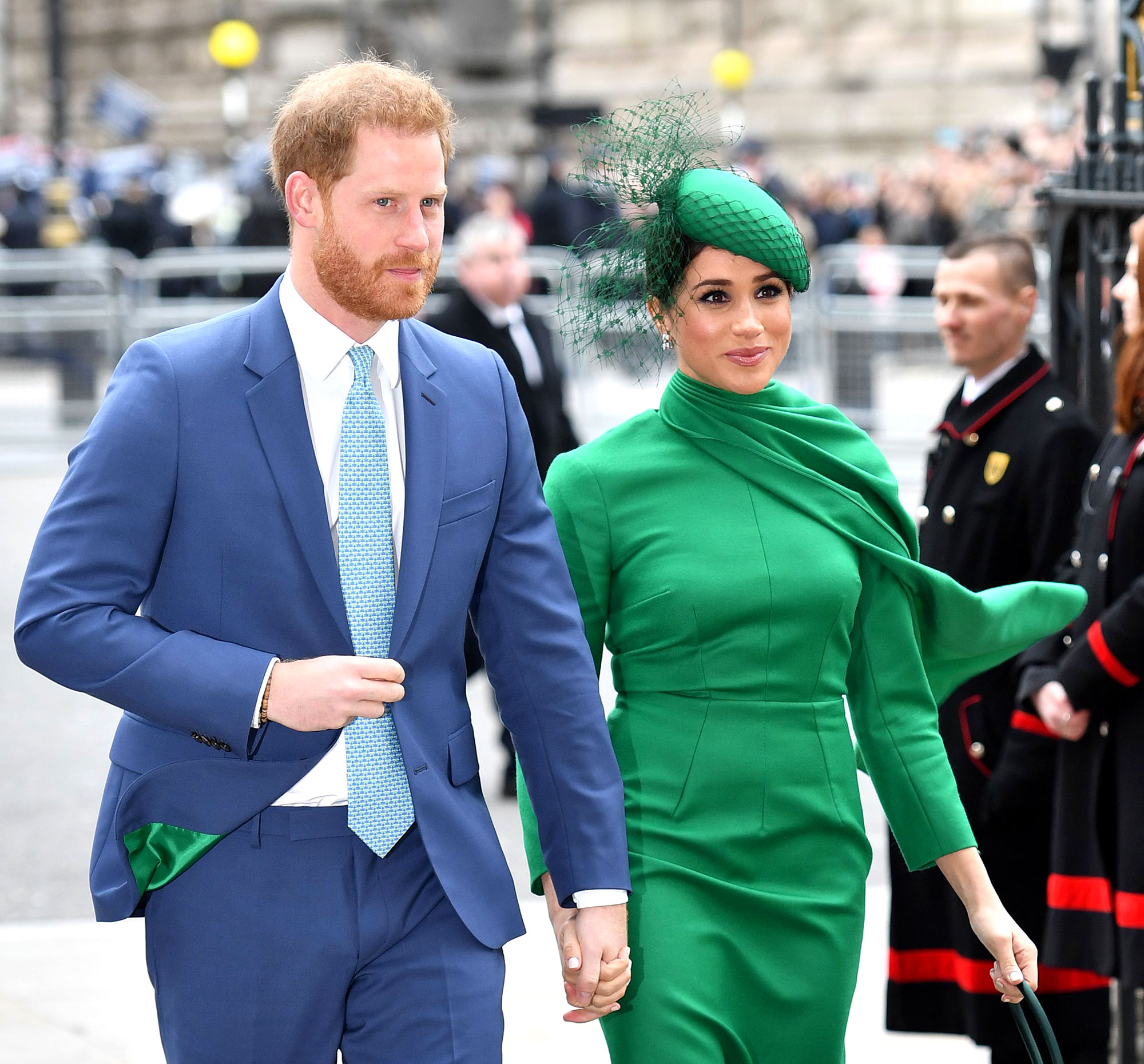 Their initial statement at the time read: “After many months of reflection and internal discussions, we have chosen to make a transition this year in starting to carve out a progressive new role within this institution. We intend to step back as ‘senior’ members of the Royal Family, and work to become financially independent, while continuing to fully support Her Majesty The Queen. It is with your encouragement, particularly over the last few years, that we feel prepared to make this adjustment. We now plan to balance our time between the United Kingdom and North America, continuing to honor our duty to The Queen, the Commonwealth, and our patronages. This geographic balance will enable us to raise our son with an appreciation for the royal tradition into which he was born, while also providing our family with the space to focus on the next chapter, including the launch of our new charitable entity. We look forward to sharing the full details of this exciting next step in due course, as we continue to collaborate with Her Majesty The Queen, The Prince of Wales, The Duke of Cambridge, and all relevant parties. Until then, please accept our deepest thanks for your continued support.”

Queen Elizabeth II, who died in September, added at the time that Harry and Meghan wanted a “more independent life,” adding: “It is my whole family’s hope that today’s agreement allows them to start building a happy and peaceful new life.”

That March, they attended their last official royal engagement and by February 2021, their exit was made permanent via a statement from the palace. “Following conversations with the duke, the queen has written confirming that in stepping away from the work of the royal family it is not possible to continue with the responsibilities and duties that come with a life of public service,” the statement explained. “The honorary military appointments and royal patronages held by the duke and duchess will therefore be returned to Her Majesty before being redistributed among working members of the royal family.” 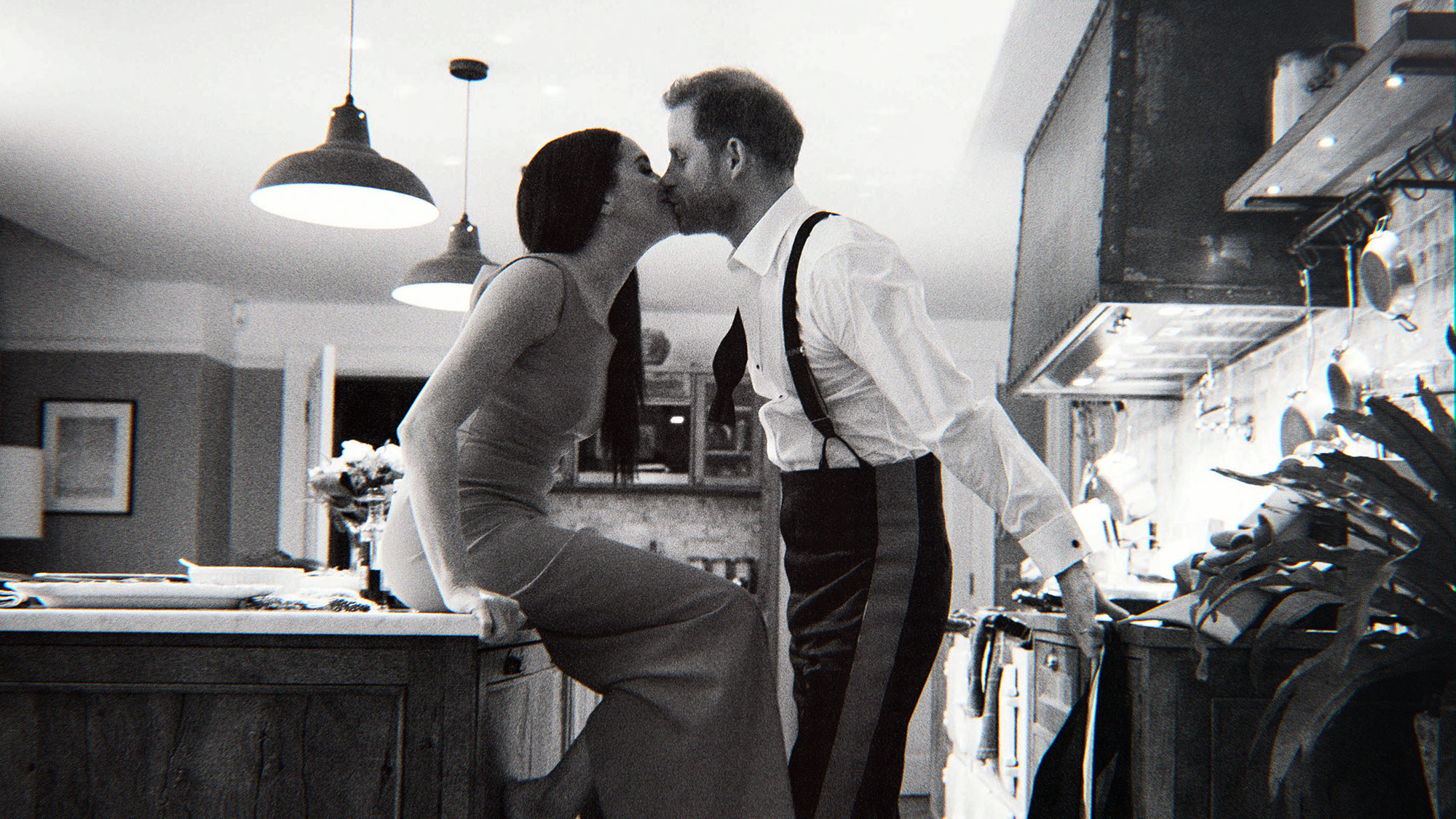 In Harry & Meghan, the six-part series which dropped the first three installments on Thursday, the pair recalled the early days of their romance, the drama leading up to their May 2018 wedding and the racism Meghan experienced from the U.K. media.

“Hi. So we’re here on Wednesday the something of March. We’ve just finished our two weeks, our, like, final push, our last stint of royal engagements. It’s really hard to look back on it now and go: ‘What on earth happened?’ Like, how did we end up here?’” Harry began in footage he filmed after their exit.

In her video diary from the same time, Meghan got emotional. “I don’t even know where to begin,” she said. “I just really want to get to the other side of all of this. I don’t know what to say anymore. …Unfortunately, in us standing for something, they are destroying us.”

Harry, who now shares Archie, 3, and Lilibet, 18, months, with Meghan, continued: “By the nature of being born into this position and with everything else that comes with it and the level of hate that has been stirred up in the last three years — especially against my wife and my son — I’m generally concerned for the safety of my family. This is about duty and service I feel as though being part of this family, it is my duty to uncover this exploitation and bribery that happens within our media.”

In the NYT profile, director Liz Garbus, who claimed the show filmed from November 2021 to July 2022, was “pressed” to address whether Harry and Meghan had “final approval over the series.”

“It was a collaboration,” Garbus resounded. “You can keep asking me, but that’s what I’ll say.”

André Leon Talley on Blackness, Religion, and the Importance of Divas