Eboni K. Williams only has five episodes of The Real Housewives of New York City under her belt, but she’s already a pro at sticking up for herself with her castmates — even Ramona Singer.

“Ramona started to see a lot of herself in me and me in her, which is very hard-nosed business, take no nonsense, very proud of the fact that we are self-made,” the University of North Carolina alum, 37, told Us Weekly exclusively on Friday, May 28, while promoting her partnership with Dress for Success. “And I think that’s where the similarities that she was attracted to come from.” 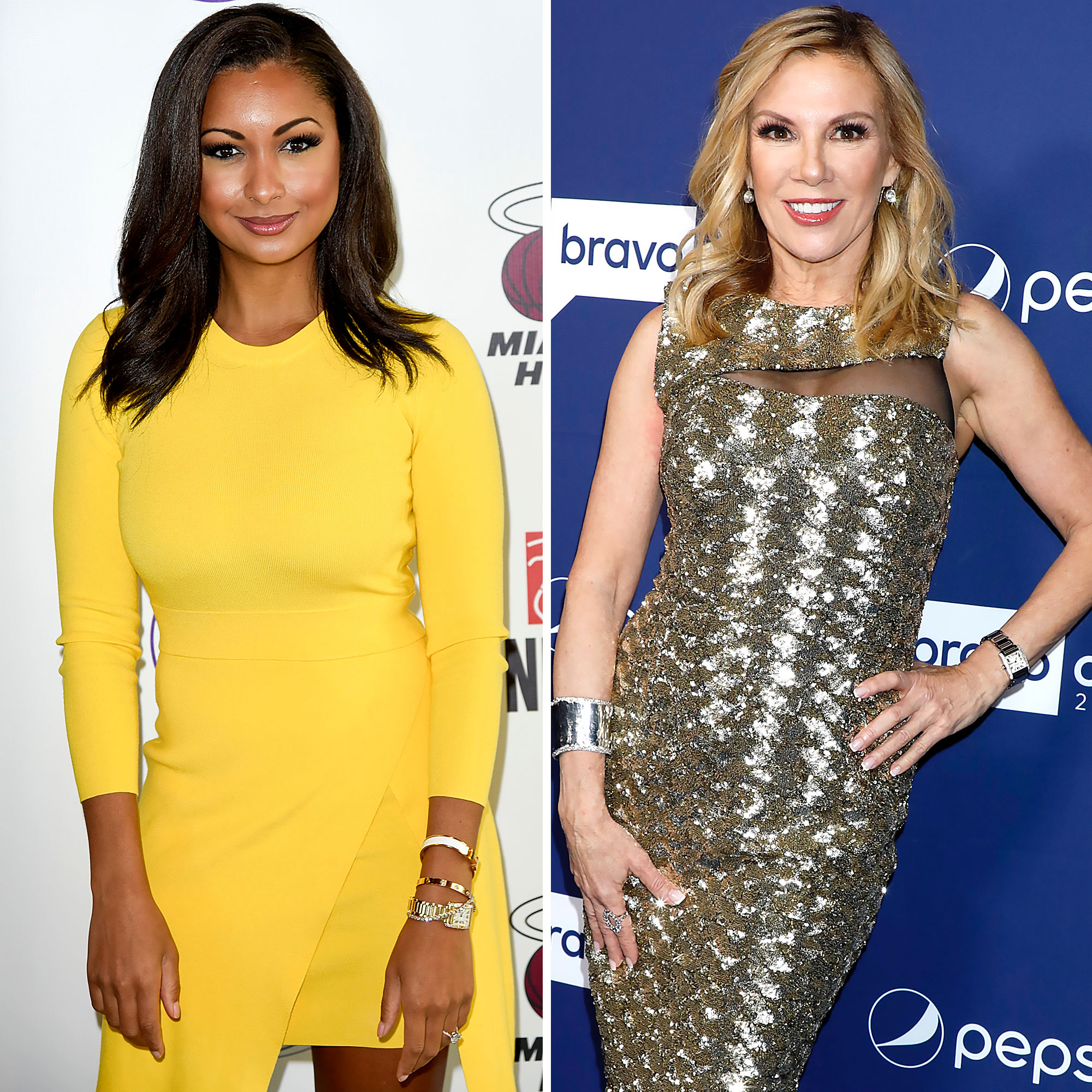 Upon meeting Eboni for the first time in the season 13 premiere, the True Faith founder, 64, claimed she felt immediately connected to the attorney, who reacted with some skepticism. Now, though, she understands what Ramona was feeling.

“I think Ramona was trying to describe is more-so how much we optically have in common,” she explained. “Like, it’s kind of bizarre — Ramona and I are literally the same exact measurements. … We like a lot of the same things in life. We like the same wine, we like the same cocktails, we like the same food.”

Biggest ‘Real Housewives’ Feuds Ever — And Where the Relationships Stand Today

Despite those commonalties, the duo clashed over Ramona’s use of the term “the help” to describe some of her employees. When Eboni took her aside to explain why the phrase was problematic, the Life on the Ramona Coaster author reacted with uncharacteristic calm.

“Ramona is very good at evading,” the TV host told Us, noting that “it took about five minutes to convince her” to have the “help” conversation. “She’s a professional runner, and she really tried to shut that conversation down. But what she saw when I kind of forced her hand … is it was not in the spirit or intention of canceling her, or making her look or even feel bad. It really was from this place of, ‘I want to express how I’m feeling and give you an opportunity to consider that moving forward,’ and she did.”

Eboni added that she’s seen a change in her fellow Housewife since that discussion. “Ramona literally asks and remembers the server’s names now,” she said. “It might seem small to some people, but I think that’s a big, important step. It just says that even at this stage in her life, she’s so successful and has so much notoriety and money, [but] she’s actually not beyond self-improvement.”

The newest New York Housewife admitted that “challenges do pop up later in the season” with Ramona, but their conversation “was a good place to start.”

For now, though, Eboni is happy to focus on her work with Dress for Success, which recently put on a virtual event called “Women, Wine & Wardrobe” hosted by sommelier Belinda Chang.

“I’ve been working collaboratively with Dress for Success for many years now, and it’s just something I believe in,” the “Holding Court With Eboni K. Williams” host explained. “They’re really the only [organization] that focuses unapologetically on enhancing women’s confidence in their aesthetic as a way of empowering them economically. It’s more than just, you know, dresses and suits on a rack. It really is every career resource, from interview tips to resume writing, to cover letters — all of it.”

With reporting by Christina Garibaldi

Why Was 'Thor: Ragnarok' Such a Hit? It 'Reinvented' Thor

Obama urges skeptics to trust COVID vaccine: It’s a ‘good thing to get’