CRISTIANO RONALDO and Paulo Dybala were caught slamming their midfield during their shock Champions League defeat to Lyon.

Under pressure Maurizio Sarri is facing an uphill battle in the second-leg after watching his side crash to a 1-0 loss. 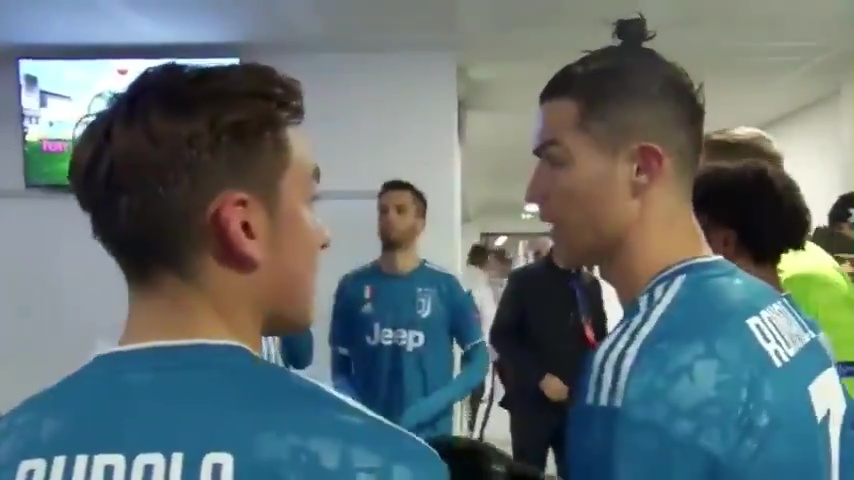 The gaffer is under serious scrutiny to perform well in Europe as they bid to end their 24-year wait to lift the famous trophy.

And it appears that pressure is filtering down to the squad following footage doing the rounds online.

While waiting for the second half to begin, five-time Ballon d'Or winner Ronaldo can be seen locked in conversation with fellow star player Dybala.

Ronaldo initiates it by saying: "We are left alone out there, the midfielders are giving us no support."

The Argentine then responded: "Nobody is getting the ball."

Ronaldo, 35, then added: "I know, not even the second balls, nothing."

Sarri risked damaging morale among the squad after the contest by attacking his players publically.

He said: "I don’t know why I cannot get the players to understand the importance of moving the ball quickly.

"This is fundamental, we’ll keep working on it and sooner or later this concept will get into their heads.

"I continued to tell them, and there were many who were doing it, moving the ball too slowly and therefore getting into the wrong positions."

The show must go on: Sydney art gallery bucks the trend

Smaller than a grain of rice, this creature could be our forebear