Victorian boarding schools will soon be overseen by the state’s schools regulator, after the child sex abuse royal commission found a disproportionate number of survivors had been abused in a boarding school.

In response, the Victorian Registration and Qualifications Authority will be granted compliance and enforcement powers to ensure school boarding premises satisfy minimum safety standards from July. 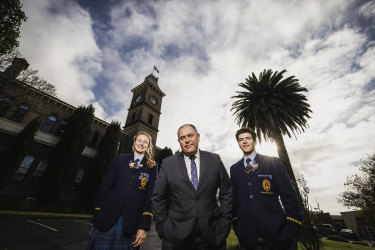 The Victorian government is proposing to prescribe minimum standards that closely align with existing standards for schools, describing them as the most practically feasible of three options. The government forecasts this will cost $1.56 million over seven years, mostly borne by the regulator.

Under the changes, boarding schools will be required to comply with working with children laws, provide a register of students and record of their locations, and have minimum standards for facilities, governance and student welfare.

But the Australian Boarding School Association, which represents every Victorian boarding school, said the government should have chosen a more ambitious national system of certification that schools have developed with Standards Australia.

These national minimum standards cover child protection, the safety and wellbeing of boarders, facilities, financial management, the management of staff and community engagement. 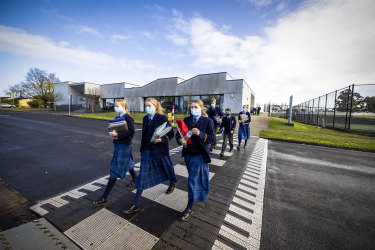 Association president Richard Stokes said the Victorian government was doubling the workload and costs for schools.

“They’re going to make the Victorian boarding schools jump through two sets of hoops instead of one, because they [schools] will want to be nationally accredited, not just state accredited,” he said.

Many schools have suffered revenue falls because of boarding closures as a result of the coronavirus. Many students have returned to their home country, some for remote learning, while new students have been unable to fly to Australia.

Andrew Hirst, principal of the Hamilton and Alexandra College, said while he supported any endeavour to improve child safety, he believed the Victorian standards should have gone further.

“I’m saddened that it’s not in my opinion best practice,” Dr Hirst said. “We aspire for best practice in all we do and to be at odds with the rest of the country is extremely frustrating.”

But Chris Van Styn, head of boarding at Ballarat Grammar, said the Victorian standards would be good for schools.

A spokesman for the Victorian Registration and Qualifications Authority said it would consult with affected schools in the lead-up to July.