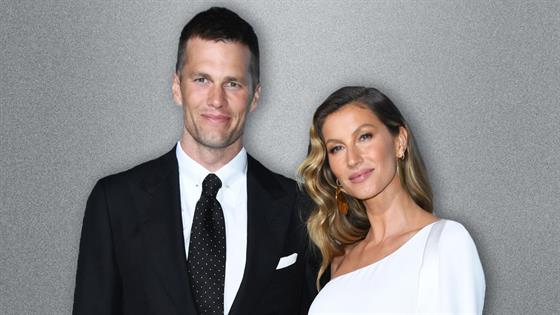 Before she became one of the world’s most successful supermodels ever, Gisele Bündchen was just a teenager making her runway debut at Fashion Week.

When she was 14, Gisele made her big modeling debut, beginning her long and lucrative career as one of the best in the business. Seriously, at one point, Forbes estimated Tom Brady‘s better half was earning $128,000 per day.

Alas, all good things must eventually come to an end, and in 2015, Gisele reflected on her career after announcing her retirement from the catwalk after modeling for iconic brands such as Chanel, Giorgio Armani and Dolce & Gabbana in an emotional Instagram post.

“I am grateful that at 14, I was given the opportunity to start this journey,” The New York Times‘ bestseller wrote. “Today after 20 years in the industry, it is a privilege to be doing my last fashion show by choice and yet still be working in other facets of the business.”

But success didn’t come easy for the supermodel.

“I was going to castings daily, but work was still very slow,” Gisele told People in 2016, revealing she was rejected 42 times before finally landing her now-iconic gig in Alexander McQueen’s theatrical “Golden Shower” runway show in 1998 that launched her international modeling career and earned her the nickname “The Body.” 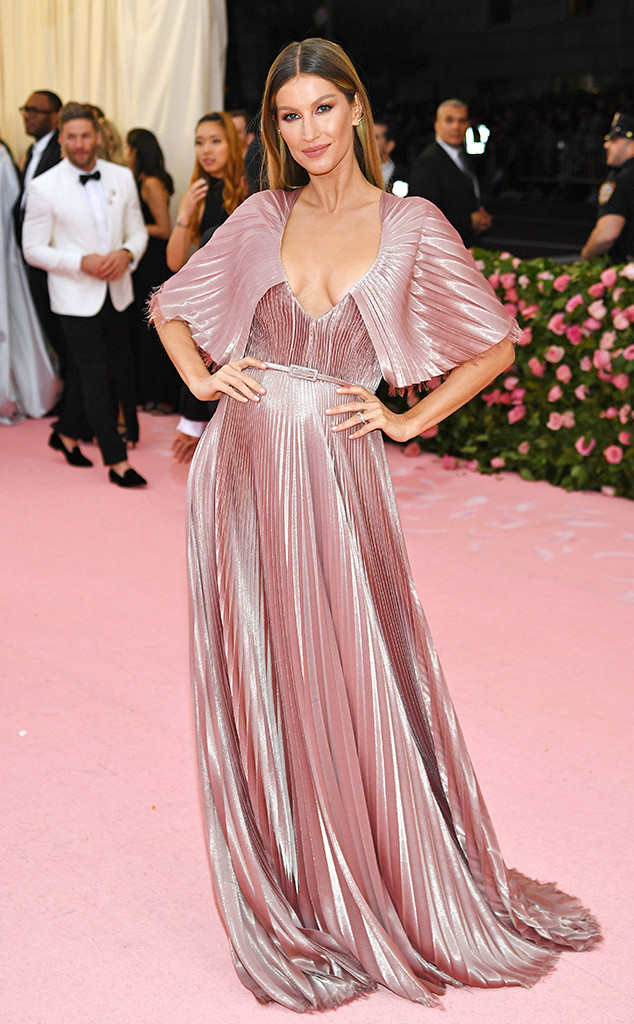 But she almost walked away from the career-defining moment at the last minute when she learned she would be walking the catwalk topless.

After breaking down in tears, Gisele almost walked away before fate a make-up artist named Val stepped in with an usual solution in the form of white paint.

“As soon as Val, the make-up artist, saw the situation, she said she would paint a top on me using white make-up,,” Gisele wrote in her autobiography. “Val told me how beautiful it looked and said that the runway was so dark that nobody would know. If Val hadn’t shown up then, I seriously doubt that I could have walked the runway.”

The rest, as t hey say, is history.

Look back on Gisele’s early days of modeling… 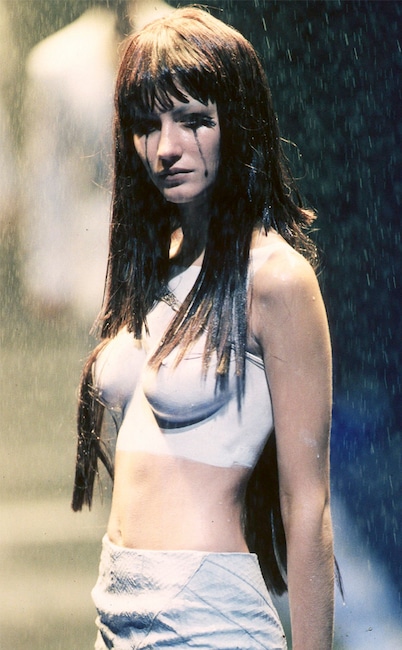 The Alexander McQueen “Golden Shower” show in 1998 launched Gisele’s career after a make-up artist calmed her nerves over walking the catwalk topless by painting on a white tube top. 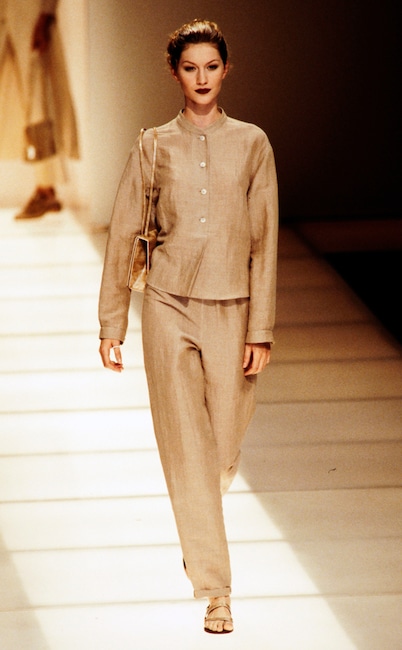 Gisele hit the runway in Milan for Emporio Armani in 1996. 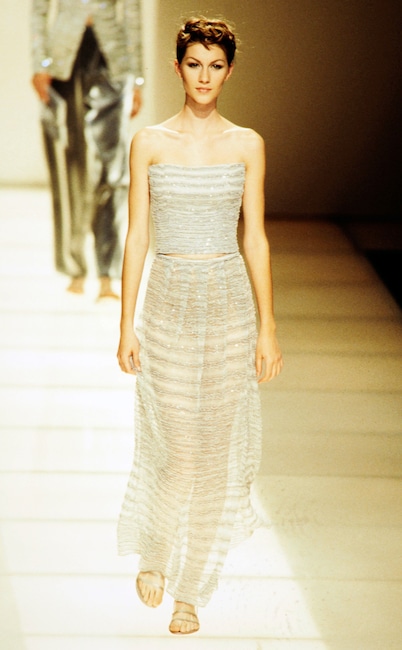 The same year, she rocked this see-through glittery look in the Giorgio Armani Spring 1997 show. 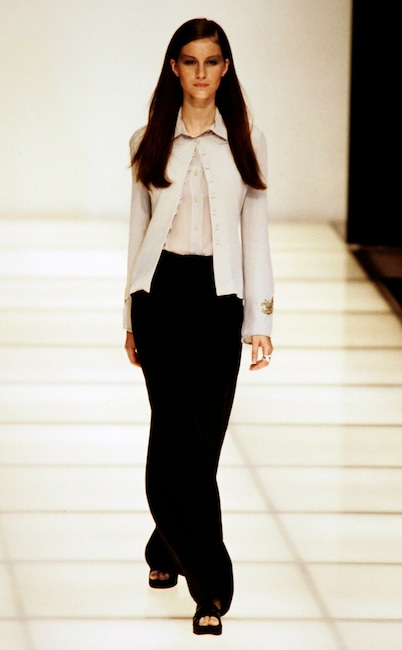 Clearly a favorite of Armani, the teen was back in action for Emporio Armani in the Spring 1998 show. 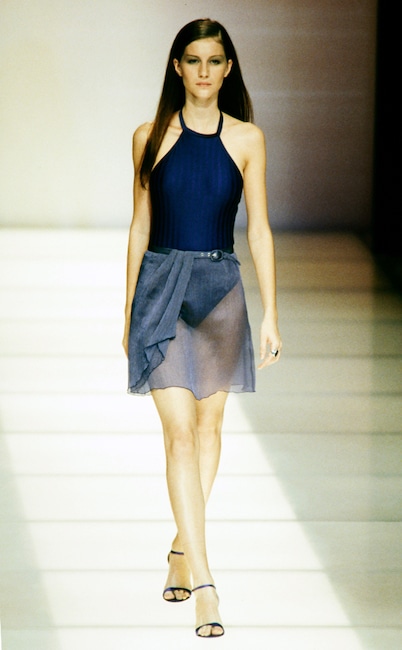 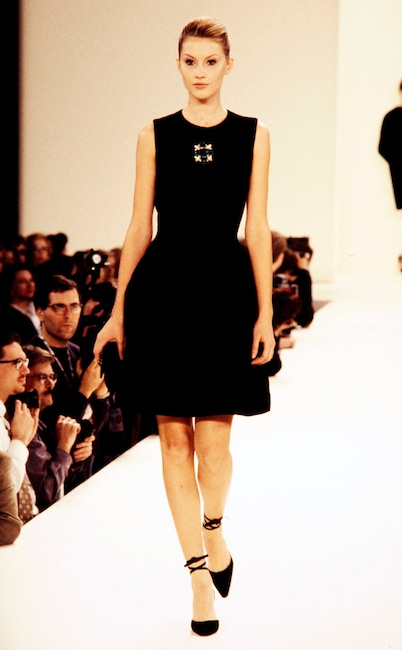 The then up and coming model sported an LBD for the Oscar de la Renta Fall 1996 show. 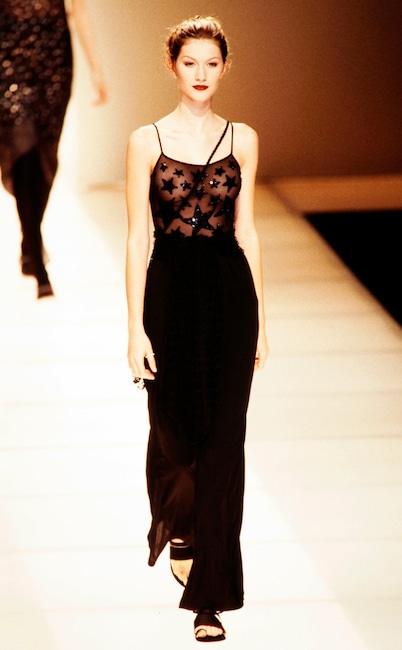 Is Chinese Food Bad For You?

Mikel Arteta is NOT right manager for Arsenal and should be sacked and replaced by Patrick Vieira, urges William Gallas

Coronavirus versus the flu — which is worse?