As Taylor Swift re-records her music so she can finally own the rights to the songs, she dropped the first re-recorded track, ‘Love Story,’ on Feb 12.

Taylor Swift, 31, is finally giving fans a listen of her re-recorded music. The singer shared the new version of “Love Story,” which was first released in September 2008. Naturally, she sounds much more grown up and powerful in the re-recorded track (she was just 18 when she first recorded the original). The new version is officially called “Love Story (Taylor’s Version)”, making it clear that this is the version of the song that Taylor owns the rights to.

Taylor fully owns the rights to this version of the song, as she will with all of the music she re-records and releases to the public. The 31-year-old has been re-recording the music from her first six albums (Taylor Swift, Fearless, Speak Now, Red, 1989 and Reputation). These were all of the albums she recorded before leaving Big Machine Records at the end of 2018. She already owns the rights to the three albums (Lover, Folklore and Evermore) that she’s released on her new label, Republic Records.

Hours before releasing “Love Story (Taylor’s Version),” Taylor announced that the entire re-record of Fearless, her second album, will be coming on April 9. She also revealed that the new version will have 26 songs in total, which means there will be six never-before-heard songs that didn’t make the original album (platinum edition) when it was released. These are tracks that Taylor pulled from her “vault” and fans will finally be able to hear for the first time! 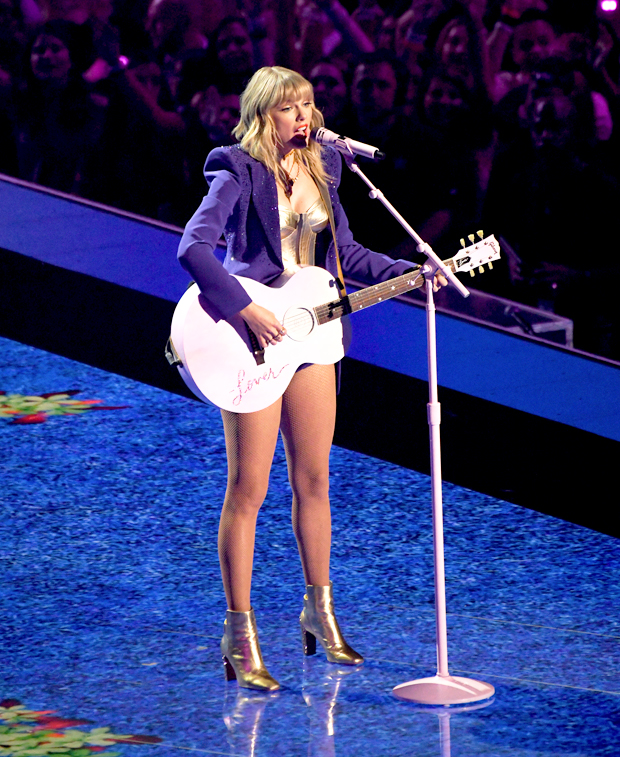 When Taylor signed her contract with Big Machine as a teenager, she agreed that the label would own the rights to her masters. As she grew up, became an international superstar, and got to know the industry better, she, naturally, wanted to own the music herself. However, when she approached label head, Scott Borchetta, about buying the rights to her songs, he wanted to make a different deal. Scott offered Taylor the rights to her first six albums, but only if she recorded six new ones on Big Machine first.

Rather than being tied to that, Taylor left the label, giving up her rights to the music. However, in 2019, Scott sold her masters to one of her nemeses, Scooter Braun, for $300 million. Since Taylor never had the chance to outright buy her own music in this way, she was (rightfully) not happy. In November 2020, Taylor’s contract with Big Machine officially ended and she was able to begin re-recording the old songs on her own terms. “Love Story (Taylor’s Version)” is just the beginning!

Why Didn't Prince Harry Return to the U.K. to Visit Prince Philip In His Final Days?

22 musicals to stream during lockdown, including The Sound Of Music