Authorities in Texas have arrested a local man who they say plotted to carry out a “mass casualty event” at a Walmart.

Coleman Thomas Blevins, 28, of Kerrville, was arrested Friday after authorities said they intercepted a message from him indicating that he was preparing to proceed with a mass shooting at the store. 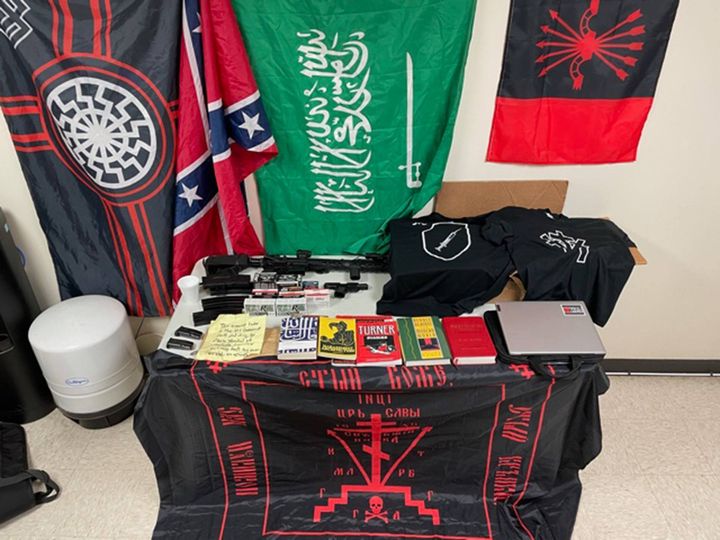 “Working with the FBI, KCSO Investigators confirmed Mr. Blevins’ capability of following through with the threat and moved immediately to arrest him,” authorities said.

He was arrested on a warrant for making a terroristic threat to create public fear of serious bodily injury.

Blevins was on active felony probation at the time of his arrest and consequently prohibited from possessing firearms, the sheriff’s office said. He has had three drug convictions, website Heavy reported, citing Texas Department of Public Safety records.

“This case reminds us that we need to always be vigilant. Many think ‘that can’t happen here,’ and it was well on the way to happening,” Kerr County Sheriff Larry Leitha said in a statement.

Additional charges, including at the federal level, may be filed in the case, the sheriff’s office said. It was not immediately clear whether Blevins has an attorney appointed to him.

Mass shootings ― events where at least four people are shot, not including a shooter ― have risen significantly over the last few years in the U.S., according to records kept by the nonprofit research group ﻿the Gun Violence Archive.

As of Monday, there have been 238 mass shootings so far this year. That amounts to 1.6 shootings every day.

The Psychological Reason You’re So Obsessed With Fall

Australia set to swelter through Autumn

Molly's Vacation Style on Insecure Is the Perfect Mix of Sexy, Comfortable, and Beachy Chic