HE may be called bonkers, absolutely nuts and the Eric Cantona of racing but to Un De Sceaux’s legion of fans he is a stable genius.

The 12-year-old’s quirks and head-strong nature have made him a firm favourite with racegoers. 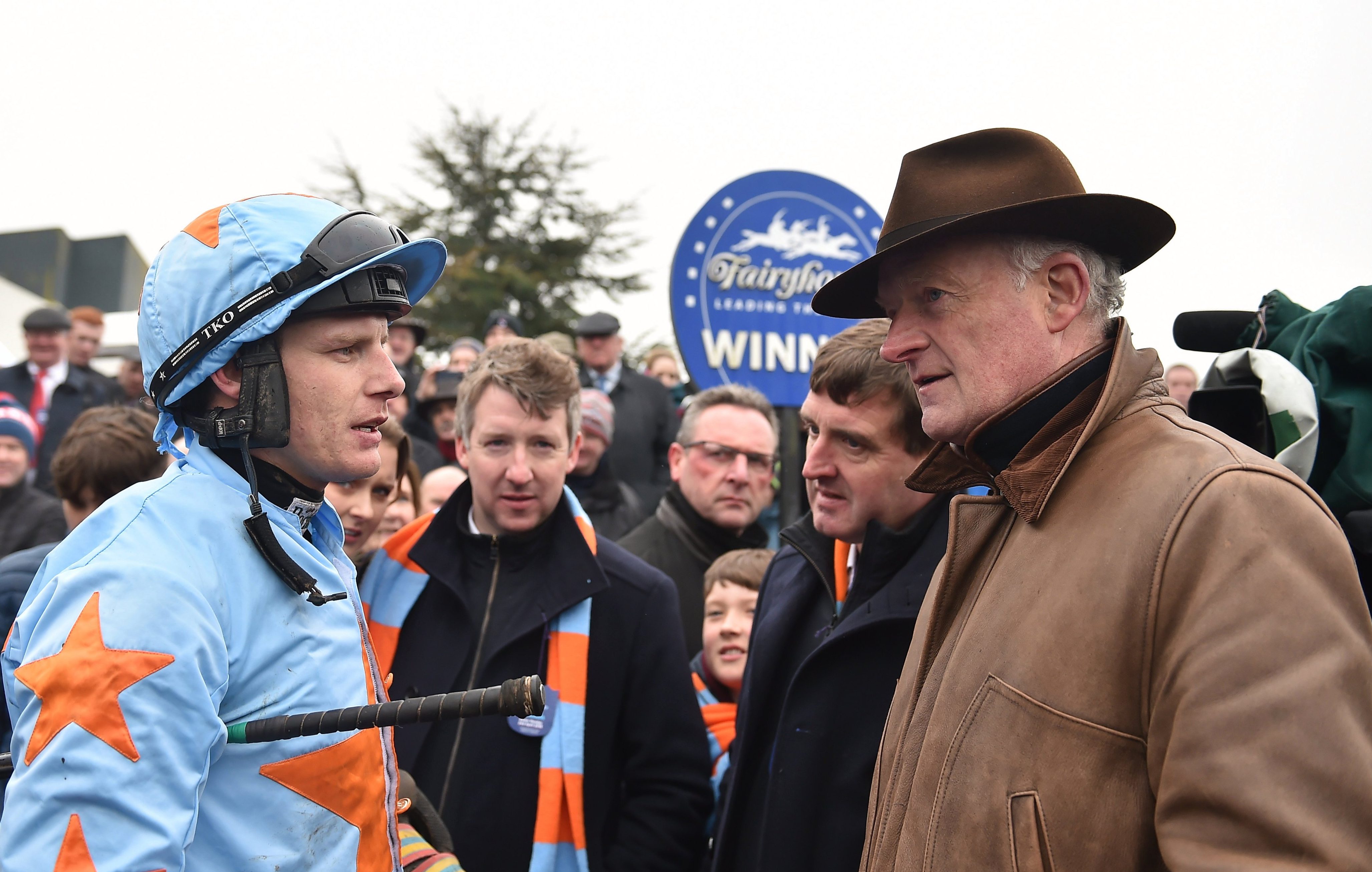 And he is sure to draw the crowds at Ascot today when he goes for an unprecedented fourth win in the Clarence House Chase.

He is certainly a massive hit with the sky blue and orange-clad O’Connell family, who have pledged to raise the roof should the Willie Mullins-trained ace come home in front.

“The public love him because he is so different, they know he tries, he has a personality, but he is a bit nutty.

“Everyone loves someone a bit different.

“He’s like the Eric Cantona of racing, we all like a crazy sportsperson and it’s safe to say our boy is a bit crazy.”

Crazy he may be, but he’s also deadly on the track.

Un De Sceaux has ten Grade 1s to his name and is a model of consistency, winning 22 of 33 races.

He has won at the Cheltenham Festival, the Punchestown Festival and taken the Tingle Creek from Sandown back to Ireland.

Despite the glittering CV, O’Connell thinks a win over Defi Du Seuil and his fourth triumph in this Grade 1 would be the icing on the cake.

He said: “If he wins the Clarence House again then that would top the lot.

“You talk about Kauto Star winning all those King Georges and the likes of Yeats winning those Ascot Gold Cups. 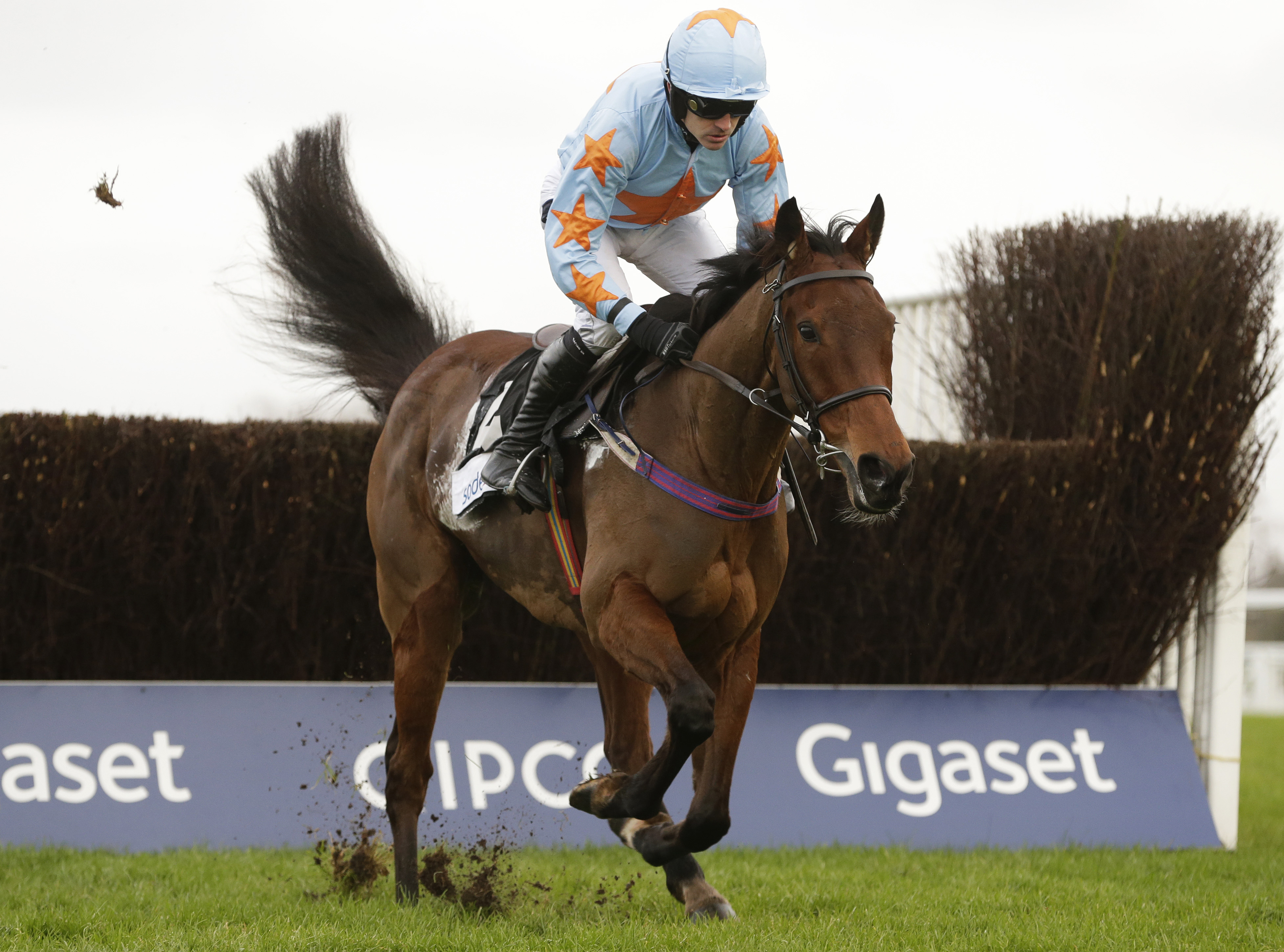 “If Un De Sceaux wins four of these I don’t think that will ever be beat. I can’t see an Irish horse doing it again, an English horse would have more of a chance but I’d be shocked.

“They better check the foundations of Ascot as I think the roof would come off if he wins, it will be so, so special.”

Most can only dream of owning a racehorse. Not many do it — and even fewer get one like Un De Sceaux.

O’Connell, 40, said: “It’s the most amazing stroke of luck how we got our hands on him.

“Willie Mullins bought us a horse called Turban and he won a race for us and then another and he was good enough.

“But we had the bug and we asked Willie to get us another one. We heard nothing for around three or four months.

“Then randomly one morning at about half-eight he rang and said ‘look, I’ve found a horse in France.

“He’s very head-strong and I have no idea what he’ll be but we’ll take a chance.” 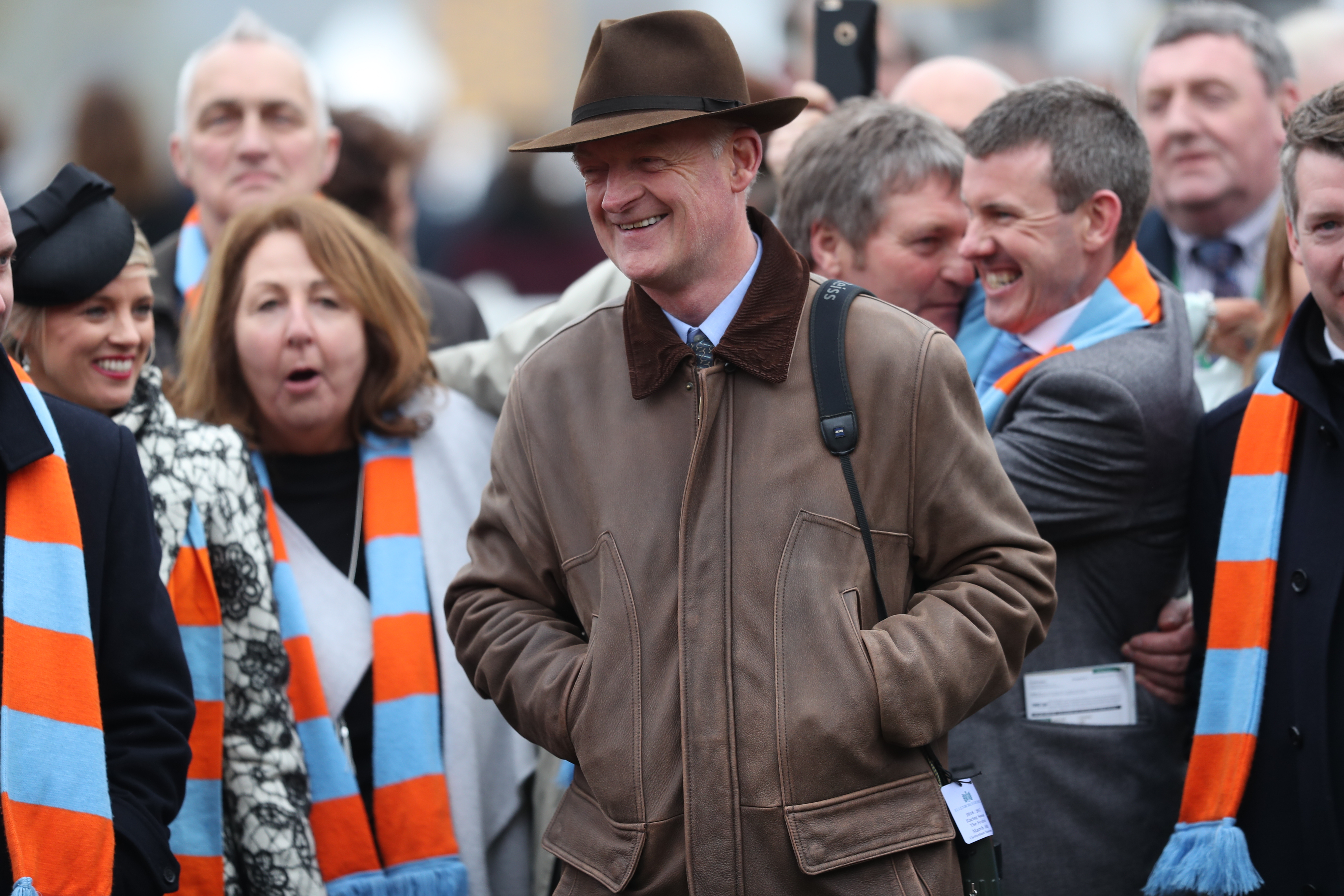 The rest is history but it wasn’t always plain-sailing, even if they quickly realised they had stumbled across something well above average.

O’Connell laughed: “He came over and he was completely bonkers, absolutely nuts.

“Ruby rode him first time at Punchestown and he hopped off him and his arms were burning.

“He said ‘Jesus Christ, I could not hold him at all’.

“When he was broken in in France they found it so hard. They gave up in the end and started taking him down to the beach and let him run from one end to the other until he stopped.

“That was the only way they could try, they had to tire him out until he could only trot again.”

But once Mullins had worked his magic he flew through the ranks, winning six on the spin and there were suggestions he should  run  in the Champion Hurdle.

The O’Connells are not ones to duck a challenge, but they let their trainer make the call to bypass the big race — turning down mega-bucks offers for their star in the meantime.

O’Connell explained: “Willie made the bold call not to run him at Cheltenham and that decision there is the reason that he is still going so strong at the age of 12.

“I’ve always said to Willie our job is to go to the races, look pretty on camera and have a good time. Your job is to do whatever you think is best for the horse.

“He said look if that’s the case we’re not going to Cheltenham.

“He had him in a race at Auteuil over the mini fences they have there and said it’ll do him the world of good.

“Cheltenham is so tough. You can win at any racecourse in the world but you go there and it can break horses mentally.”

Six years later in 2019, Un De Sceaux was sent off 5-1 for the Ryanair Chase at the Festival but could only finish fifth.

O’Connell thought for the first time that may have been the end of the fairytale, but the ‘Iron Horse’ bounced back in some style with a smooth win in Punchestown’s Champion Chase, following up his victory there the previous year.

He said: “Punchestown when he beat Min was unbelievable.

“We didn’t expect it at all and it had all gone wrong at Cheltenham before that.

“We thought that might have been it and maybe he’d given up on us and didn’t want it any more.

“He could have been retired then and there if it didn’t go well, so the fact he went out there and delivered was just so special.”

Special occasions are something O’Connell has become used to.

A roof-raising House success today might just put all those magic moments in the shade.SEE ALL FREE BETS HERE

Still can’t find Lysol spray? These disinfectants kill germs too, according to an expert

Mahatma Gandhi's bowl and cutlery could sell for £60,000 at auction

Metallica Will Unplug for Charity Livestream