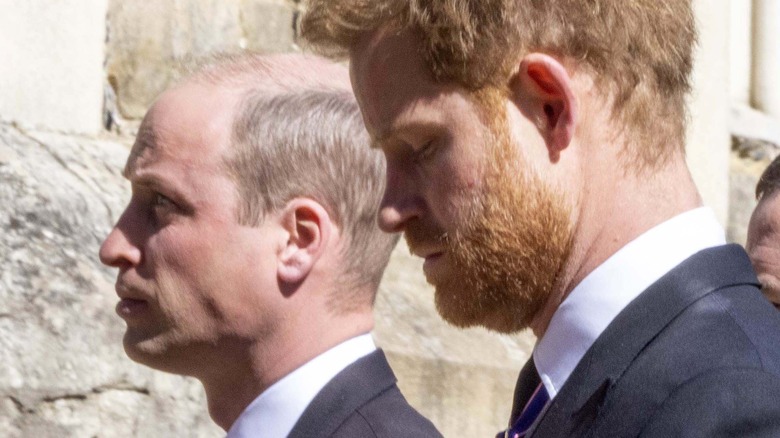 Prince Harry and Prince William’s relationship continues to be on the rocks. The brothers have reportedly had a rift between them for months, and things don’t appear to be getting any better. While reports of tension between the duo date back to 2018 (via Insider), things went to a new level back in March when Harry and his wife, Meghan Markle, spoke out about the royal family in a tell-all interview with Oprah Winfrey. During the interview, the Duke and Duchess of Sussex made some bombshell claims, per USA Today. Meghan admitted to struggling with mental health issues, including suicidal thoughts, which she says the royals were unsympathetic to.

The couple also revealed that members of the family had made racially insensitive comments about the color of their son’s skin. Harry also stated that he, his brother, and his father were “trapped” within the family, a claim that reportedly upset William (via ET). Just as the feud between Harry and William appeared to be heating up, the brothers were forced to have a tense reunion after their grandfather Prince Philip died. Harry returned home to the U.K. and walked alongside his brother as they honored their late grandfather. The two appeared to be civil. However, one royal expert says that the reunion was anything but friendly. 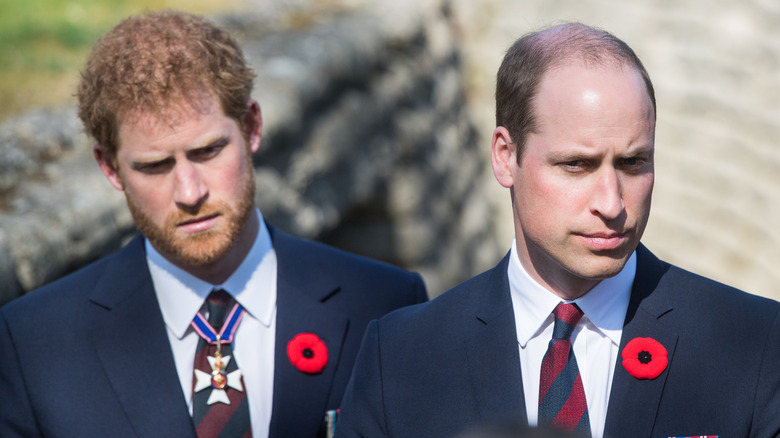 According to People magazine, Prince Harry’s return to the U.K. for Prince Philip’s funeral didn’t clear up any ill feelings between him and his older brother, Prince William. Royal historian Robert Lacey, who wrote the book “Battle of Brothers” about the two princes, writes that William and Harry’s interaction at the funeral was intense. Although the author admitted that he hoped the reunion “would bring the warring brothers together in an atmosphere of reflection,” that wasn’t the case. “They started quarreling again,” Lacey said, per the Daily Mail.

“There they were, at each other’s throats as fiercely as ever,” a family friend reportedly told the author. “The rage and anger between those two has grown so incredibly deep. Too many harsh and wounding things have been said,” Lacey stated. In addition, the author also revealed that Harry didn’t have any significant family talks with William or his father Prince Charles. “There was no reconciliation, and no brotherly sit-down or ‘mini summit’ following Prince Philip’s funeral on April 17,” Lacey said, adding that “the conflict between Diana’s two bitterly divided sons does not seem likely to end any time soon.”

Currently, Harry is back in the U.K. for the unveiling of a statue in honor of his late mother, Princess Diana. He’s set to reunite with William again on July 1 at Kensington Palace for the ceremony, and all eyes will be on the brothers to see how they interact with one another amid the tension in the family.

Amazon is giving away FREE TV shows, Kindle books, and more: how to claim them

What is the EuroMillions jackpot tonight, Friday, February 19?

AMC Theatres Has Doubts It Can Stay in Business, According to New Filing