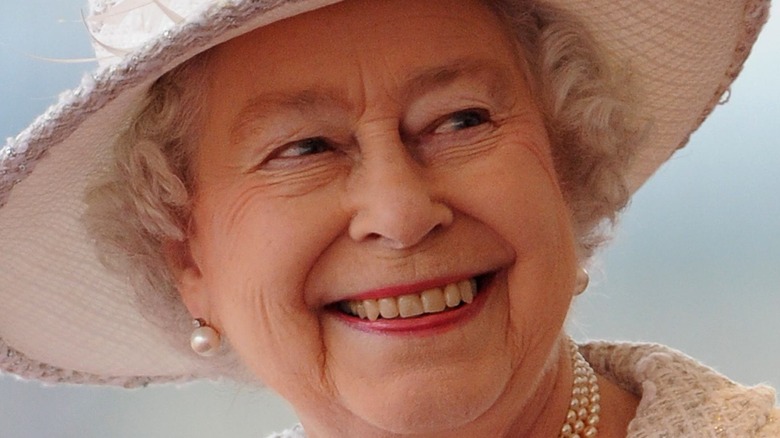 Royal enthusiasts will remember that in 2012, the Queen of England celebrated her Diamond Jubilee (via Royal UK). The occasion marked the 60th anniversary of the accession of Queen Elizabeth II on February 6, 1952 (per Royal UK). The only other Diamond Jubilee celebration that England has seen was in 1897, which was for the 60th anniversary of Queen Victoria, who ascended the throne in 1837 (via History).

According to Historic UK, the weekend-long celebrations took place all over the United Kingdom. There was a parade that included the Thames Diamond Jubilee Pageant, a maritime flotilla that included 1,000 boats and was led by the Queen’s Royal Barge, Gloriana. There was also a massive concert held outside Buckingham Palace and a fancy garden party where the social elite could rub elbows. While the queen may be better known for her stiff upper lip, she does know how to throw a rocking party.

There were parades in the street 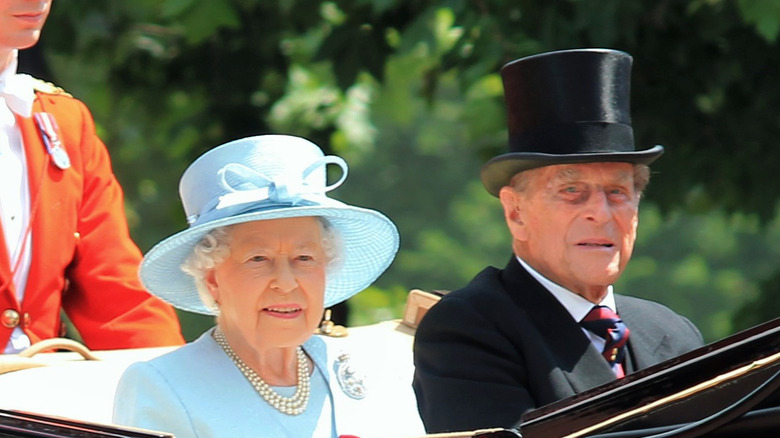 The Brits love a good party and CNBC shared some highlights from the event. Naturally, there was a parade to honor the queen. The entire royal family got the chance to ride through the streets of London on an embellished float down the River Thames. The concert that was held outside her London residence boasted a star-studded line-up and allowed 12,000 ticket holders to also take part. Former Beatle Sir Paul McCartney was the closing act on a very special night. Much like the Olympic games, the Queen lit a torch to mark her 60 year reign.

The extra-long weekend celebration ended on Tuesday, June 5th, with a church service in St. Paul’s Cathedral, which was followed by a carriage ride and an RAF Red Arrow fly past. Members of the British Armed Forces, which consisted of patrons of the Royal Navy, Army, and Royal Air Force, all took part in a military march to honor their sovereign (via BBC). 2,500 service members all respectfully marched past her royal highness before gathering outside Windsor Castle.

The street were lined with royal lovers 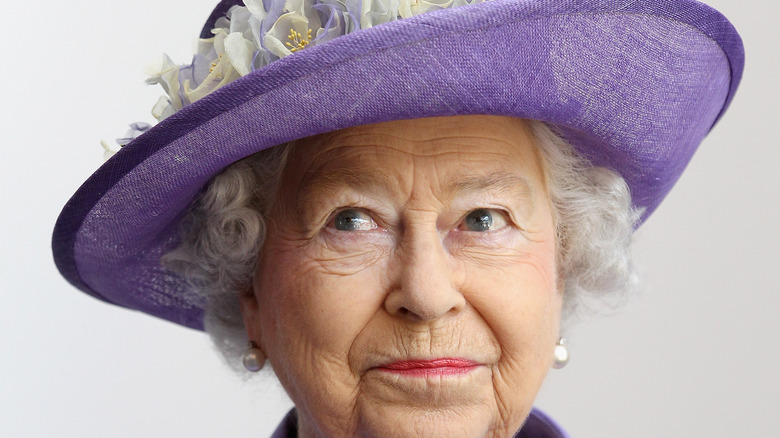 The royal family still continues to be a significant driver of tourism for the United Kingdom. CNBC spoke with David Haigh, CEO of Brand Finance, who said, “We have estimated that the on-going annual effect on tourism is about a billion dollars that the uplift this year will be about 500 million dollars, and free advertising for UK industry is somewhere in the order of a billion, and the effect on British companies is about 500 million.”

Now, the queen is gearing up for her Platinum Jubilee, which will take place next year. Buckingham Palace revealed its plans to throw a four-day weekend party in June of 2022 to mark the queen’s 70 years on the throne (per The Washington Post). Lovers of the queen are worried that becoming a new widow after the passing of Prince Philip in April may take a toll on her health. But the 95-year-old is said to be in good health and looking forward to the monumental occasion ahead.

5 powerful ways to keep your device secure in 2020