JAMES MILNER broke the Premier League record for most appearances as a substitute during Liverpool's 1-1 draw against Newcastle.

The ex-England star, 35, has enjoyed a long career in the top-flight with Leeds, Newcastle, Aston Villa, Manchester City and now the Reds. 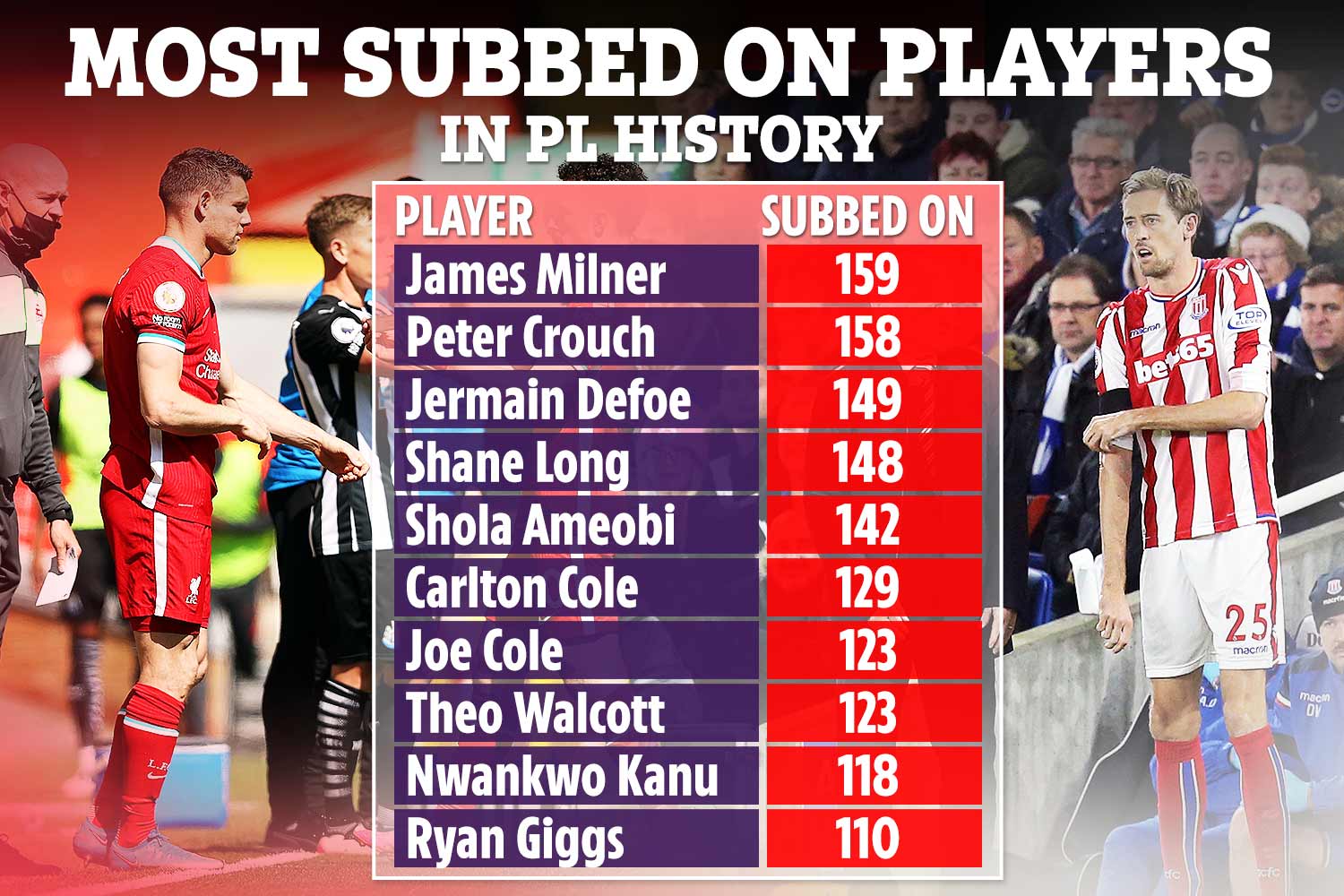 In fact, at the time of his debut for Leeds, Milner became the second-youngest player in Premier League history, aged 16 years and 309 days.

Now, more than 18 years later, Milner has put his name in the history books.

The three-time Premier League champion climbed off the bench to replace Diogo Jota with 30 minutes to play in the game against Newcastle.

And in doing so, he overtook Peter Crouch for most substitute appeareances in the league's history.

Milner and ex-Liverpool and Tottenham star Crouch were tied on 158 games played from the bench.

But he now holds the record alone, leading a list of star names in the top ten.

Behind second-placed Crouch is another former England international Jermain Defoe.

The former Spurs striker was subbed on 149 times during his days in the Premier League. 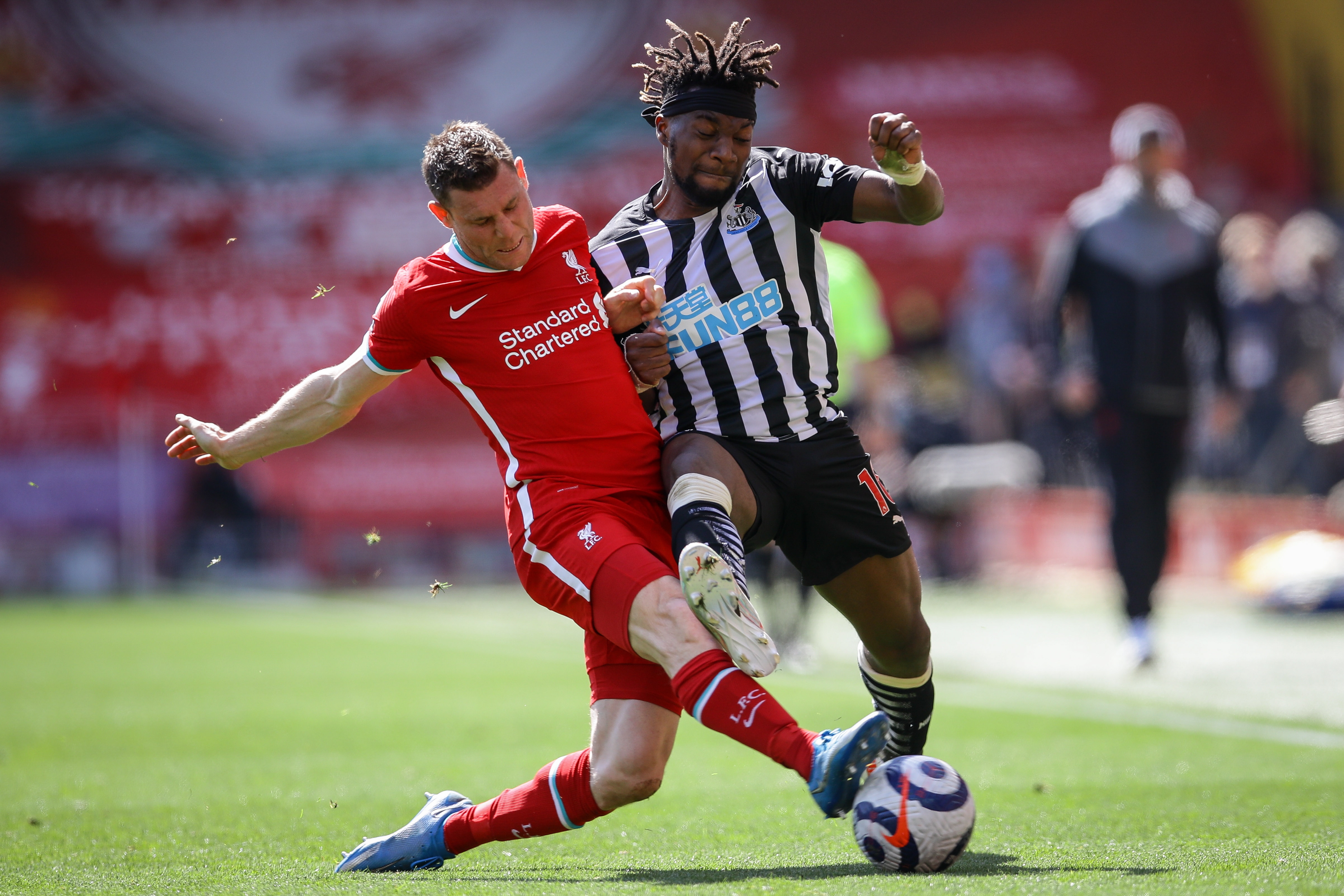