JOSE MOURINHO is backing Carlo Ancelotti to bring silverware back to Everton – if he is given the time.

Mourinho takes his Tottenham to Ancelotti’s Toffees in the FA Cup fifth round on Wednesday night. 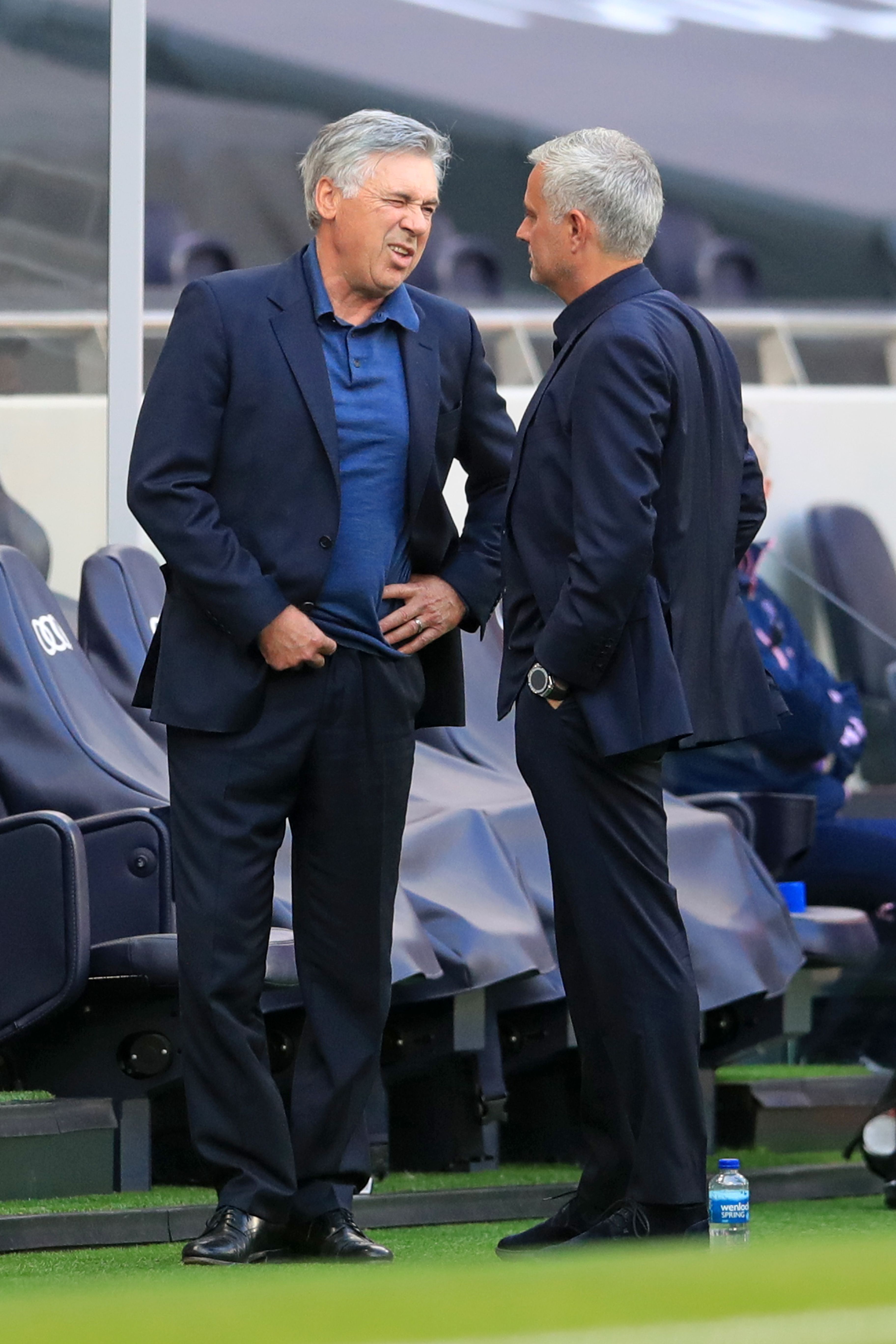 The hosts have not lifted a trophy since winning the famous old competition 25 years ago.

And his old pal Mourinho said: “Carlo is Carlo.

“He doesn’t go to a club to spend some time or to have some fun.

“He goes to a club to try to be Carlo.

“A winner, he is one of the best managers in the world and just by arriving he brings to the club that ambition.

"They will go in the direction of having some players Carlo knows very well, and players with great quality and great experience at the highest level.

“They have other players who are improving a lot and Carlo, with time, he will win.

“I am not saying Everton can jump over the top clubs with incredible histories. It is not an easy process of course.

“But with Carlo and with patience and with time and with continuous development of the team, there is nobody better than Carlo to give a trophy to Everton.”

Tottenham are looking for their first piece of silverware since lifting the League Cup in 2008.

Having already booked their place in this year’s final of that competition they will be looking to edge a step closer to what they hope will be a domestic cup double with victory at Goodison Park.

Mourinho will again be without the crocked Giovani Lo Celso and Serge Reguilon while Serge Aurier is a fresh doubt having picked up a knock in Sunday’s 2-0 win over West Brom.

The Spurs boss must decide whether to play Harry Kane after the striker returned from ankle injuries earlier than expected to score against the Baggies.

But Dele Alli could feature after recovering from a calf injury and having clear-the-air talks with Mourinho over his future. 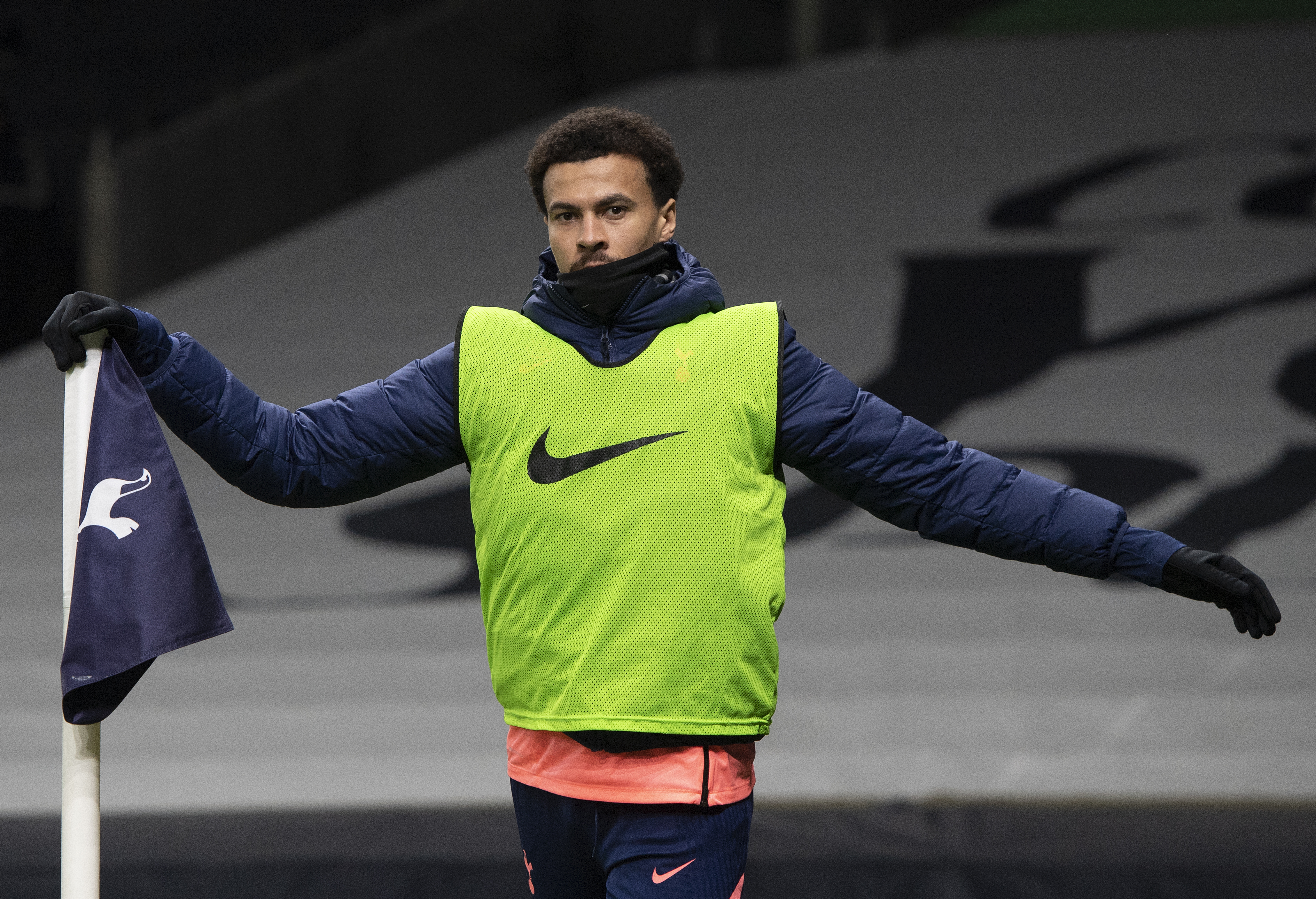 “Well he’s not injured but I’m not sure he can start.

“But can he help us? I believe he can so in terms of having Dele on the bench to come for a few minutes to try to help the team is that possible, something I have to speak to him but I believe he can.”

Mourinho insisted: “Nothing’s changed. He is not injured, he can train with the team.

“He went through a process of not training, training with the sports science people and then jumped to the team work which he did yesterday for the first time. So nothing’s changed.

“What maybe changed is speculation around him because in this moment everybody knows he is a Tottenham player, who stays in here and he doesn’t go to any place.

"I want him fully on board and it depends on his feelings but if he can come on for 10, 15 minutes and help that will be good.

“We need players to help the team and hopefully he can do that.

"In a normal situation he wouldn’t even be considered for tomorrow but with the injuries we have, the number of matches we have maybe we have to accelerate his process and maybe we can.

“But of course I want him to be fully on board and to agree and it depends on his feelings but if he can be on the bench tomorrow and to come for 10, 15 minutes and help the team that will be good for us.”

Bachelor Blowup: Matt Takes Out Mean Girls — But He Doesn't Get Them All

Tom Hanks in Talks to Play Geppetto in Disney’s ‘Pinocchio’