Sex has always been on my mind. As a child, I thought of it constantly and abstractly, not fully understanding what it was.

By age 10, I had breasts and a robust ass. As a South Asian, Muslim child raised in a predominantly white neighborhood in Sydney, I felt like I stuck out. Adults commented on my figure. Children I played with touched me inappropriately—one even pinched my nipple through my shirt.

At the time, I was also being sexually abused by a woman who I trusted—though I didn’t realize the inappropriateness of those encounters until much later in life. Whether at home, or on the street, my body experienced constant harassment.

Because I was raised Muslim, I knew the importance of modesty.

I felt extreme shame about not being modest and thinking about sex. I was too young to connect the abuse I was suffering to my state of confusion about my own body, or my desires. I felt like I had a flaw and that I needed to ask for penance. So, in private moments, I asked Allah not to punish me for being so sexual.

To cope, I learned how to live in oblivion. I started to cut myself. My goal was to be in physical pain all the time, so I could distract my mind from the emotional abuse inflicted on me.

But there was no hiding from the ugly truths that my body was echoing. I developedIrritable Bowel Syndrome (IBS), which I believe was a physical manifestation of the complex trauma that permeated my life.

My queerness, much like my feelings toward sex, has always felt complex and omnipresent.

I was able to find strength in presenting more masculine. By covering my body with boxy sportswear and by pretending to be into cricket and soccer, I found safety from the unwanted attention I might have attracted had I dressed more feminine.

My queerness was so palpable that when I acknowledged it, it felt more like a recognition than something daunting. At 14, I came out as bisexual to my friend Alice. This moment stands out among my memories of childhood because it was one of the few times I was embraced for who I am.

Naming my sexuality felt both necessary and obvious at the time, though today, I proudly exist in multiple spaces at once, embracing my womanhood without being constricted by labels. 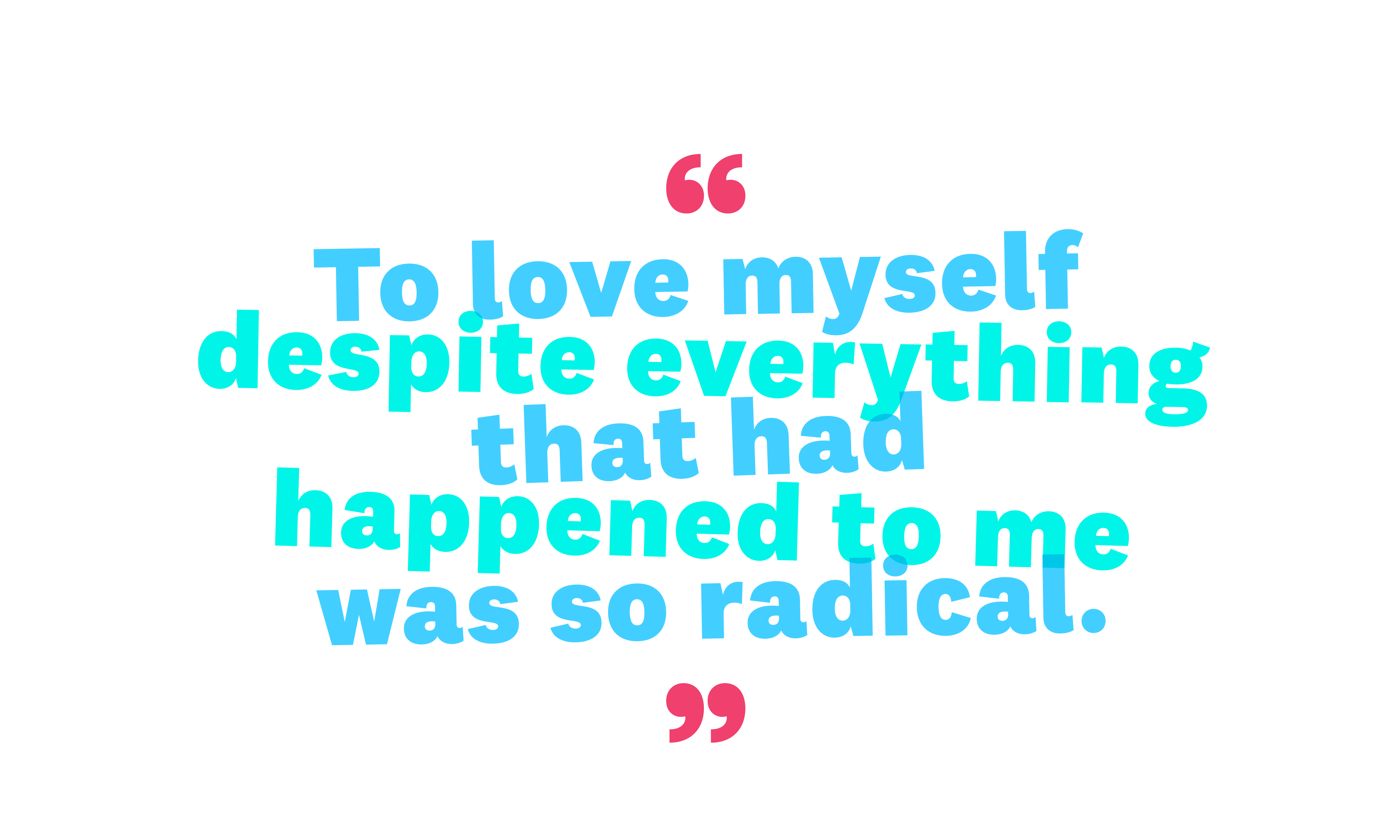 By my late teens, I felt consistently pressured to be straight by my family.

They would often speak about my future marriage to a man as if it were a foregone conclusion. I felt limited to a future I didn’t want, and a responsibility to do whatever they said.

The more the idea of exploring my sexuality came alive in my mind, the more I feared it. Now, I suspect this internalized homophobia was seeded in me in part by my abuser. Because I was in denial about what was happening to me, I felt hatred and confusion about my own queerness. And I developed an even more confusing relationship with my body. By my mid-twenties, this all coalesced into an abandoning of my faith. I felt like my sense of self had ruptured. I cycled through emotionally toxic partners who perpetuated similar power dynamics to my childhood abuser. I had an abortion that destroyed my entire sense of self. I abandoned my values. I was angry and disgusted with myself, and I didn’t know where to direct those feelings. At a certain point, I hated myself so much that I was close to ending my life.

I laid in a bathtub one night and felt myself dissolving, but I decided against dying. I decided that I was allowed to be complex. I thought: Is it really worth it—hating myself this much? What if I chose not to feel hatred for myself? Is this what God wants for me? And God said, no, love yourself, and I knew I’d been forgiven. And that was it.

I realized I had to find my way back to God because that’s the only thing that would save me.

Through reflection, I decided that I needed to be porous—I had to open myself up to the people who’d understand how tender I was. Through both conversations with survivors like myself and reading literature such as Rumi, I began to understand that God wants me to love myself.

To love myself despite everything that had happened to me was so radical, so big, that the respect I have gained for myself in the process of healing had become in itself a recognition of God and the power of prayer. 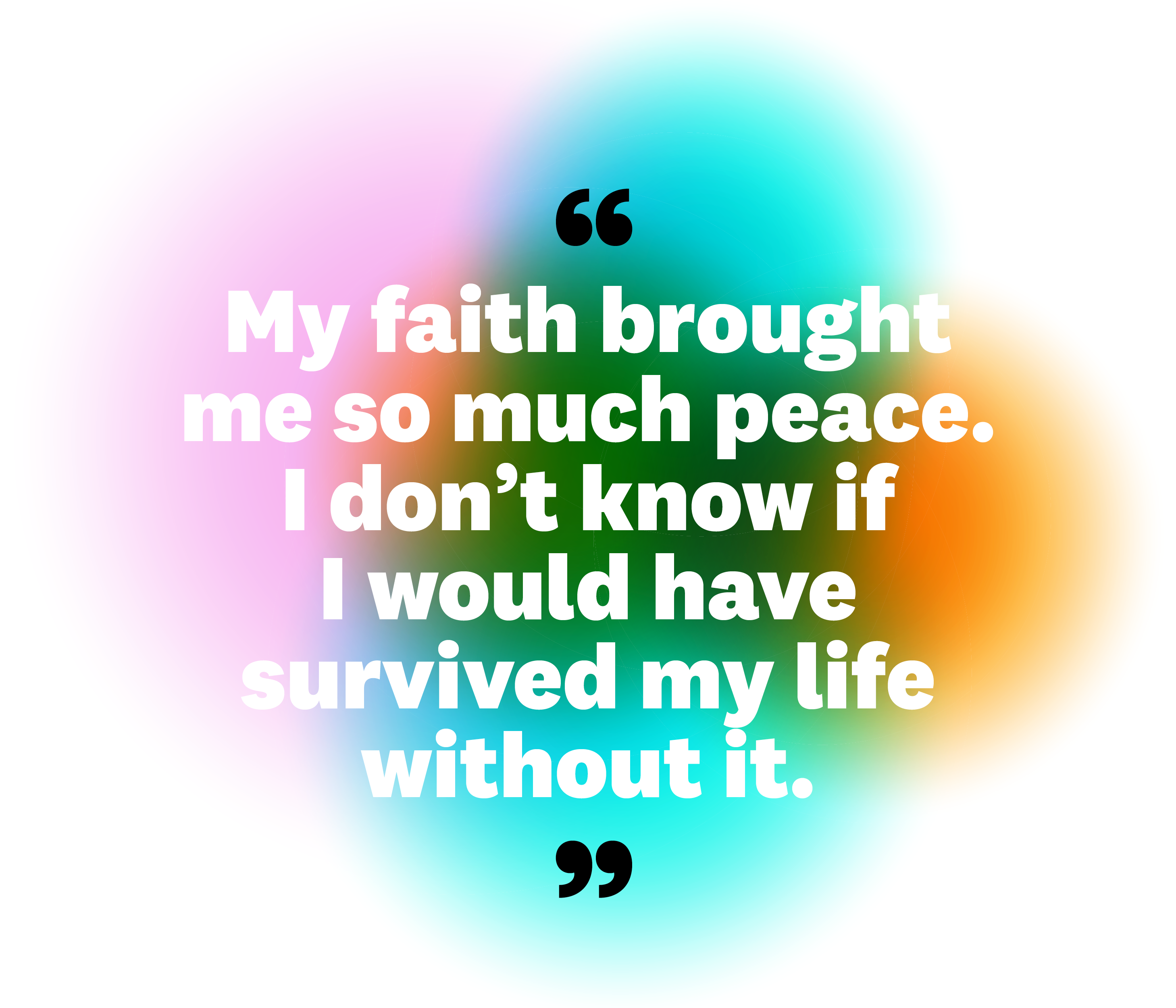 Islam is not a dogma, it is a way of life, and thus a philosophy. Islam calls us to have faith in the oneness of God, to consider others with compassion, to love and be generous, and to always be in remembrance of God, no matter what we are doing.

Historian Ali A. Olomi explains in an interview on The Astrology Podcast that a lot of the queerness in Islam has been silenced. During the Golden Age of Islam, the religion’s thinking correlated with an openness that was unlike any other faiths of the time. And yet much of this complexity has been lost over the years.

My faith brought me so much peace. I don’t know if I would have survived my life without it. Creating a community that is diverse but accepting of each other’s differences is an important part of evolving as a faith.

A queer society to me is a utopia because it means an openness to and for all. To me, that’s also what Islam represents. A faith for all.

DAVID BLUNKETT: Why I am so uneasy about police 'taking the knee'

Who Wants To Be A Millionaire? contestant loses £31k in seconds, is really chill