MMA fans were left furious after a light-heavyweight bout at UFC 169 was controversially stopped by the referee. 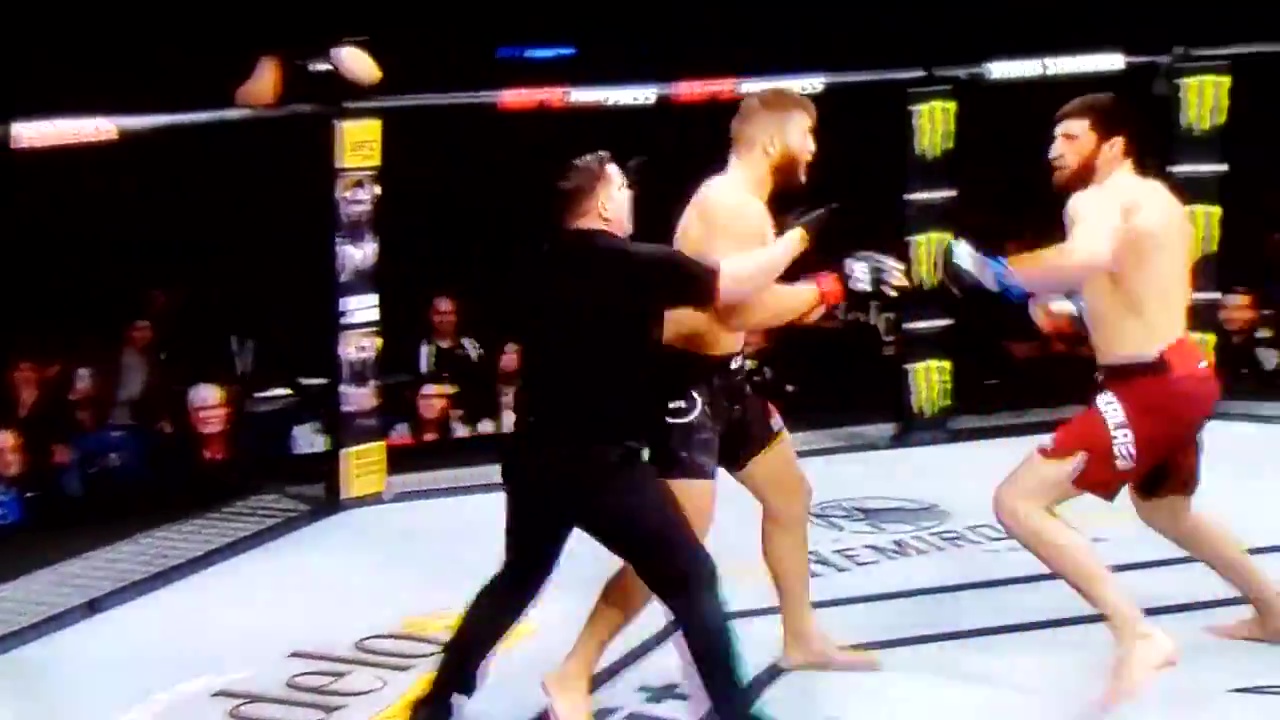 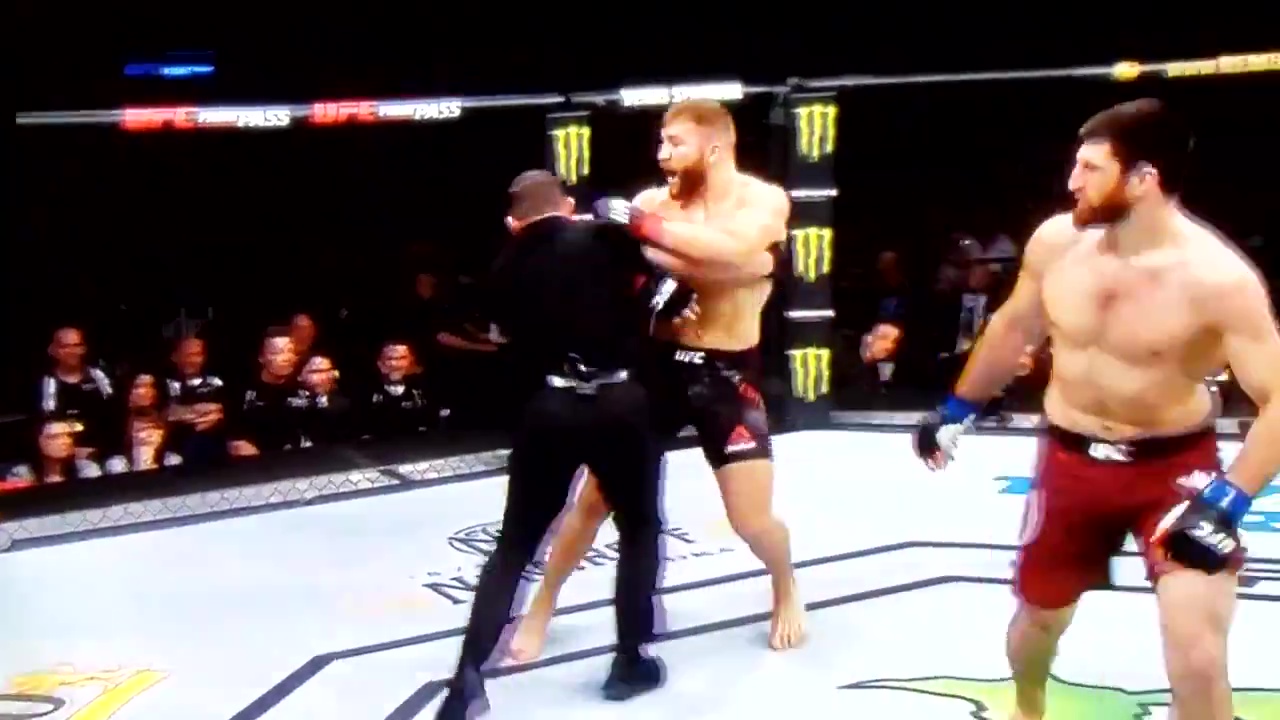 A ferocious start from the two fighters saw Ankalaev fly-in with a series of four powerful kicks.

Cutelaba, fighting out of Moldova, appeared to withstand the barrage of attacks while even launching some punches of his own.

Ankalaev, 27, then managed to land to left hooks that left his opponent unsteady on his feet before Cutelaba appeared to regain his composure.

But it was too late because MacDonald felt the need to call an end to the scrap.

Cutelaba was understandably fuming with the decision which even UFC's official Twitter handle labelled "controversial."

He ended up shoving the referee away but his protests fell on deaf ears.

And fans tuning in to watch the action vented their confusion and anger on social media.

One said: "The worst stoppage I've ever seen."

Another added: "This sport is so close to being No1 then s*** like this happens."

And a third said: "Man I really don't want to see @RefereeKevin at another UFC event."

Even professional fighters couldn't resist staying quiet as they criticised the decision.

Francis Ngannou said: "The referee called this one wrong."

'An Emotion of Great Delight' is Tahereh Mafi's latest novel: Read an excerpt