Virgin Media is raising prices and it’s not gone down well with customers that are affected. The new hike will hit around 140,000 users who are on Virgin Mobile’s pay-monthly deals. According to MoneySavingExpert, the increase is due to Virgin removing some older tariffs with anyone using these services now being automatically placed on a new, and more expensive, deal.

It’s worth noting this increase isn’t related to the usual inflation rises which normally hit Virgin customers later in the year.

Those affected by this new rise are now being informed about what they’ll pay in the future and many are not happy.

Posting messages on Twitter, one Virgin user said: “Email from @virginmedia: ‘We’re updating your mobile plan. This will include 2GB data, Unlimited minutes and Unlimited texts for £8.00 a month.’ So that’s nearly a 700% price hike. Let me think about that for all of 1 millisecond before I cancel the contract.”

Whilst another added: “@virginmedia spent ages debating which mobile network to go with, decided you were perfect and got a great deal for £20 pm for 12 months. Just over a month in and you’re telling me I now have to cancel or pay £27 pm?? 35% increase?! Way above RPI.” 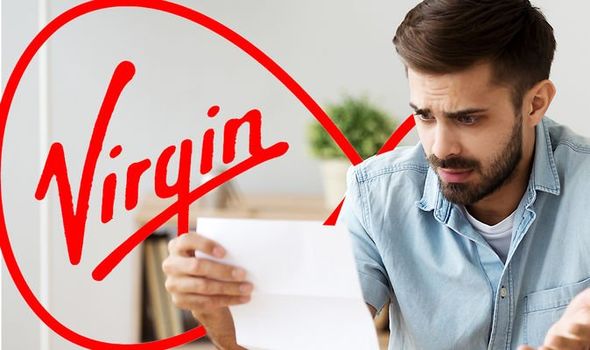 MoneySavingExpert says Virgin has refused to tell them exactly which tariffs are affected, but all those hit by the hike should be receiving official notifications soon.

The rise will come into force from April.

In a statement, Virgin said: “We’re updating some of our older mobile plans so that our customers can continue to enjoy the best of our services. As always, any changes made will be communicated to our customers in a clear and timely way.”

The news of this rise comes as some other providers are also putting up prices.

Some EE, BT and Sky users are all being warned that they face higher costs starting from next month.

You can find out more about these hike below

• EE price rise: Millions will see monthly bills increase in a few weeks, are YOU affected?

As with all increases, if your bill is going up and you are out of your current contract it’s worth checking what deals are available from other providers.

Many will offer discounts in a bid to get your business so it’s worth shopping around to see if you could actually reduce your monthly payments.

Fort Hood deaths 2020: How many soldiers have been killed?

Parkinson’s disease: Do you do this when you sleep? Peculiar symptom warning of condition

Natalie Portman Spotted in Australia While Prepping to Shoot ‘Thor 4′

John Deacon retire: Why did John Deacon quit Queen? When did he retire?