THIS is the outrageous Fifa-style goalmouth scramble that saw Western Sydney Warriors somehow denied in their A League clash with Macarthur.

The 2-2 draw between the Australian sides had everything from long-range chips to scorpion kick assists. 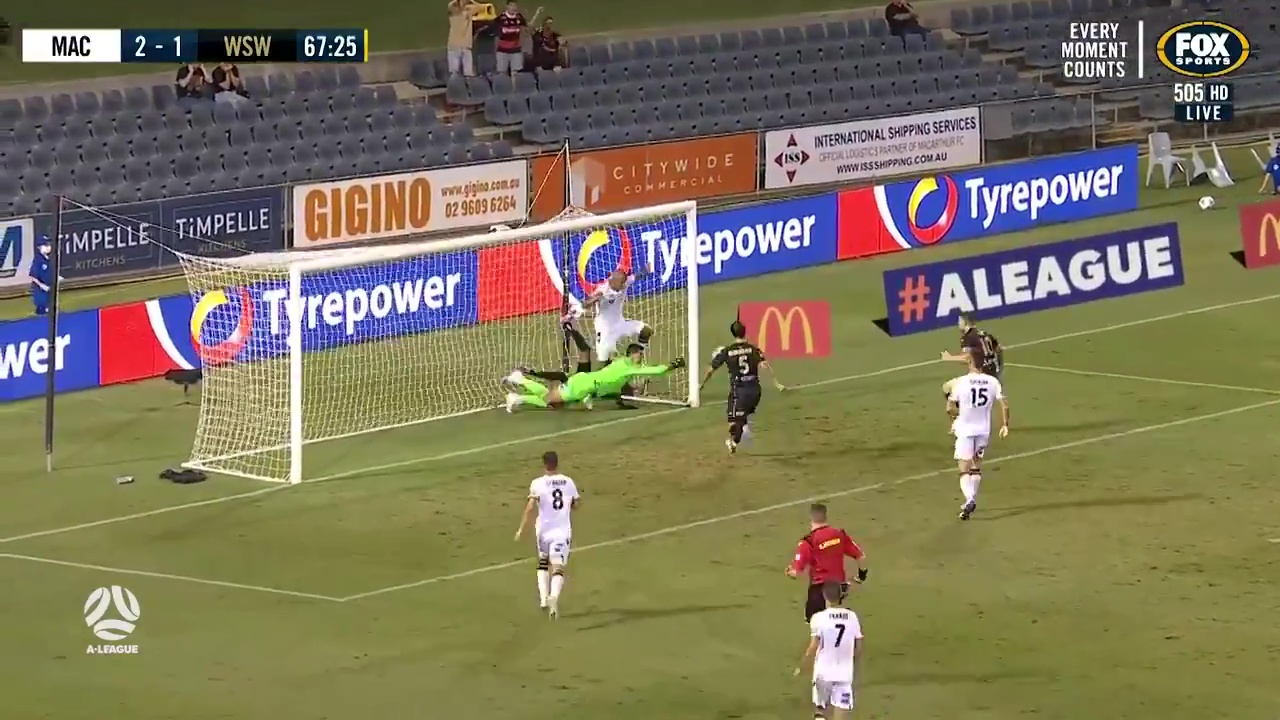 But one sequence in particular has gone viral with the Warriors trailing and pushing for an equaliser.

James Troisi bent a defence-splitting pass into the path of Bruce Kamau and his first-time shot was only parried by Macarthur keeper, ex-Reading star, Adam Federici.

With the ball bouncing towards back the goal, Federici just managed to poke it away only for it to drop for Simon Cox.

The Republic of Ireland star lashed an effort back into the danger zone only to see it blocked by his own team-mate.

Tate Russell then rushed in to smack a half-volley against the crossbar before Macarthur managed to hoof the ball away.

And fans were in awe by what had just happened as one tweeted: "This sequence is straight out of FIFA21."

Another said: "This is how controllers get broken…"

A third added: "Australian football is something else…"

BEST BETS TODAY: GET THE TOP PRICES AND BOOSTS AVAILABLE

A fourth wrote: "First save was mental!"

Minutes later Keanu Baccus then notched a staggering scorpion kick assist from a corner for Cox to level the scores.

Aleksandar Jovanovic had given the home side the lead with Aleksandar Susnjar notching either side of Graham Dorrans' long-range strike.

‘Love Island’ Season 2 Star Johnny Is Looking For His Queen

This Bra Is So Comfy, Reviewers Are Buying It in Every Color