What happens when you put three Survivor alums and one Naked and Afraid survivalist together on a reality show? Fans will find out on USA Network’s newest series Snake in the Grass.

Hosted by radio personality Bobby Bones, each episode takes four contestants – some of whom will be fan-favorite reality stars – and drops them into the Central American jungle for 36 hours with a chance to win $100,000. In order to win, they must figure out which one of them is “the Snake” – a saboteur who is secretly trying to obstruct the group from earning clues leading to their identity.

In the end, if they successfully suss out the snake, they split the cash prize. If they fail, the saboteur walks away with the money. 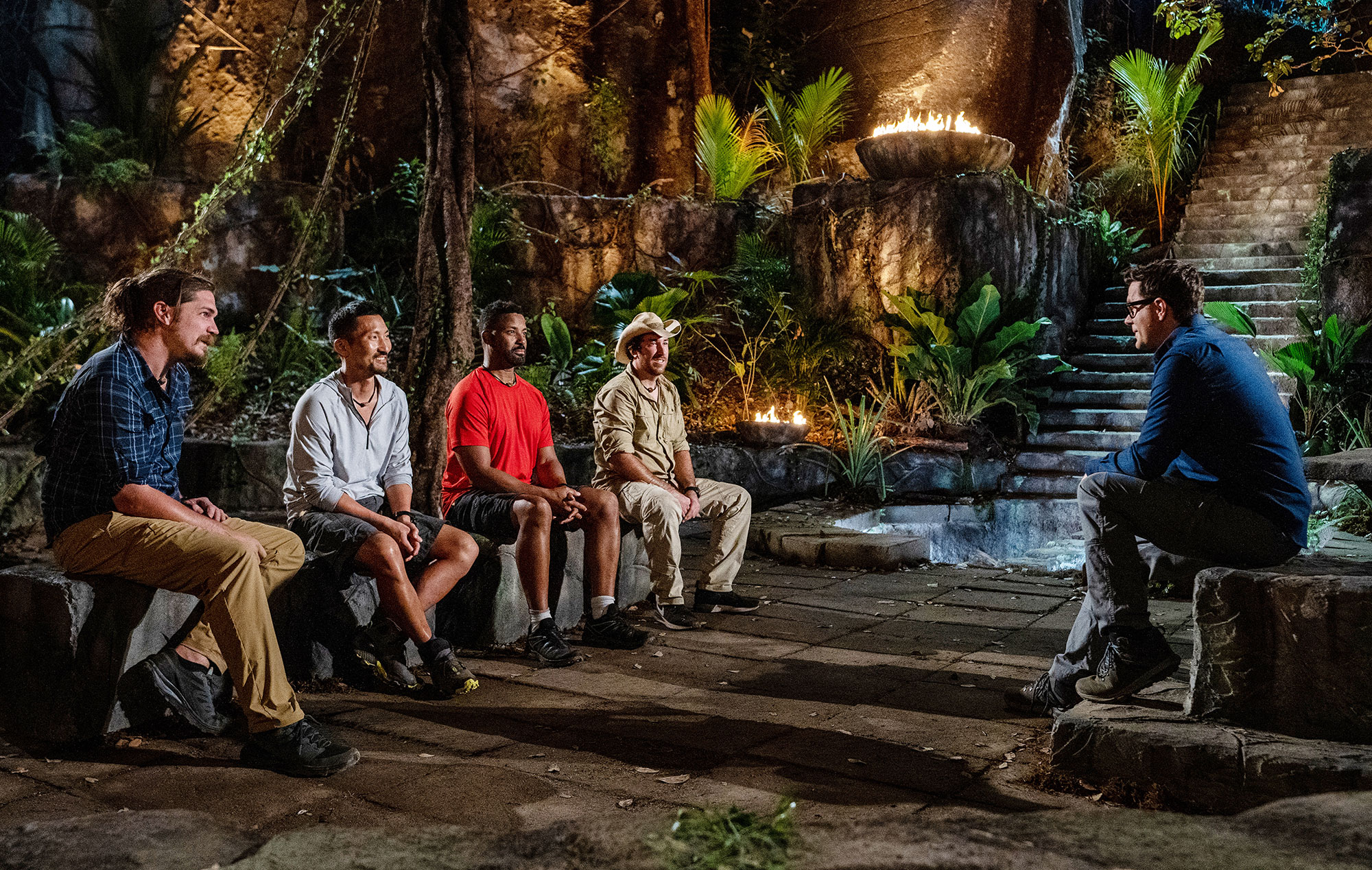 In this clip provided exclusively to Us Weekly, Survivor season 13 winner Yul Kwon swims to shore in attempt to prove he’s not the saboteur after being suspected by his fellow players – Survivor 14 winner Earl Cole, Survivor 25, 26 and 34 alum Malcolm Freberg, and Naked and Afraid alum Jeff Zausch.

After the group finds a key attached to a buoy in the ocean, they send Yul to swim to shore to get the final snake clue because he’s the “best swimmer in our group,” according to Malcolm.

‘Survivor’ Winners Through the Years: Where Are They Now?

“People think I’m the snake, but if I don’t perform well on the challenge, it’s just going to validate and confirm their suspicions,” Yul says. “It’s do or die.”

Earl’s not so convinced either way: “Yul is swimming for his life to prove he’s not the snake or do that to throw us off his scent.”

A first-look episode of Snake in the Grass airs on NBC Tuesday, July 26, at 10 p.m. ET/PT. Catch all new episodes on USA Network every Monday starting August 1 at 11 p.m. ET/PT.

Best Coast's 'Always Tomorrow' Feels Stuck Too Much in Today

Do Jai and Laurel break up in Emmerdale? Arthur’s secret is finally revealed next week – The Sun

Did You Catch the Game of Thrones Easter Egg in Westworld?