Academics and bank workers are pushing for the right to ignore calls and emails outside of hours to restore their work-life balance and mental health in a new battlefront opening up in the fight for better conditions.

The National Tertiary Education Union, calling for a 15 per cent pay rise for university staff over three years, and the Finance Sector Union, negotiating with Westpac and National Australia Bank for 6 per cent more pay, both want the right to log off out of hours locked into agreements. 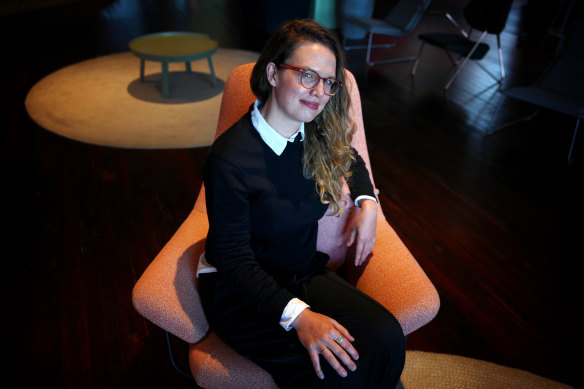 NTEU national assistant secretary Gabe Gooding said all staff were routinely expected to respond to student and management inquiries outside of work hours, including on weekends.

“For the academic staff … if they don’t respond to student inquiries on weekends, they can get a lower student satisfaction score that can impact their employment, particularly if they’re employed as casuals,” Gooding said.

“It impacts on your health, mental and physical, and relationships. It’s clearly a work health and safety hazard.”

FSU Victorian and Tasmanian secretary Nicole McPherson said the right to disconnect wasn’t about preventing managers from calling staff during emergencies, but to ensure staffers were not “on the clock all the time”.

“I think as the use of technology in our workers grew, there’s been an increasing expectation for us to be available all the time,” she said.

The move to ban bosses contacting workers after hours is opposed by the chief executive of the Australian Chamber of Commerce and Industry, Andrew McKellar, who argues it “would not align with the needs of a modern 24-hour economy”.

“It’s far better to approach this using flexibility and common sense, rather than being prescriptive, to determine when employers and employees can be in contact and how often,” he said.

The tertiary employer association Australian Higher Education Industrial Association supported the right to disconnect, says its executive director Craig Laughton, but resisted the push to write it into awards.

“However, we are wary of adopting a one-size-fits-all or overly prescriptive approach. Accordingly, any efforts to address this issue should be based in policy and not the enterprise agreement itself,” Laughton said. 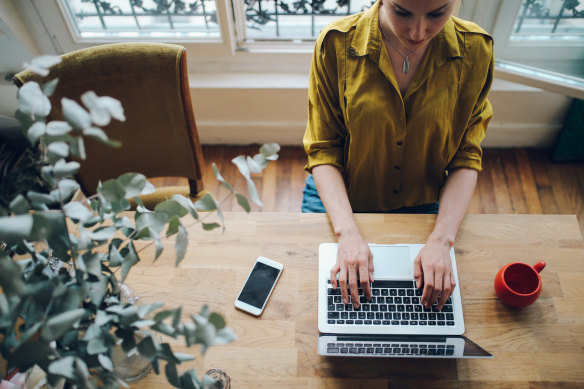 The pandemic has accelerated a blurring of the lines between work and home life.Credit:iStock

NAB human resources executive Susan Ferrier said the new enterprise agreement being negotiated with the FSU would aim to support flexibility and wellbeing.

“Those present in bargaining have shared their claims. We will consider and respond to these claims and continue this conversation over the coming weeks,” Ferrier said.

Charlotte Hatherly, a project manager at workplace analytics company Culture Amp, said she was able to choose the most appropriate hours to work with colleagues internationally, and signal to others on the company’s internal communications the hours when she was uncontactable.

She also said she had one designated day every quarter to log off and recharge, and was encouraged to take time off after she completed projects.

“It feeds into being able to keep things in perspective. I feel less stressed because I have that downtime and focus on other things outside of work that feed my passion,” Hatherly said.

The freedom for employees to ignore calls and emails after hours is enshrined in law in several European countries, including Germany and France, and is being considered by federal bureaucrats reviewing the government’s industrial relations reforms.

Department of Employment and Workplace Relations assistant secretary Lace Wang said she was aware of the international practice “and the relevance of that in the current labour market as our workplaces evolve”.

“In terms of whether to make relevant amendments to [workplace law], it’s a matter for the government, but I think it’s a relevant topic and we are considering [it],” Wang said during a Senate committee hearing on Friday.

Following this month’s jobs summit, the department is examining ways to legislate flexible working arrangements along with unpaid parental leave.

“It could be right to disconnect or it could be more flexibility, but [we] need to keep it balanced,” Wang said.

The right to disconnect already forms part of some industry super fund workplace agreements, including Cbus, which now “acknowledges and encourages employees to disconnect at the conclusion of their working day” and does not require them to work unreasonable hours.

Cut through the noise of federal politics with news, views and expert analysis from Jacqueline Maley. Subscribers can sign up to our weekly Inside Politics newsletter here.

Kendall Jenner Shares A Secret On Kate Hudson’s Podcast: ‘No One Knows’

Trump is pushing for BIGGER stimulus checks – and ‘wants Americans to be sent $2,000 each’

Benedict Cumberbatch jokes he was 'beat' by Will Smith at Oscars

‘Rick and Morty’: The New Teaser Has Fans Asking About Season 5