“Summer House” fans were surprised that Paige DeSorbo was nowhere to be seen at Hannah Berner’s engagement party, but apparently there’s no beef between the besties.

Berner’s 80-year-old grandma took to Instagram to share the reasons why DeSorbo didn’t make an appearance at the celebration for Berner and her fiancée Des Bishop.

“Some of you have asked where Paige was, since Ciara was there,” Vera DiLeo wrote on Instagram on Monday, referring to “Summer House” cast mate Ciara Miller. “Paige was out of town and Ciara was spending the day out East with Hannah. They all went back to the city on Sunday! There will be more parties and more celebrations this summer and hopefully the weather will be better!!!”

The self-proclaimed “glam-ma” also explained that the gathering was pretty intimate to begin with.

“For those who asked why they didn’t see certain people at this party, let me explain – as far as family only my immediate family was there,” she wrote. “No one from Hannah’s father’s side were there, except his father who lives on Shelter Island. His sisters couldn’t come they live out of state. None of Des’ family were there. One of his brothers was out of the country and the other one was working.”

She continued, “Besides my family this party was really for all of Hannah’s friends and their families on Shelter Island, where she spent every summer growing up! She’s still friendly with all of them! (See picture). They all wanted to meet Des @desbishop and celebrate his and Hannah’s @beingbernz engagement.”

Interestingly enough, DeSorbo appeared to be in South Carolina with rumored flame and “Southern Charm” star Craig Conover at the time of Berner’s engagement party. 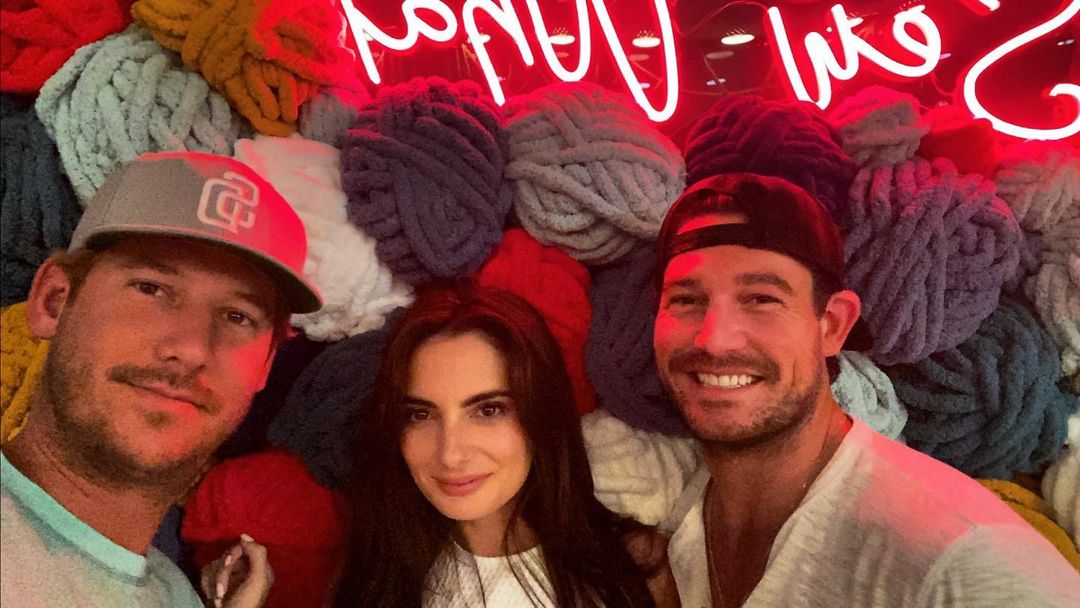 Austen Kroll posted a photo with DeSorbo and Conover with the location tagged in Charleston with the caption reading, “This photo is not a mistake #winterhouse,” referring to the Bravo crossover series called “Southern House Winter Charm” airing this this winter.

DeSorbo has denied rumors of a romance with Conover, saying they’ve known each other for years and “always been friends.”

Meanwhile, as Page Six previously reported, Berner announced in May that she would be exiting “Summer House” to focus on her comedy career.

“I’ve welcomed new career ventures, challenges and obstacles, and opportunities for growth,” she said at the time. “As we climb out of the emotional trenches of 2020, I look forward to an exciting summer, but with mixed emotions I’m announcing I won’t be spending it living in the summer house.”

Berner and Bishop announced that they were engaged earlier in the month, after just eight months of dating.

“It all happened so fast, but when you know, you know,” she said at the time.

Next Sonos product has been unmasked weeks before its release date

Why is Wilfried Zaha to stop taking the knee before matches?