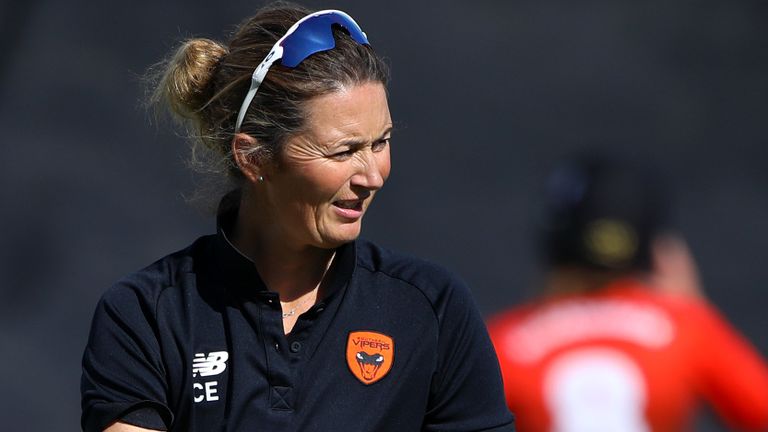 The women’s regional domestic T20 competition which kicks off this weekend has been named the Charlotte Edwards Cup.

It sees eight women’s regional teams competing for the trophy which has been named after the former England captain who played in the first-ever T20 international, against New Zealand at Hove in 2004, and remains her country’s leading run scorer in the format.

Edwards said: “It’s a huge honour to have my name attached to the competition.

Extremely honoured that the new T20 cup is in my name. So many great women have done so much in the game,so thank you @ECB_cricket.I have no doubt this competition will provide many wonderful players for the future and I look forward to being part of this over the next few years. pic.twitter.com/x6flMNKzns

“The regional players who’ll take part in the competition are at the beginning of such an exciting journey, and the pathway has progressed and developed so far since I was in their position.

“I hope, like we saw with the Rachael Heyhoe Flint (Trophy), that players from across the eight teams can continue to impress at regional level and push hard for international selection.

“The new domestic set-up is a real game-changer for women’s cricket in this country and I’m really proud to be a part of it.”

ECB managing director of Women’s Cricket, Clare Connor, added: “It’s powerful to be able to connect the women’s regional game with such iconic figures in women’s cricket. Last year we named the 50-over competition after Rachael Heyhoe Flint, and now this.

“There are numerous individuals who have served English cricket with distinction who we could have chosen, but we felt with Lottie’s relevance to the T20 game and her excellence as a player in the international T20 format, it was most fitting for the competition to take her name.

“Lottie is a true legend of English cricket. She led from the front as a player and she’s now giving back to the game as a coach, helping our domestic players have the best chance of potentially going on to represent the national side.

“The players who will compete in the Charlotte Edwards Cup can now realistically aspire to stepping up to compete on the international stage, and that’s truly exciting.”