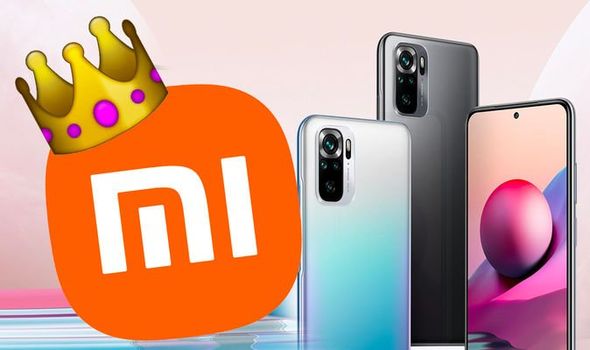 Android is dominating smartphone sales in Europe this year, but there’s one phone manufacturer standing out for its quick rise up the charts. Chinese brand Xiaomi sells fully-featured 5G phones for as little as £129 across its top-end Mi and more budget Redmi ranges. Its UK sales have grown steadily since its debut on British shores back in 2018, but many may be surprised to learn just how popular it has become.

Consultancy Strategy Analytics announced today that Xiaomi was the best-selling smartphone brand in Europe between March and June this year.

It’s now responsible for over a quarter of all smartphones sold on the continent. In total, Xiaomi sold 12.7 million phones over the period, an increase of nearly 70 percent since last year. Samsung came in second with 12 million phones shifted, followed by Apple at 9.6 million.

The news was shared by Xiaomi’s head of communications on Twitter:

The brand is going from strength to strength this year, following the recent news it had overtaken iPhone to the second highest sales worldwide.

It’s also the number one smartphone brand in India. Nearly one third of all phones sold on the subcontinent are from Xiaomi.

Boris Metodiev from Strategy Analytics commented that the brand’s success in Europe is down to surging sales in Russia, Ukraine, Spain, and Italy. Customers in those countries are “eager for Mi and Redmi series of feature-rich, value smartphones”, he said.

With its phones on average up to 75% cheaper than equivalents from Samsung and Apple, it’s easy to see why Xiaomi has taken off. Like other budget Chinese phone brands, it has managed to cram in plenty of premium features at bargain prices.

For example, its 5G-enabled flagship Mi 11 (£749) comes with three cameras with a total of 108MP, HDR10+ video recording and wireless charging. Even its cheapest phones, like the £179 Redmi Note 10, boast impressive battery life and 5G connectivity.

Even a privacy scandal last year couldn’t stop the company in its tracks. Last year a cybersecurity expert revealed Xiaomi was collecting detailed information on its users, like websites they visited and their Google searches.

In the top five brands, Samsung was the only one that saw its sales fall – dropping 7% compared to this time last year. However this may be offset come August, when the company is expected to release a number of flagships including The Galaxy Z Fold 3, Galaxy Z Flip 3 and Galaxy S21 FE.

FA Cup 5th round TV games: Which matches are live on BBC and BT Sport and when are they being played? – The Sun

Rebel Wilson injured while taking ‘hot photos’ on the beach

Kristen Bell Will Play Board Games Over Video Chat with One Fan: Here's How to Win

Republic of Ireland confirms its first case of coronavirus