Appearing on ITV’s Good Morning Britain, the German teenager claimed that after extensive research she has concluded that the Intergovernmental Panel on Climate Change’s (IPCC) warnings on climate change are not based on scientific evidence. Speaking to Piers Morgan, Naomi Seibt lashed out against Greta Thunberg and her followers arguing they have failed to undertake proper studies on the subject of climate change. She said: “I think it’s fantastic when young people decide to become activists and protest for something that they are truly passionate about and they can truly stand behind and believe in.

“But the main problem that I see is that most of them have not really done their research so I became interested in climate change because I wanted to get to know the science behind climate change and what’s really going on and what effect the C02 emissions actually on the atmosphere.

“And I came to the conclusion that, in fact, most of the claims made by the IPCC are not really based on scientific research at all, but just on some kinds of climate models.”

Asked whether she believes the planet is heating up “at a dangerous rate” by Piers Morgan, she replied: “No, I do not believe that.”

To which the Good Morning Britain host replied: “If you don’t mind me saying, that is a clear demonstrable fact, supported by 2000 of the world’s leading scientists.

“With all due respect to you, I get that you want to have the publicity of the ‘anti-Greta’ and so on, but that is a fact that can’t be disputed by anybody who should be taken seriously in this debate. It’s just a fact.” 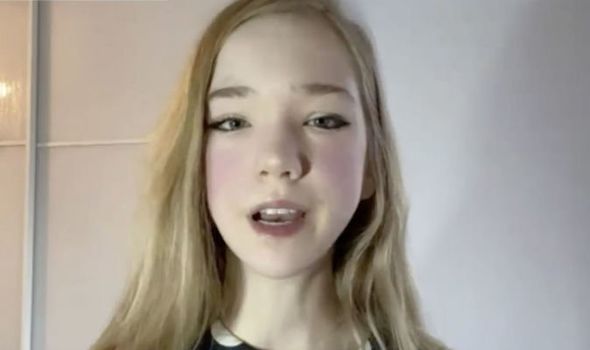 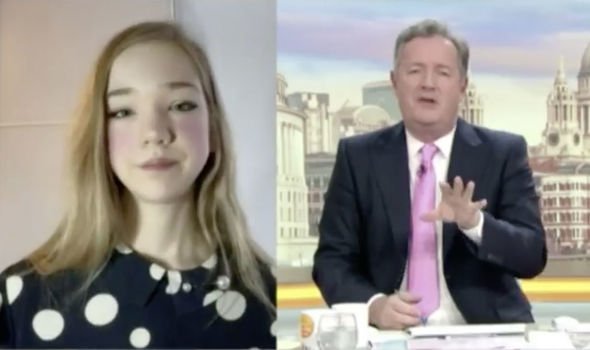 The interview comes as a new study found climate change has risen up the agenda to be seen as one of the most important issues facing the UK.

A wide-ranging survey led by Cardiff University shows that people now cite climate change as second only to Brexit as the most important issue facing the country in the next 20 years.

Some 23 percent said it was the most important issue, compared to a quarter who put Brexit top, while the economic situation in the UK finished a distant third cited by 10 percent of those quizzed in the October 2019 survey.

It shows a marked shift on a previous survey in early June 2016, when immigration was seen as the biggest issue facing the country and climate change came in 13th place, with just 2 percent naming it as the top problem.

The shift comes against a backdrop of extreme weather events in recent years, from flooding to 2018’s drought and heatwaves last year.

The survey was carried out by researchers from Cardiff University and Climate Outreach and results were compared to previous studies conducted in 2010, 2013 and 2016 to see how attitudes are changing.

The research found two-fifths of people (40 percent) are now very or extremely worried about climate change, double the 19 percent who showed high levels of concern in 2016.

And the issue feels less distant to people than it did – with almost two-thirds (64 percent) thinking that we are already feeling the effects of climate change, up from two fifths in a survey in 2010.

Professor Nick Pidgeon, from Cardiff University’s School of Psychology, who led the project, said: “This is a remarkable shift in British public opinion – the biggest change we’ve seen in recent years.

“With climate policy entering a critical phase, as the UK prepares to host the UN climate summit – and as many areas seek to recover from winter flooding – these survey results provide strong evidence of a shift in perceptions among the British public towards greater concern for climate risks and their impacts. 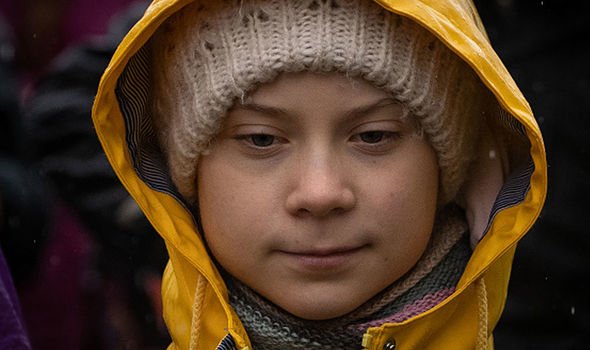 “Many people are beginning to worry and care enough to demand wide-ranging action from government on the climate crisis.”

Storms and flooding were seen as the highest risks for the UK, while concern over heatwaves has surged.

There was also strong support for measures that help the UK adapt to climate change, such as spending public money on flood defences.

Subsidising renewable energy and improving public transport were the most popular measures to cut greenhouse gas emissions, while increasing the price of energy to cut consumption was unpopular, with almost half (48 percent) opposing it.

The Government’s recent commitment to cut emission to net-zero by 2050, which became law last year, is supported by three-quarters (76 percent) of those questioned for the survey and only opposed by 6 percent.

There is the same level of support for the international Paris Agreement on tackling climate change, while two-thirds of people (66 percent) backed economic penalties for countries which refuse to be part of the deal.

'Soul' Filmmakers on That Big Emotional Moment, the Cat Conundrum, and More [Interview]

This Sandlot star grew up to be unrecognizably gorgeous

US: Jennifer Garner finds it ‘sad in a way to see [Ben] move on and be so happy’

46 Famous People Who Were Reported Dead… But Weren't (Photos)