The pair were keen to find out how long the hot temperatures would continue and weather presenter Stav Danaos revealed it would remain very warm for a few more days but eventually it would get cooler. Talking about how “uncomfortable” it may be for some viewers, Stav explained the end is in sight. However Nina focussed on the hot temperatures and teased Jon over how “stuffy” it will be.

“As we head through next week, you’ll notice those temperatures begin to fall,” Stav said.

“There will be quite a it of sunshine around but it’s not going to be quite as hot by the end of next week.”

He then threw the show back to Nina and Jon, with the former jumping in to give her opinion on the weather forecast.

“Stuffy, but wet,” Nina simply remarked as she looked at her co-host. 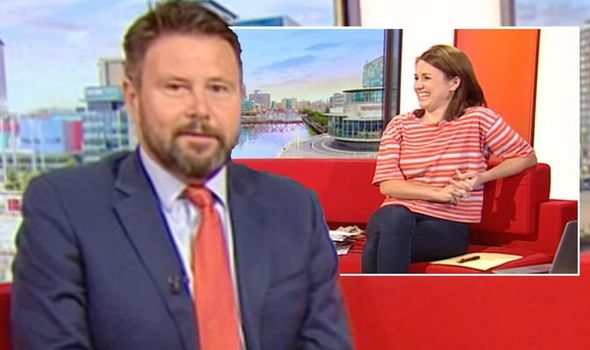 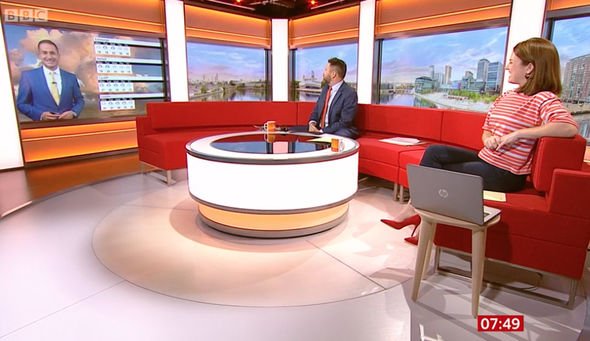 Jon wasn’t impressed as he hit back: “Talk about yourself.”

As he continued with the show, Nina turned to viewers and insisted: “I wasn’t talking about him!”

“Very dry and temperate, Click,” as Nina added: “Headlines at eight, see you then.” 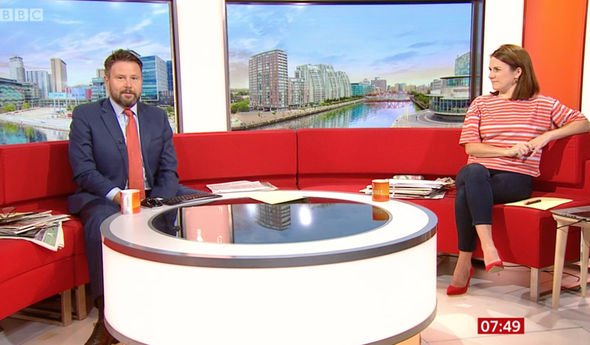 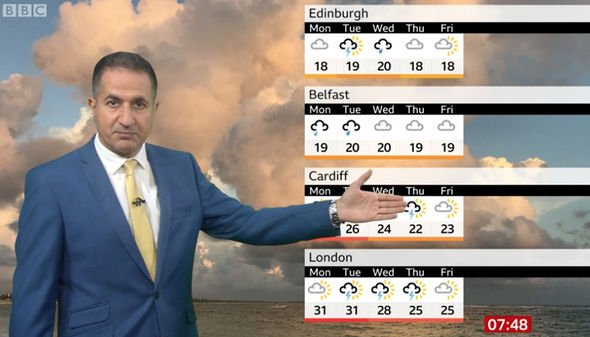 Later in the show, Stav remarked how the hot temperatures are “uncomfortable” for sleeping, “particularly in the South East”.

“Temperatures didn’t fall below 23 degrees, in places, even warmer than that,” the meteorologist remarked.

He went on to detail the weekend’s forecast, explaining: “This week it’s going to be dry, still plenty of sunshine around.

“Still we are going to the fierce heat across southern areas so the heatwave here continues.”

However, Stav explained it would be “cooler” on Sunday. “We start Sunday morning a bit grey actually” Stav added.

Nina’s swipe at Jon came after the latter grilled Conservative MP Nick Gibb about coronavirus testing and the plans for children to return to school in September.

Kay wanted clarification from Gibb following his appearance on the show earlier in the week and asked: “Talking about correcting details that might be wrong, sorry, this is a bit unfair.

“I just want to get absolute clarity because you were on Breakfast earlier this week and I know you had a bit of flak for talking about the Covid tests of 300,000 plus and there was confusion about that.

“Can we establish that that was wrong? That was incorrect, is that right?”

“Well I don’t know what you’re referring to,” Gibb hit back.

“I think on Breakfast you said there were 335,000 people being tested, and that is not a figure that had been published before by the government, and there was some suggestion that was not correct, but I think we have established…,” Kay replied.

But he was cut off by Gibb who clarified: “That is correct. It is.”

BBC Breakfast airs daily on BBC One at 6am.