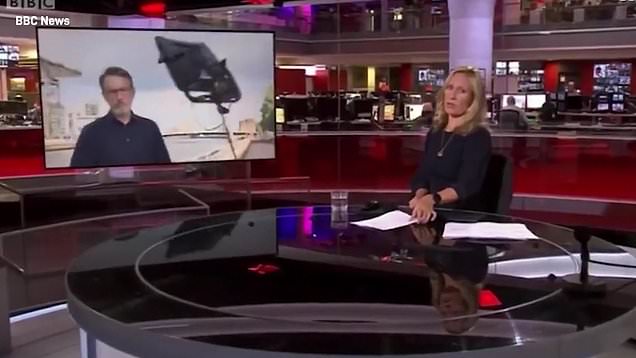 Cats may have expert reflexes, but have you seen BBC News reporter James Shaw in action?

The journalist was nearly thwarted by a standing light during a live broadcast this week, which saw him spring into action to save the set falling on his head in front of the nation.

Scotland correspondent Shaw joined the broadcast from Glasgow and while his intro was being read out in the BBC studio, viewers could see a light ever so slowly falling on the reporter as his live video was beamed in on a giant screen.

It was almost in comically slow motion. But, Shaw was remarkedly cool as a cucumber.

Noticing danger was afoot, Shaw added ‘whipsmart reflexes’ to his CV and grabbed the collapsed lamp a mere whisker from his face, pushing it back into position and carrying on with the live telecast like nothing had just happened and he wasn’t nearly taken out by a light.

A member of the crew also sprung into shot to assist Shaw seconds before he was called on to discuss Covid-19 restrictions in Scotland with anchor Sophie Raworth. 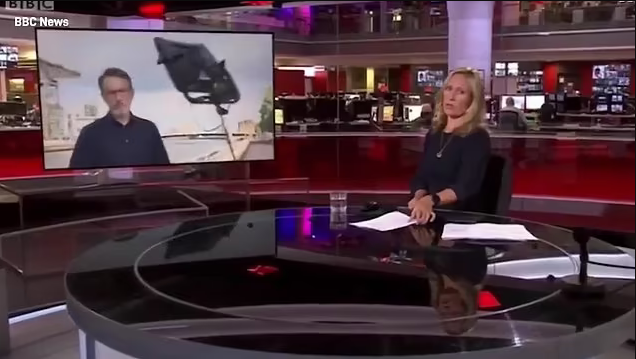 If you were scrolling Instagram during the moment, you’d hardly notice anything went wrong.

But, keen to know the latest, people were watching. And they responded on social media. Of course.

‘The BBC really should weight those lights down,’ one worried viewer mused on Twitter. ‘Poor James Shaw on @BBCNews nearly got wiped out!’

To others, Jordan Pickford has some competition as a viewer remarked: ‘Should have been a goalie!’

'We Own This City': David Simon and 'The Wire' Veterans Return to Baltimore for an HBO Show About Police Corruption

Jim Carrey Retires From Political Cartooning With Trump Out of Office

Biden’s ‘kids in cages’ prove his hypocrisy on immigration

The truth about Billie Lee and Lala Kent’s relationship

Coronavirus chaos as 'NO tests available in top 10 England hotspots'

Supermarkets under pressure to hand back £1.9bn after tax windfall