In order for Chuck to beat Prince on Showtime’s financial drama Billions, he had to change both the way he played the game and the game he was playing.

And that’s exactly what he did on Sunday’s installment, titled “Hostis Humani Generis.” The latter is a legal term that basically means pirates and outlaws are beyond legal protection and therefore subject to the laws of whatever jurisdiction they are in. In other words, it’s a fancy way of saying the one percenters that Chuck has been railing against all season long, especially Prince, fall under the aforementioned law because they are essentially outlaws in his mind.

Conversely, Chuck kept losing to Prince when he tried to defeat him as if they were playing chess. The biggest loss, of course, was when his second-in-command Kate jumped ship from his attorney general’s office to work for Prince. At the time, Chuck declared that he had failed to “protect his queen.”

But with Kate off the board, Chuck had to re-evaluate everything and figure out how to get some wins. That’s when he stopped looking at the battle as a chessboard and started viewing it as a game of Stratego. Unlike in chess, Stratego creates a competition where most moves don’t end in the loss of the game and instead wear down the opponent over time. 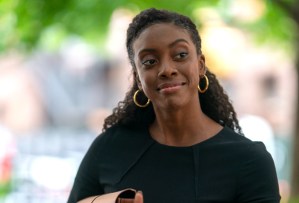 As his first big move, Chuck leaned on his new recruit Daevisha “Dave” Mahar, one of the sharpest legal minds he’d ever met. He sent Dave to meet with Kate under the guise that she needed help with some old cases that Kate hadn’t completed. In actuality, he wanted Dave to read Kate for clues as to what Prince was planning next in his bid to bring the Olympics to New York — and read Dave did.

Chuck and Dave already had the advantage of knowing Prince planned to bring a whole new fleet of fancy subway cars to the city. What he didn’t know is how the billionaire would try and circumvent bureaucracy to make his plan a reality. Initially, the union behind New York’s Metropolitan Transportation Authority pushed back against Prince’s plan because the new cars would render half of the subway workers’ jobs obsolete.

Prince swatted that problem away by not only creating a hefty “re-education fund” for the workers but also donating $2 billion to the MTA to push his cars through sooner. The MTA was pleased, and everyone seemed raring to go until Dave used Kate’s “tell” (her mention of private sector immediacy) to tear the plan apart because the jazzy new subway cars were made by a Chinese company based in America. 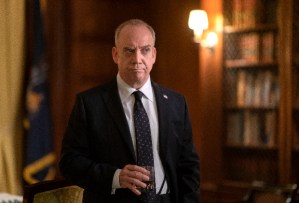 Because the company wasn’t an American company, that violated federal law, and Prince lost that round. When he tried to go around Chuck by talking to the governor, Prince walked in and saw that Chuck had beat him to the punch and had already commandeered the politician’s time and ear. Unlike in last week’s episode where Gov. Sweeney sided with Prince, this time, he was on Chuck’s side, and Prince realized he would have to put a pin in his subway ambitions for now.

In the meantime, Prince’s desperate desire to add his alma mater, the fictional Indiana A&M, to his exclusive list of investors also created an opportunity for Chuck to use Prince’s personal interests against him. He found out the president of the college was skimming money off the top and blackmailed the guy to spy on Prince on the AG office’s behalf.

In that regard, Prince thought he had won one, but Chuck and viewers knew otherwise. The university leader wasn’t the only double-crosser. Taylor betrayed Rian and their ex-girlfriend Lauren to take out Leon, the owner of a home training workout brand who threatened to expose the Prince List for taking on the NYPD’s pension fund as a client. 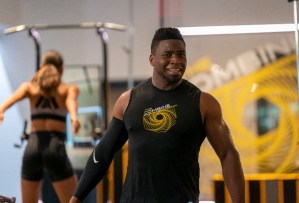 A staunch defund-the-police type, Leon ironically ended up being defeated by the very social media platform he threatened to use against Prince if he didn’t dump the cops. On one hand, Prince agreed with Leon’s politics, but on the other hand, he didn’t like that Leon had threatened him, so he had Taylor go on the attack because they brought Leon to the list, per Lauren’s request.

In order to defuse the Leon situation, Taylor bought an app company that Rian had suggested behind Rian’s back and used it to embarrass and expose Leon on social media. This infuriated Rian, but Taylor treated her with the same indifference Prince treated them with when he brought in the big telecom companies on Taylor’s grassroots Wi-Fi plan, which lost all semblance of philanthropic good as a result. Lauren also lost her job because of their play, and Taylor didn’t bat an eye.

Meanwhile, Prince refused to cut Scooter’s nephew loose, despite Scooter’s every attempt to get him out of Prince’s company. By episode’s end, Prince told Scooter he needed and wanted Philip to take over Michael Prince Capital when they made the move to “that other thing.” What? Prince isn’t going all Heaven’s Gate on us, is he? Talk about a twist.

What did you think of Chuck’s overdue win, and are you as curious and concerned about Prince’s plans for the future as we are? Drop your thoughts in the comments.

Lupin season 1, part 3: Will there be more episodes of Lupin on Netflix?

Listen To This: Tired Of Crying!