Comedian Bryan Callen has adamantly denied allegations of rape and sexual misconduct detailed by four women in a report yesterday.

The Goldbergs actor took to Twitter last night to hit back at the claims made in the LA Times and vowed to tell his 'truth' on his podcast, The Fighter And The Kid today. 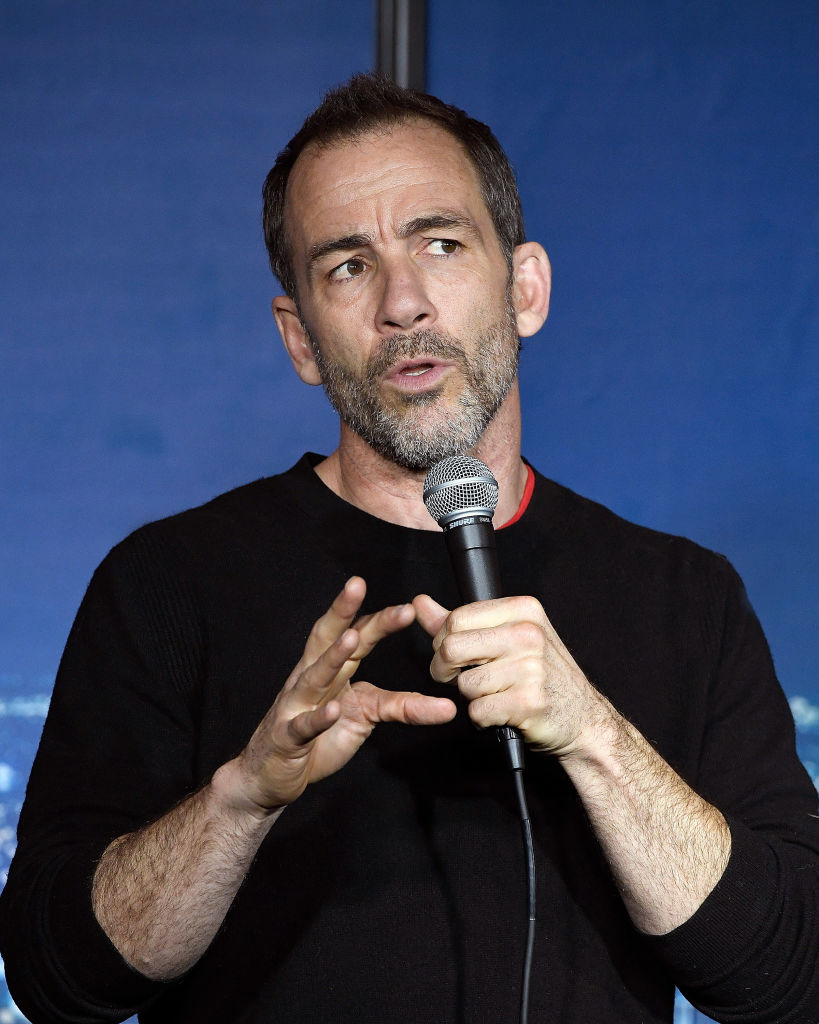 He wrote: "Let me be very clear: I have never raped, forced myself upon any woman nor offered to trade stage time for sex. EVER.

"The horrific and false allegations originated in today's LA TIMES will be addresses in detail in a special Saturday night edition of my podcast TFATK tomorrow.

"I will not allow the cancel culture to subvert what I know and as importantly, what these women know, is the truth."

On Friday, The Los Angeles Times reported actress Katherine Fiore Tigerman claimed the 53-year-old raped her in 1999 – something he denies. 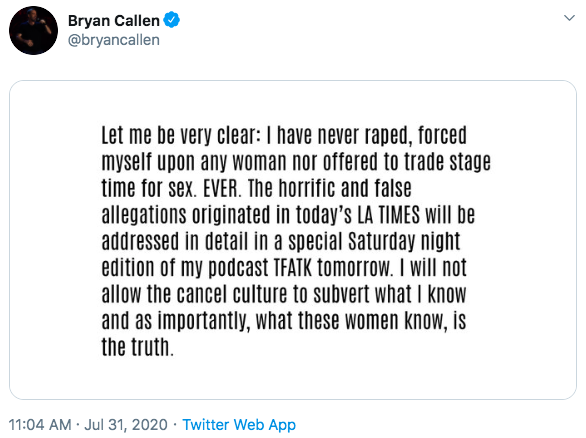 She alleged to be at his home above West Hollywood’s Sunset Strip when he “pushed her down on the mattress.”

The piece reports that Katherine claimed he ran his hands over her body and continued despite her allegedly telling him “no.”

She claimed she then told him: “Please, this is not what I want to be doing right now.’ 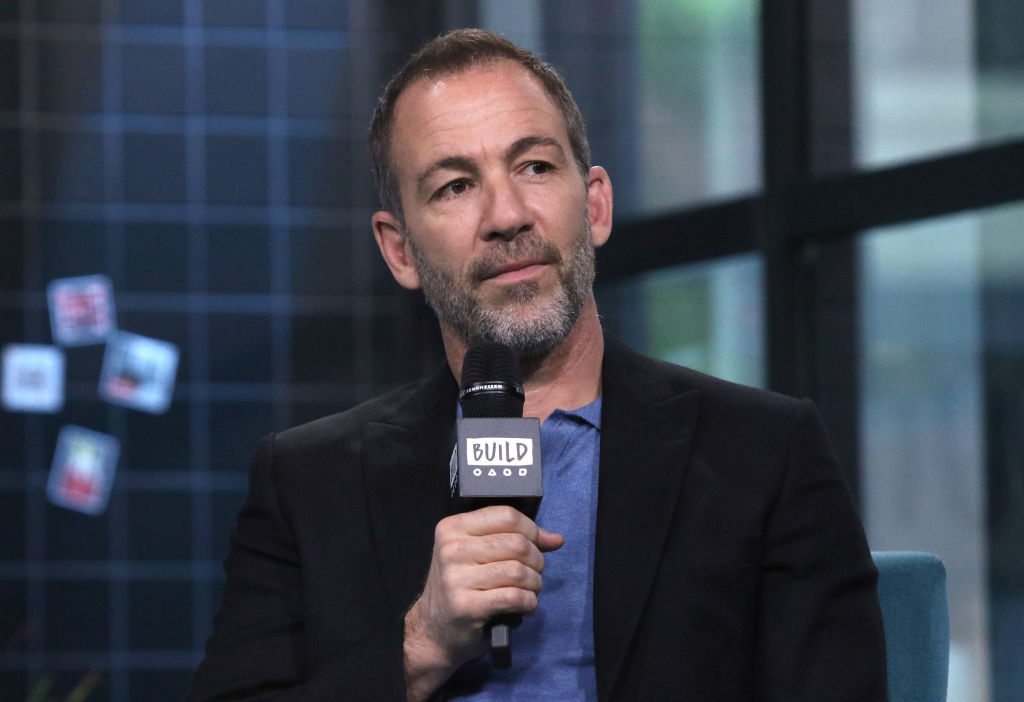 Katherine claimed she felt “powerless” and did not think she could escape the alleged encounter so she “checked out” and remained silent.

She told the newspaper that she did not feel comfortable going to the police at the time because she felt submitting a rape kit was “physically invasive.”

A second allegation came from Rachel Green, who claimed to the LA Times she assisted the standup comic while shopping during her time working at an American Apparel store in Pittsburgh in 2009.

Rachel claimed he returned to the store the following day after the first visit and was groped by Bryan in a dressing room. 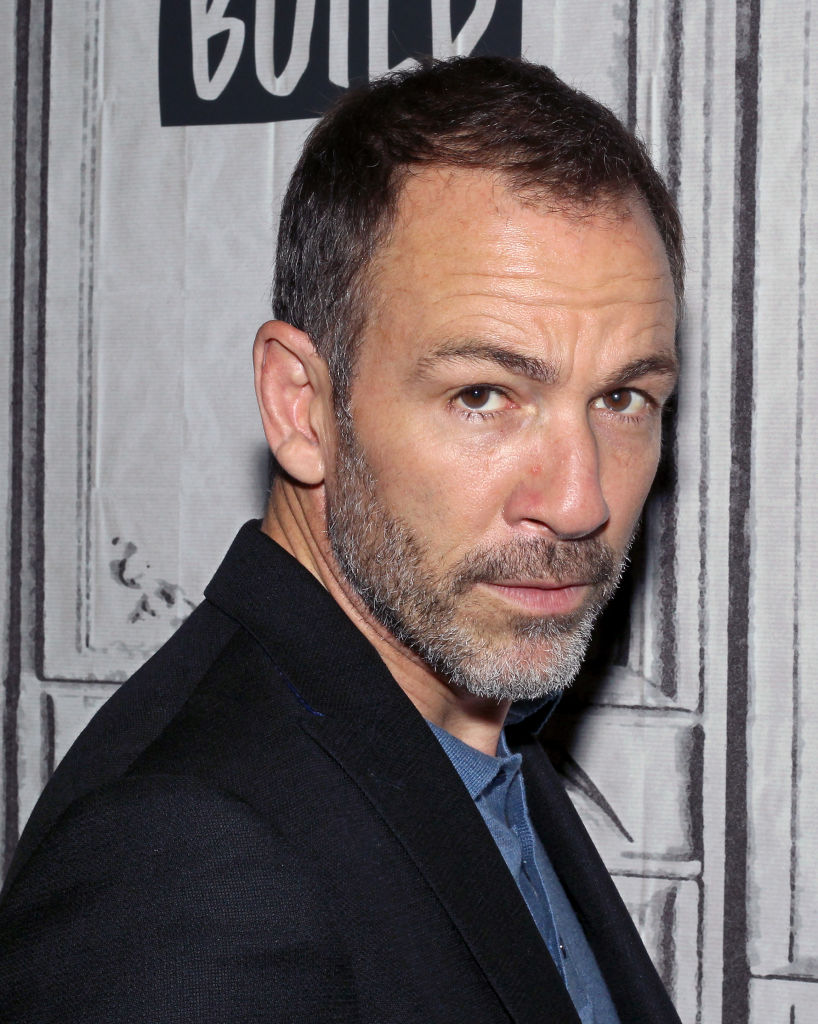 She alleged: ”It was one of those tight gross little things. He ran out of the fitting room to grab something, so I went in to get the clothes he'd already tried on.

“And then he comes in, pushes me against the wall, closes the curtains and starts kissing my neck as he asks me if I'm going to get in trouble.”

Comedian Tiffany King alleged that Bryan offered money and asked for a "blow job for stage time” while driving together in 2017.

The fourth accuser, Claire Ganshert, claimed that she was “starstruck” meeting Bryan while working as a barista in New York City in 2012. 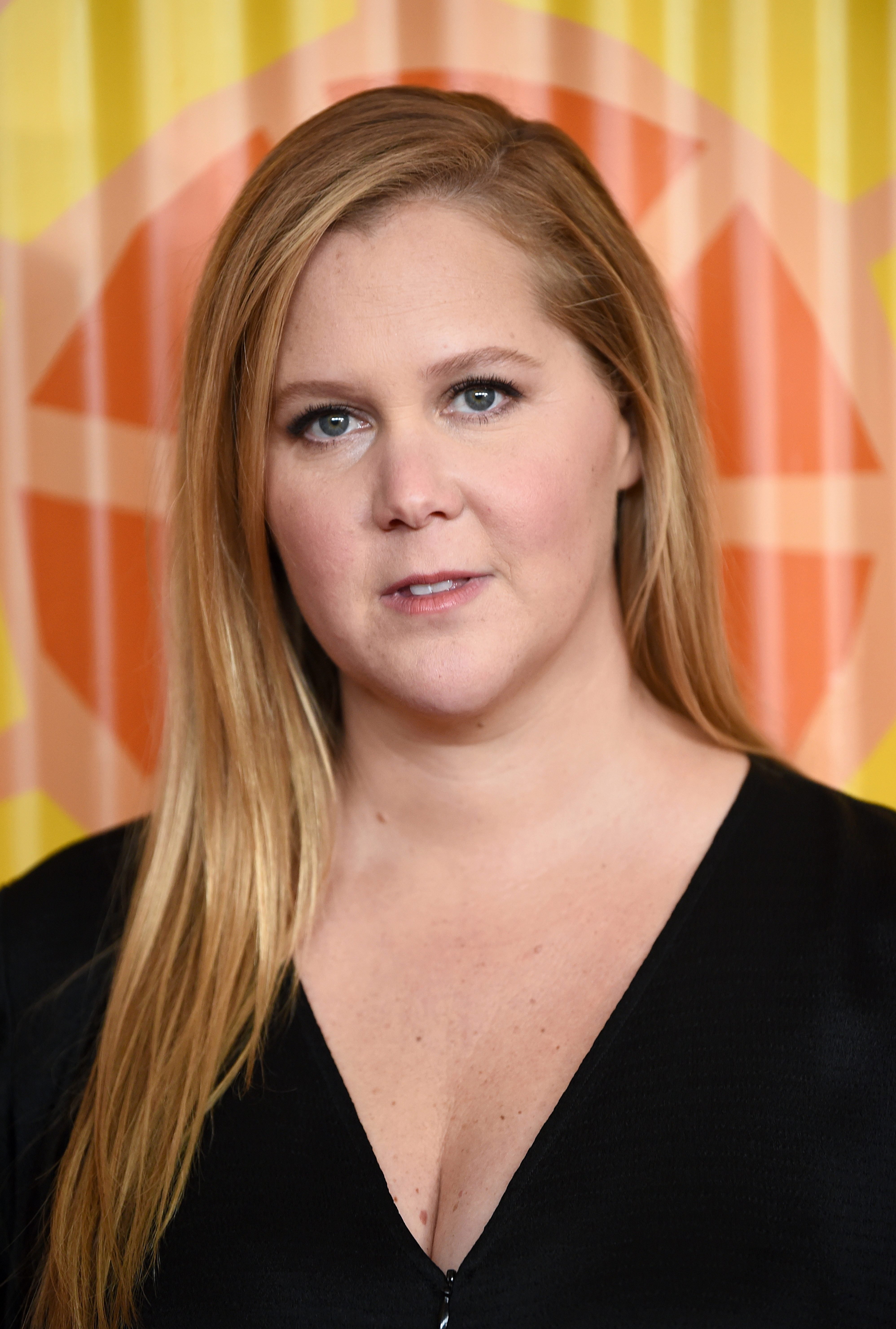 Claire said the two quickly started having sex but she was kept in the dark about his wife, Amanda Humphrey, whom he’s been married to since 2008.

She also alleged that in 2016 – the year their physical relationship ended – Bryan told her that women have a “biological, primal desire to be raped.”

In light of the allegations, Amy Schumer came out in support of the "brave women" who accused the comedian. 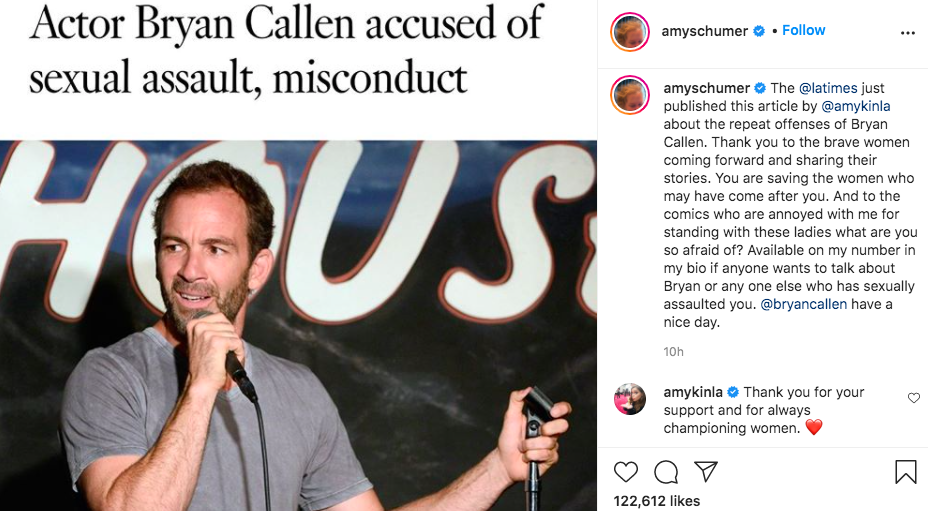 After the claims came to light, Amy, 39, voiced her encouragement for the accusers by sharing a screenshot of a news headline.

The Trainwreck star captioned the post: “The @latimes just published this article by @amykinla about the repeat offenses of Bryan Callen.

“Thank you to the brave women coming forward and sharing their stories.

“You are saving the women who may have come after you,” she wrote of future generations.

The mom of one continued: “And to the comics who are annoyed with me for standing with these ladies what are you so afraid of?

“Available on my number in my bio if anyone wants to talk about Bryan or any one else who has sexually assaulted you.”

She concluded the message by sarcastically wishing Bryan to “have a nice day.”

What time is PMQs today and why do MPs stand for Prime Minister’s Questions? – The Sun

Man City face two-month wait to find out Champions League fate.. which would leave Man Utd in dark if they finish fifth – The Sun