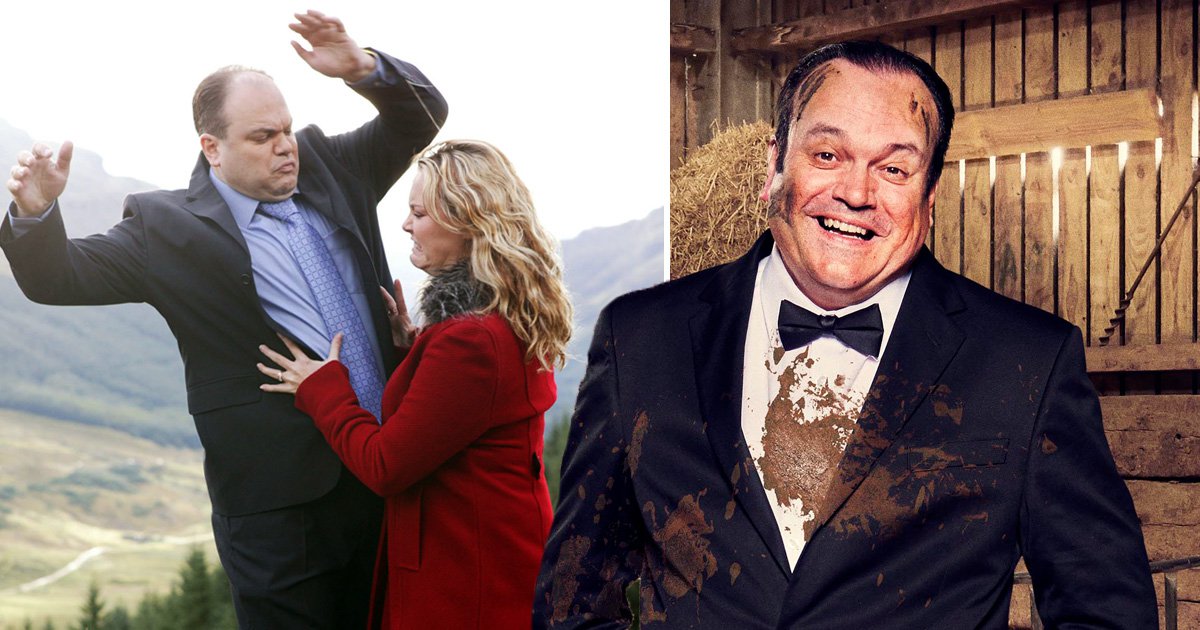 Shaun Williamson recreated that iconic EastEnders moment during his stint on Celebs on a Farm.

The actor, who played Barry Evans on the BBC soap, met his grisly end after his wife Janine (Charlie Brooks) pushed him down a hill and then watched him die after he hit his head on a boulder.

It’s a moment we will never forget.

Celebs on a Farm, which begins tonight, will see a number of famous faces being put through their paces by farmer Chris, who teaches them all about the agricultural way of life.

Speaking to Metro.co.uk ahead of the series, former Blue singer Duncan revealed that the highlight of the programme for him, was when Shaun recreated that famous scene from EastEnders.

‘My accountant has never forgiven her,’ Shaun joked.

Discussing why he wanted to take part in the show, to begin with, Shaun told us: ‘I think because we’ve been locked down, I really wanted to get out and do something exciting particularly in the fresh air.

‘That really appealed to me. I just remember feeling grateful which I don’t think is a bad thing to feel because we’ve been locked down and I’ve been out of work, I just felt grateful to be there.’

Host Stephen Bailey will also be back to front the programme to give his hilarious commentary on the celebs’ antics.

Stephen explained that there was a lot of funny moments during the series, but one thing that stood out for him was how terrified the celebs were of farmer Chris.

‘Every morning, farmer Chris tells the celebs off from the day before and they all look genuinely scared and he is the nicest man,’ he laughed.

‘I think them warming up to him was very enjoyable to watch.’

Celebs on a Farm begins tonight at 9pm on MTV.